On Sunday 14 August we started at the hot springs at Miranda, headed to Ngatea for coffee,
then took off over the Matahuru Hills.   We finally ended back at Miranda (some had a swim)
after stopping for coffee at Corogate.

Here's a few photos taken along the way.

Not sure what the interest is, but it is keeping 5 grown men interested.
This was right outside the coffee shop in Ngatea. Looks like a couple of shovels might have come in handy. 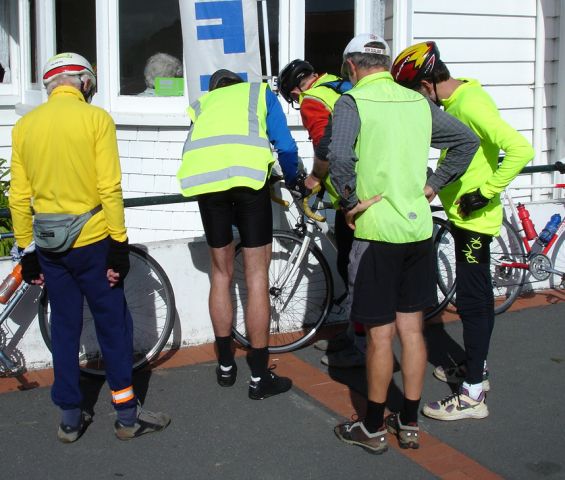 Ahh.  There's a wheel there, without a bike attached.
That must have something to do with what's keeping them interested. 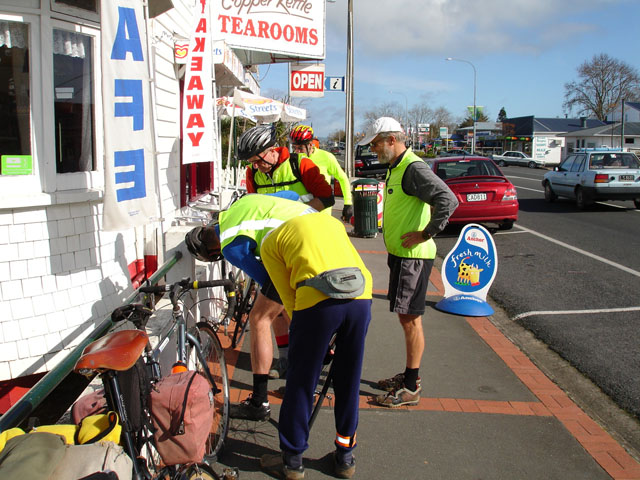 There is a nice gradual approach to the hills after leaving Kaihere. 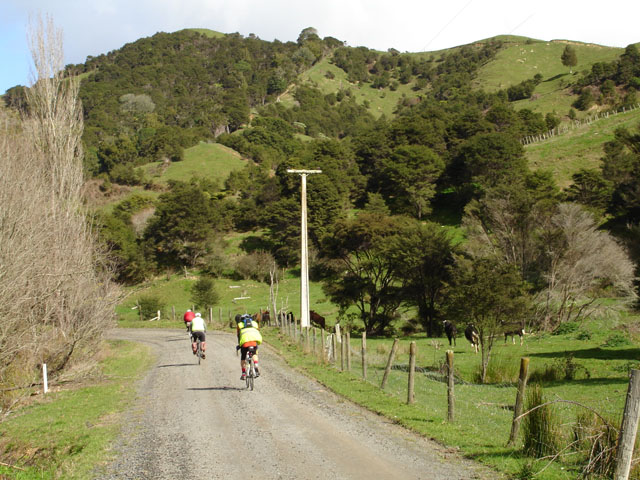 As you approach the Matahuru Hill, there is this lovely sign which shows that
you might not have too much trouble with other traffic. 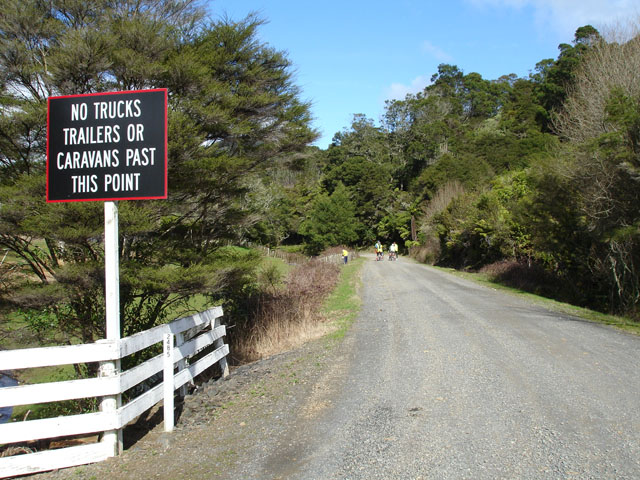 As it turned out, we saw only two cars between Kaihere
and lunch at the Matahuru Hall.

Climbing the eastern side of the Matahuru Hill. 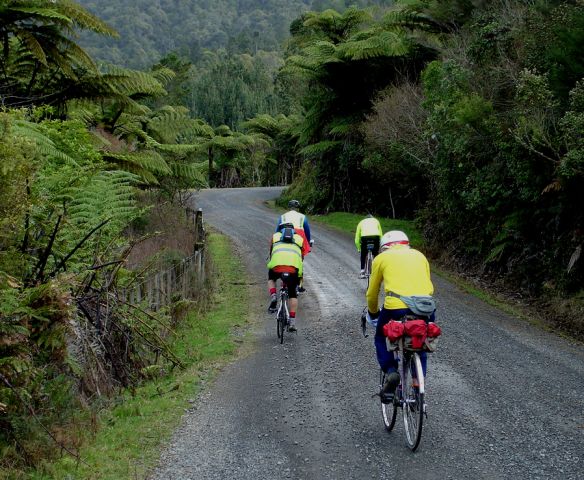 Once at the the top we had this lovely view looking west, with the road going down, down, down.
All we had to worry about was the two sheep on the road. 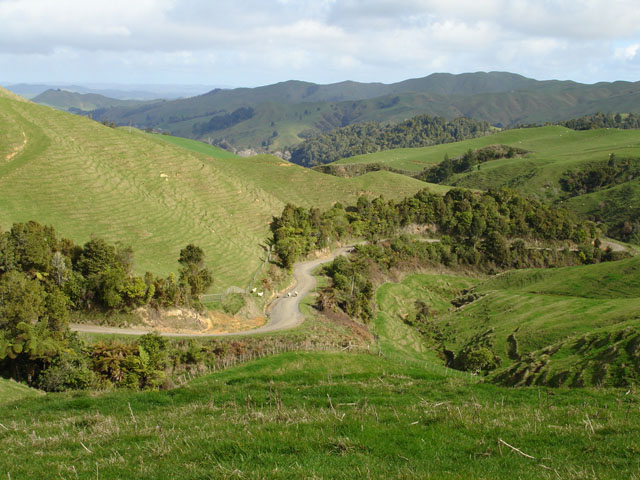