Bryan told us that the ride he was taking us on today would be about 85% on paths
rather than roads.  Sounded like fun.

We ended up doing about 50km, but it was really different, as you will see below.

Here we are on the high speed pathway sandwiched between the NW motorway and Chamberlin Park Golf Course.
(That explains the high fence on the right.) This is the descent, on one of Auckland's better cycle paths, from Unitech down to
the bridge over the Great North Road.

Reflections on a Coffee Stop.

We got our caffiene in Henderson.
There was some lovely grub at this café, the Hollywod Bakery, next to
The Warehouse at the Lincoln Centre. 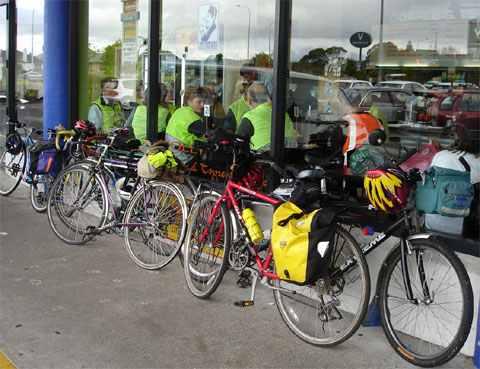 We then went off road.  This is heading alongside the Henderson Creek towards Falls Park. 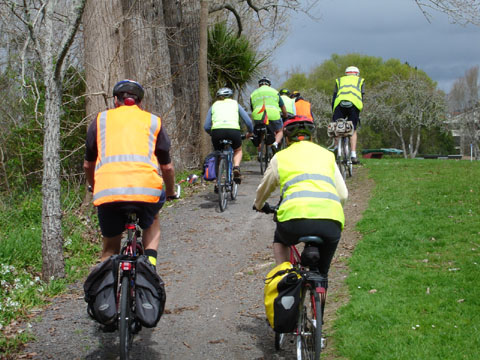 We passed a sign that said, "Path Closed."  Of course we ignored it.
But eventually the path petered out in someone's back garden. 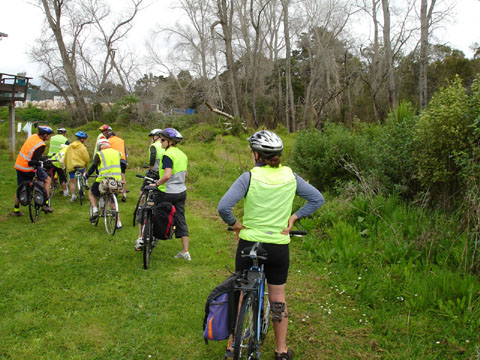 So we retraced our steps (or tyre tracks) to a bridge we had seen earlier
so we could try our luck on the other side of the stream. 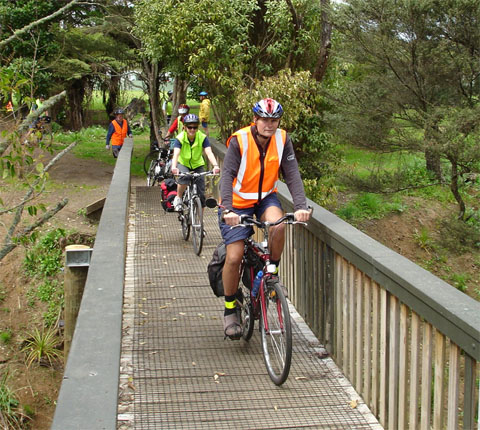 The track became very narrow as this rear vision shot shows.
At this stage Bryan's tandem was having a few problems getting over fallen trees and
around sharp bends.  ( So were the solos! ) 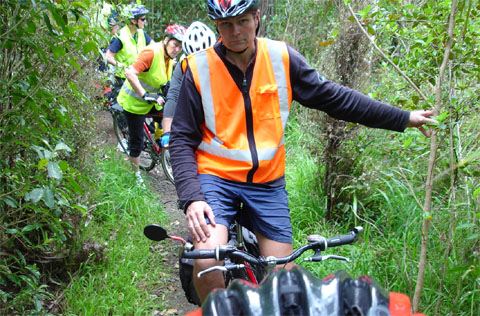 We had been told there would be some steps, but mountain bikes had obviously been using this
little shortcut.  This is decidedly not your normal ACTA activity.  But it was heaps of fun. 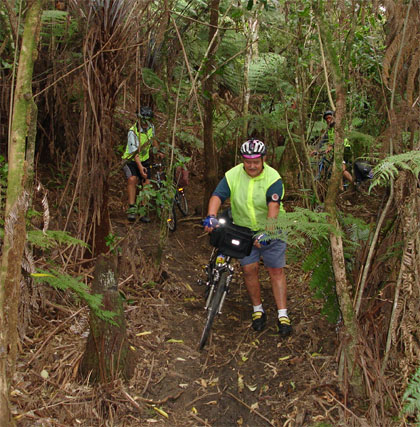 We eventually returned to civilisation at the back of the Corban's Art Gallery. 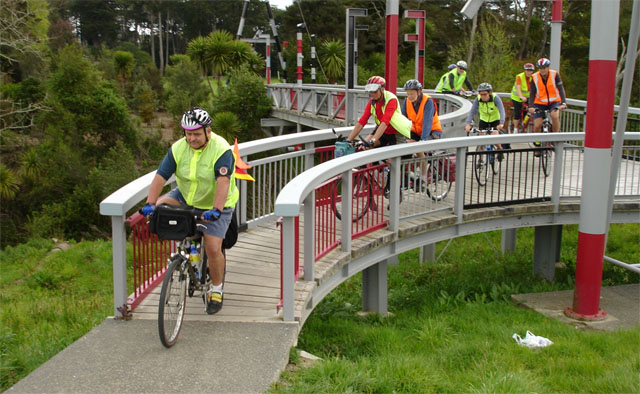 But we had to ask ourselves,
"Is it art?" 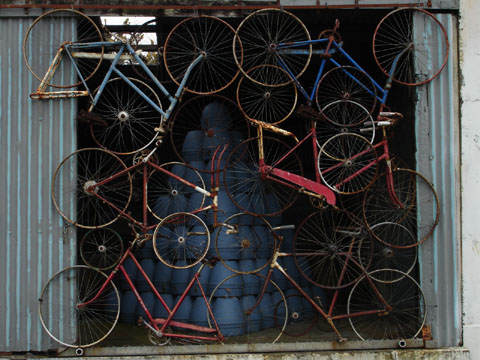 We finally arrived back at Falls Park for a well earned lunch stop. 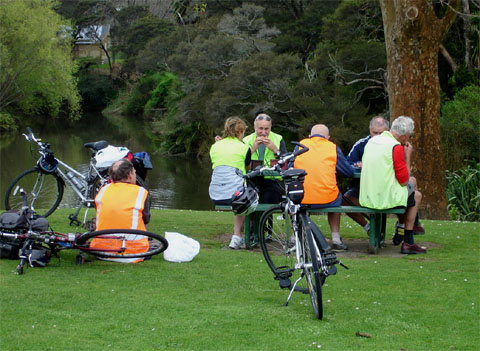 From here we stayed on park paths, following the Creek, until we rejoined the
NW motorway bike path and headed back to Carrington.  We then continued
largely off road back to our cars in Mt Roskill.