Today Bryan took us along the recently opened path along the foreshore
of the old Mangere Oxidation Ponds, from Ambury Park to the Otuataua Stonefields.

We then carried on to the airport for the usual.

Bryan gets back on the tandem after negotiating the first gate of the day.
This part of the path probably had the roughest surface. 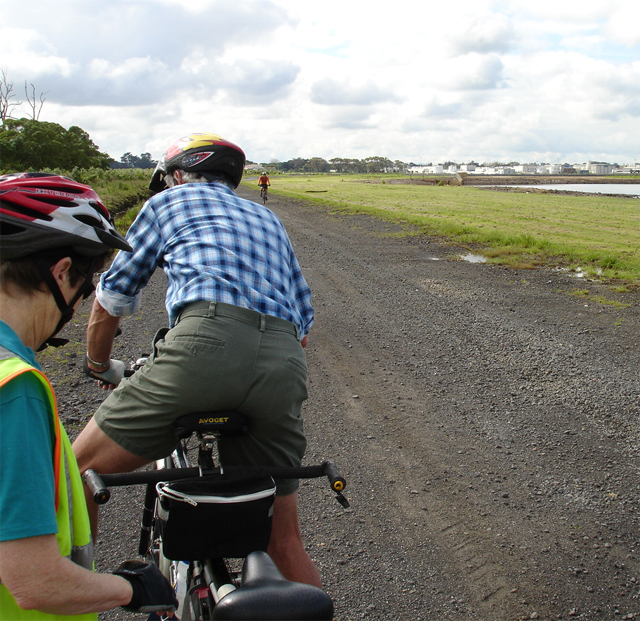 Here the surface is pretty good, although a little narrow.  We have just come down a few steps, which was not a problem -
we simply got off and walked. 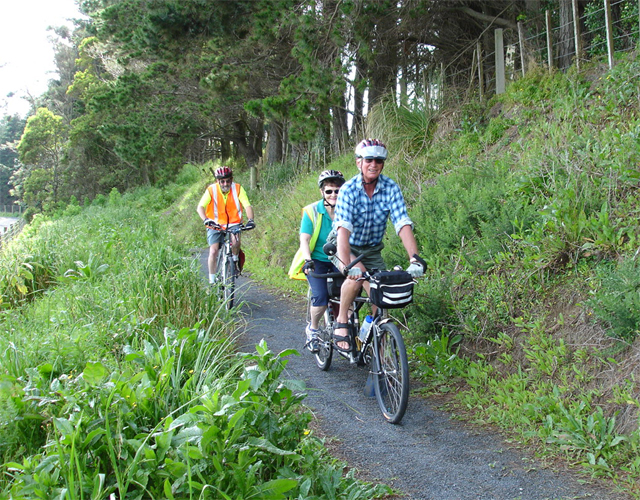 This is approaching the new access path to the Stonefields alongside the new road bridge on
Oruarangi Road. 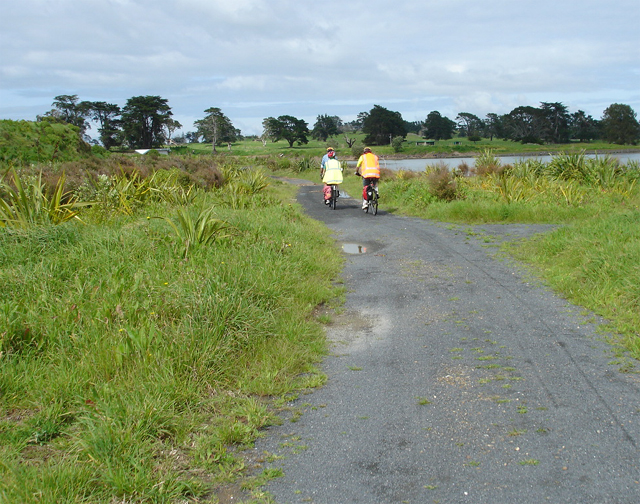 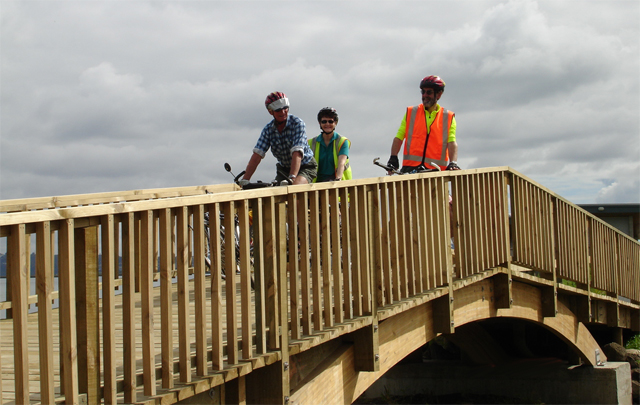 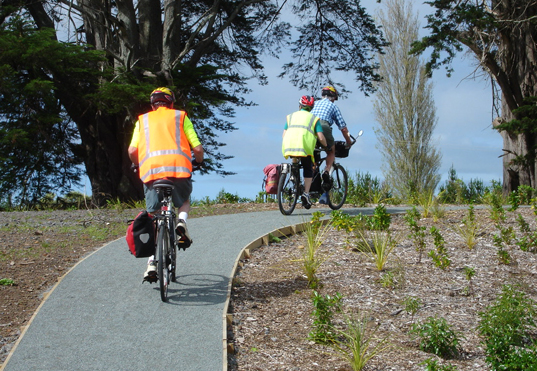 The path is starting to peter out and it's time to consider our options.  Looks like Bill
is contemplating heading straight out to Manukau Heads. 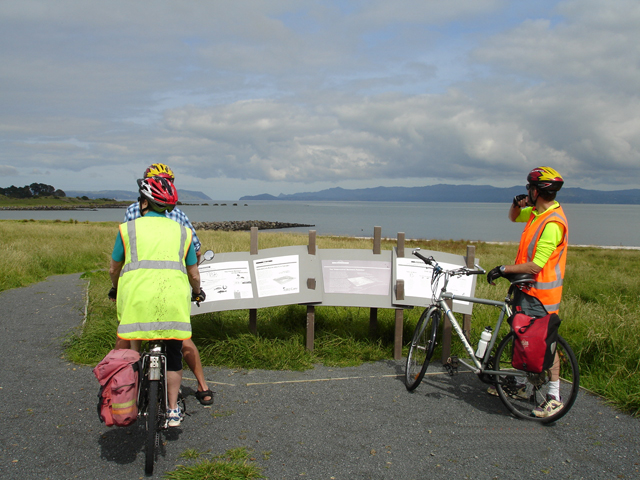 We ended up having to cycle across a couple of fields occupied by a herd of heifers ( they probably thought they were
being invaded by a bunch of bikers) until we reached this last gate near the Stonefields avocado orchard.

We had a couple of gates like this where Bryan had to upend the tandem.
Luckily the rear mudguard was a short one and did not scrape the ground when he was doing this. 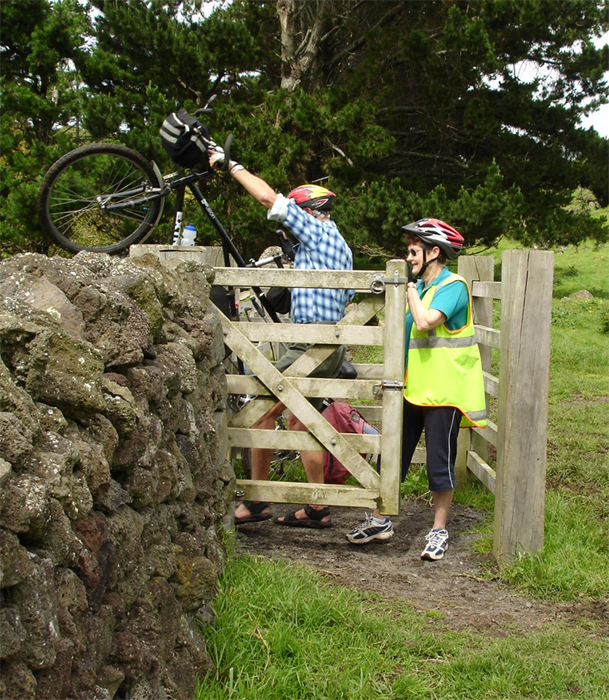 And here's the shot you have been waiting for - the caffiene stop.
Thank you Bryan for letting me eat at McCafé - those walnut
and carrot muffins are delicious. 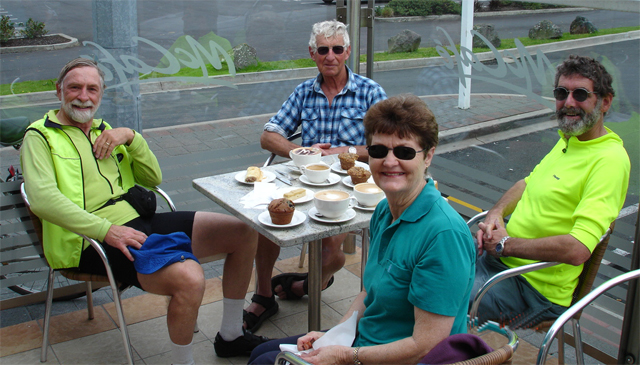