This ride started in Ohakune and went down the Whanganui River Road
to Wanganui on the Saturday and returned up the Whangaehu Valley Road
on the Sunday.

One the way to Raetihi, with Ruapehu as a beautiful backdrop. 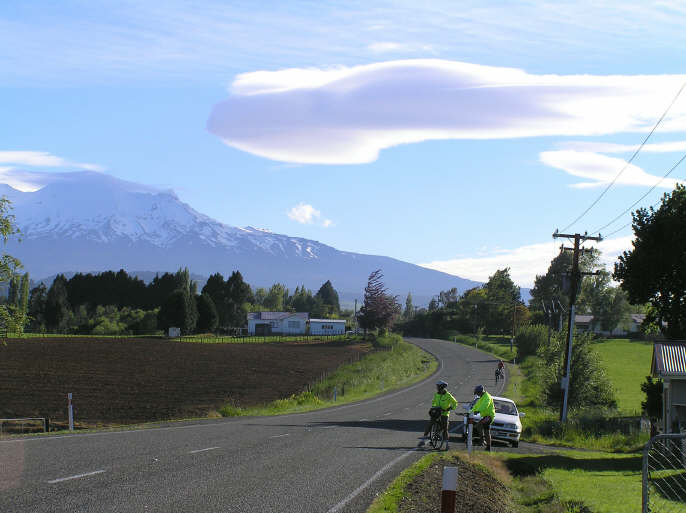 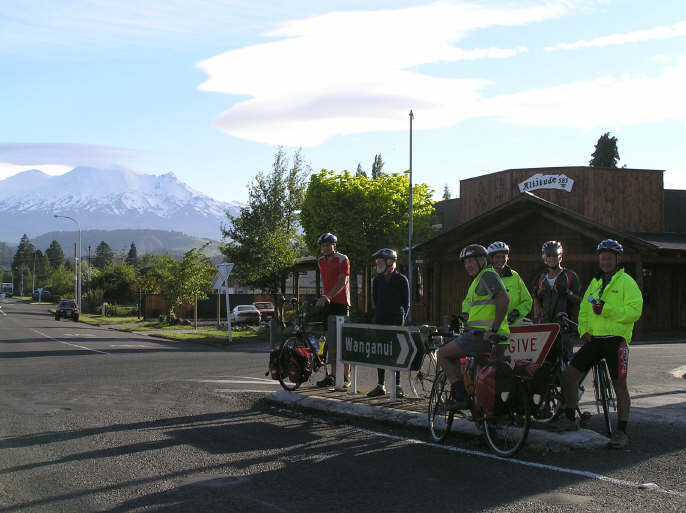 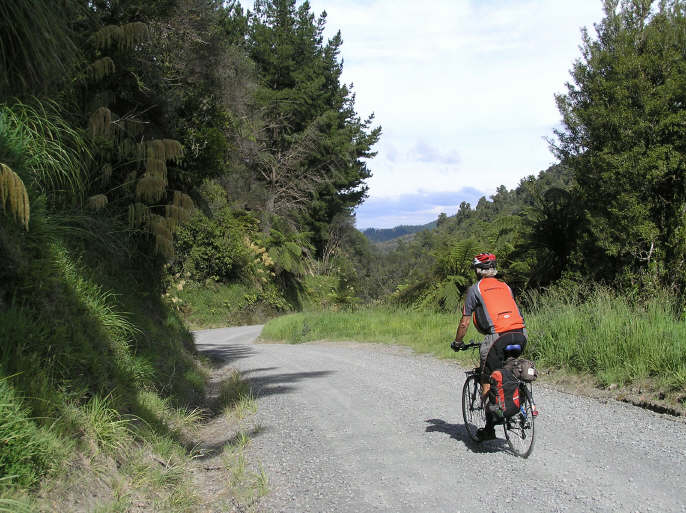 Pipiriki coming in to view in its bush clad setting 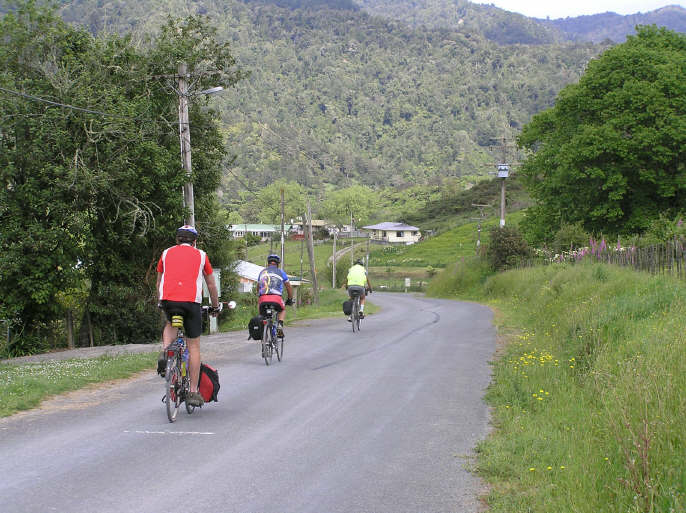 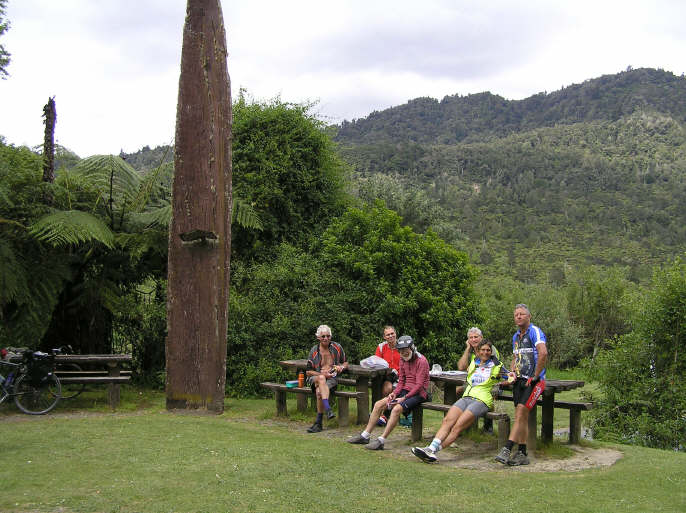 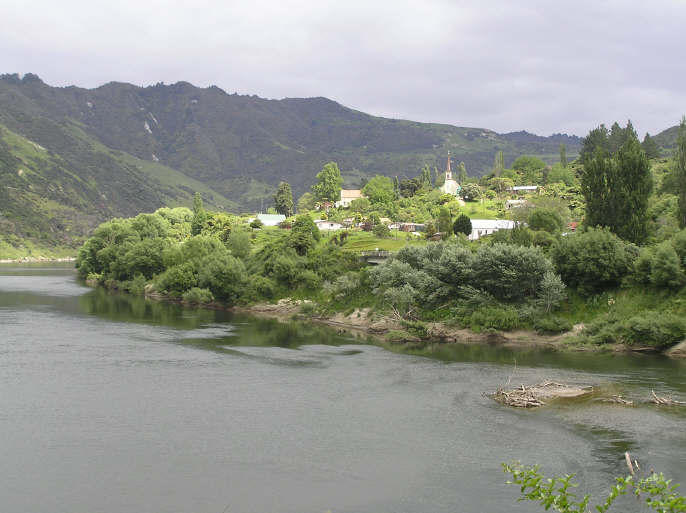 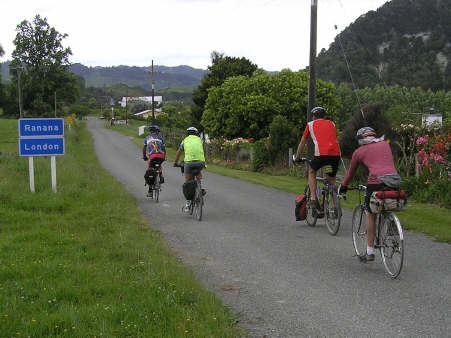 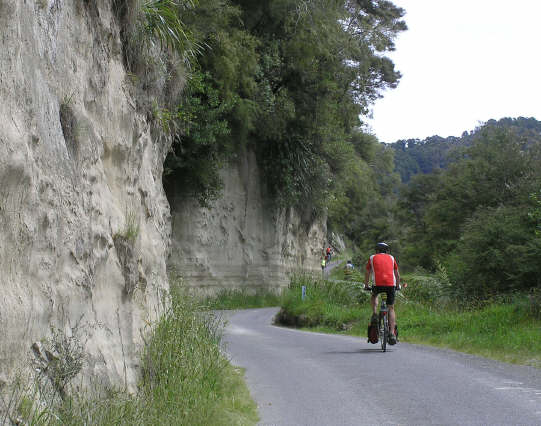 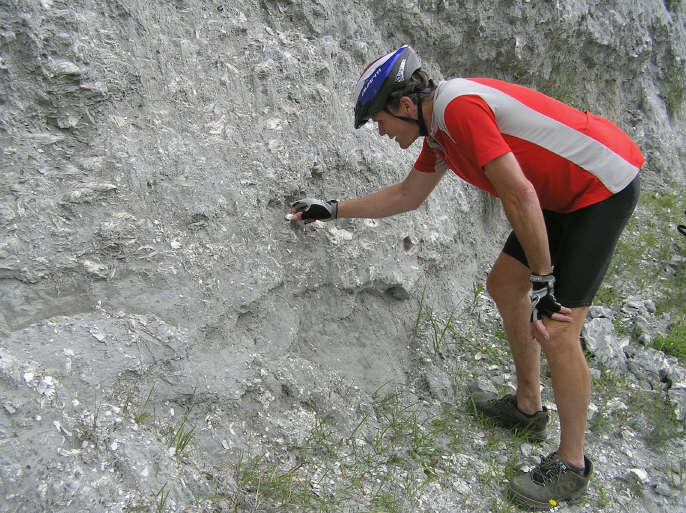 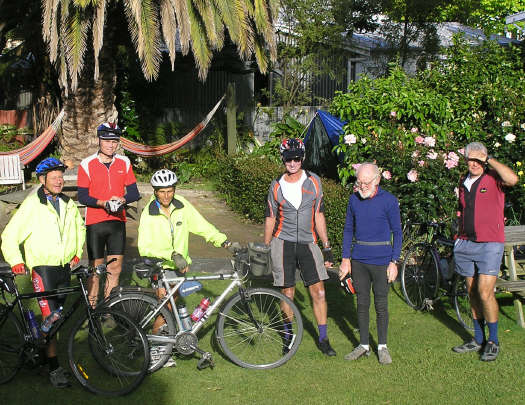 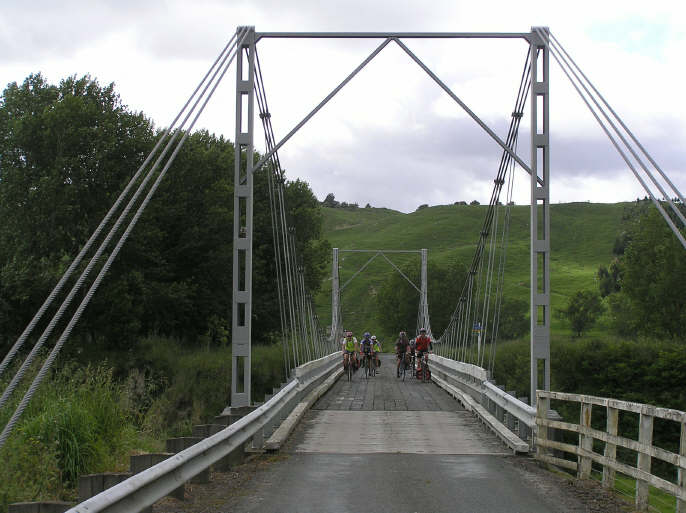 Ready for floods.
(When the ash dam on the Crater Lake on Ruapehu breaks
it is expected the resulting lahar will flow in to the Whangaehu,
as it did on Christmas Eve,1953 creating theTangiwai train disaster
in which 151 people died when the Wellington - Auckland express train reached
the bridge crossing the river the same time as the lahar.
Many precautions have been taken to prevent a repeat of that tragedy.) 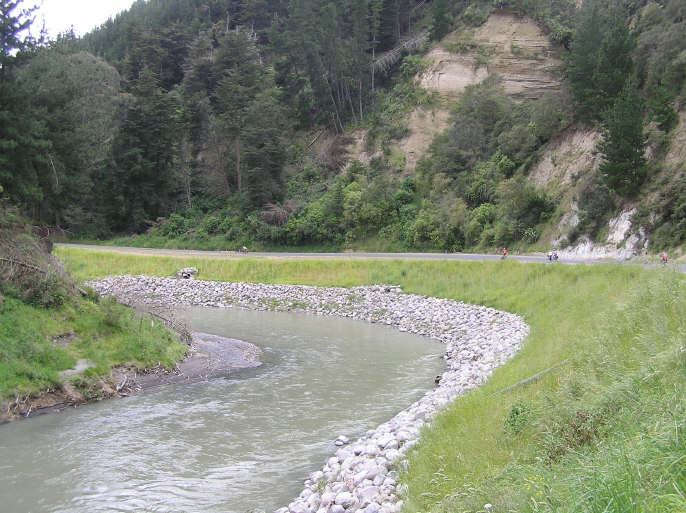 The old hotel at Mangamahu 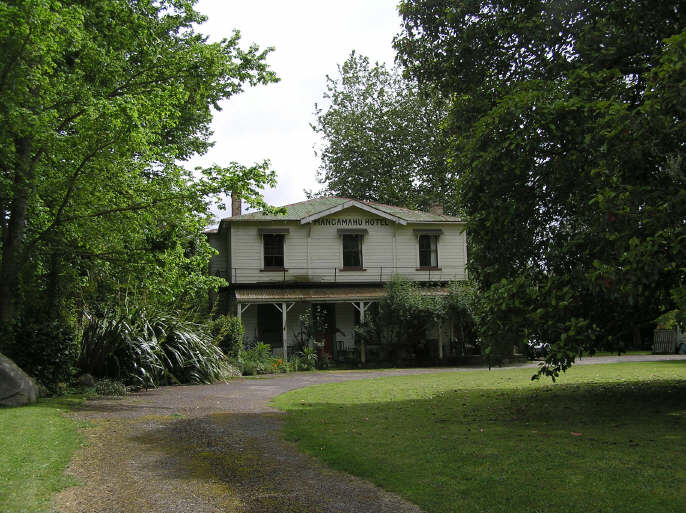 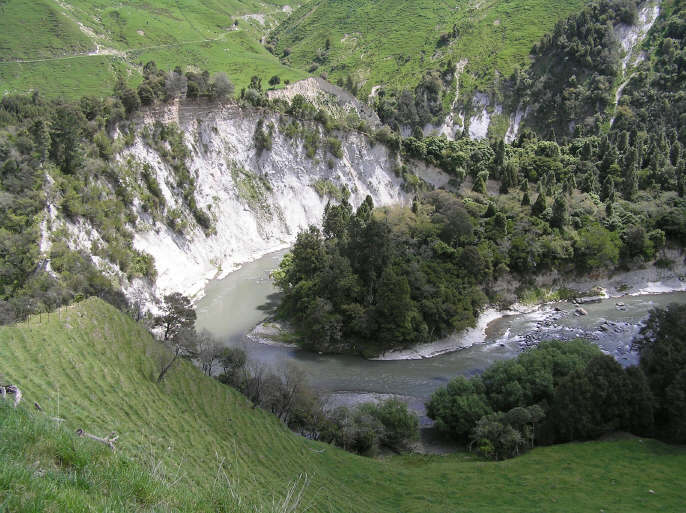 Burma Hill proved a bit too steep to ride 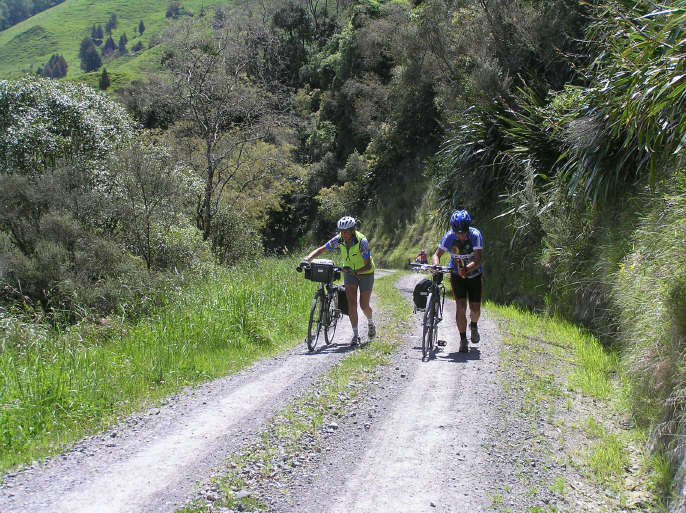