Here are some photos of the happy munchers
from the

Association of Cake and Turkey Aficionados.

The very enjoyable lunch was at the Whangaparaoa RSA. 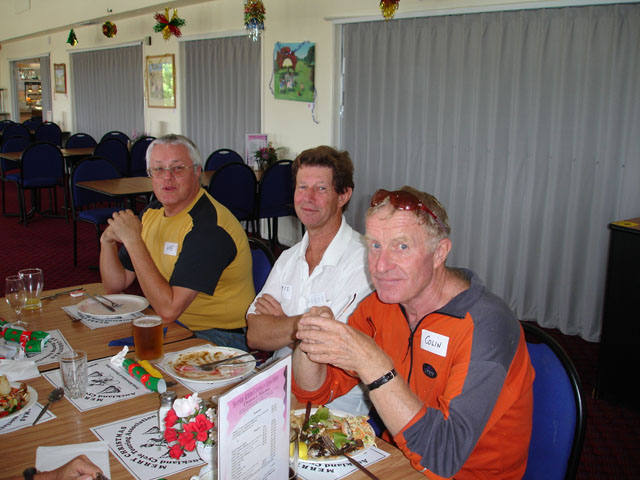 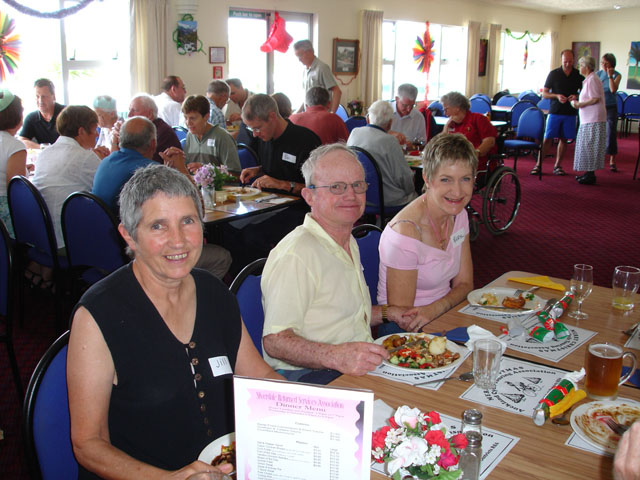 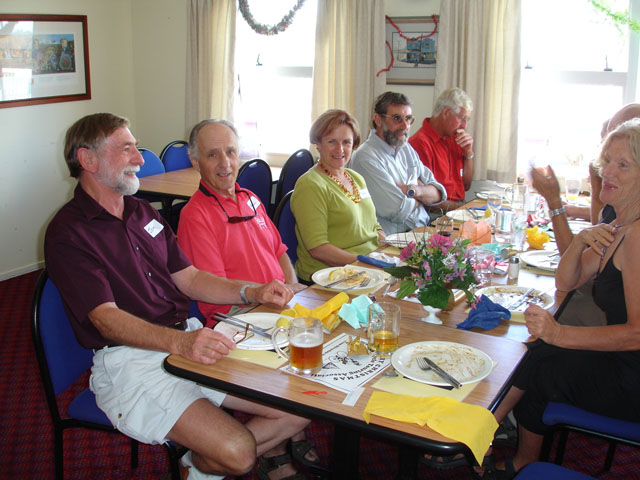 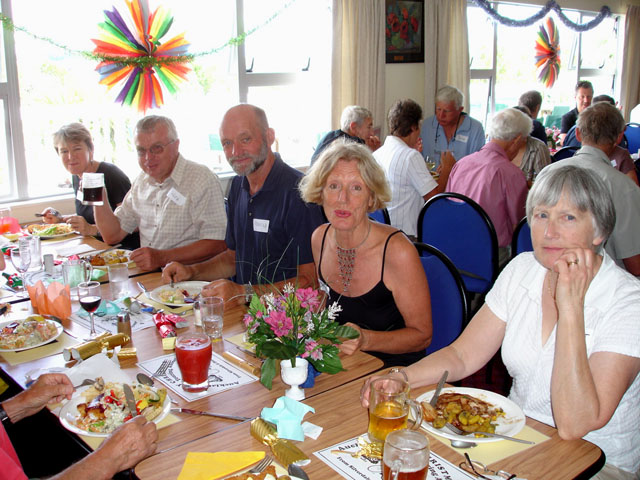 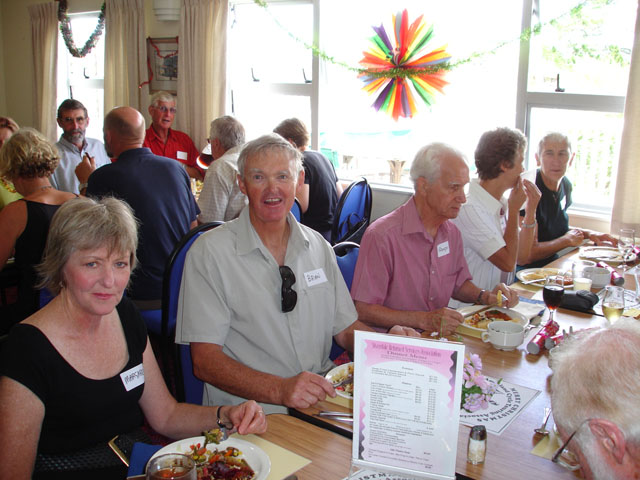 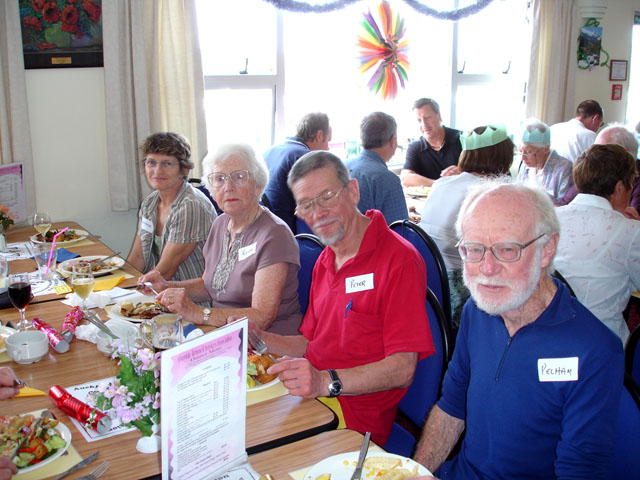 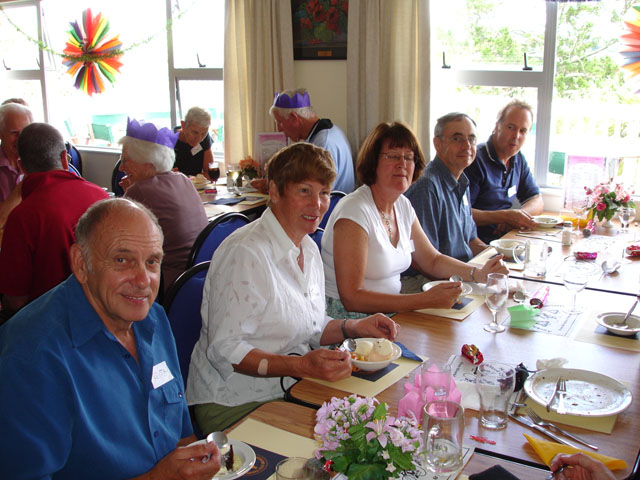 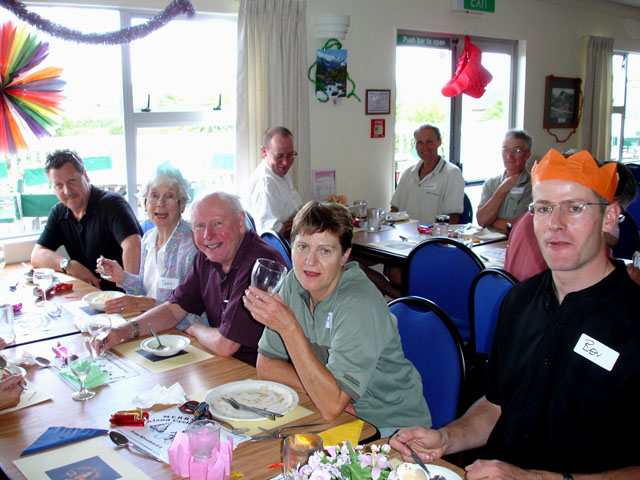 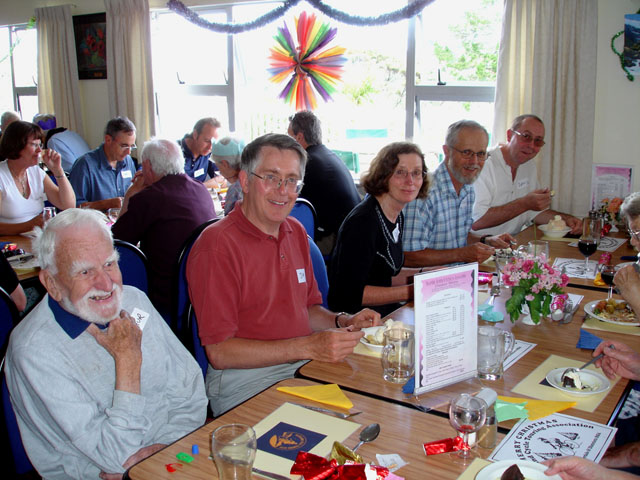 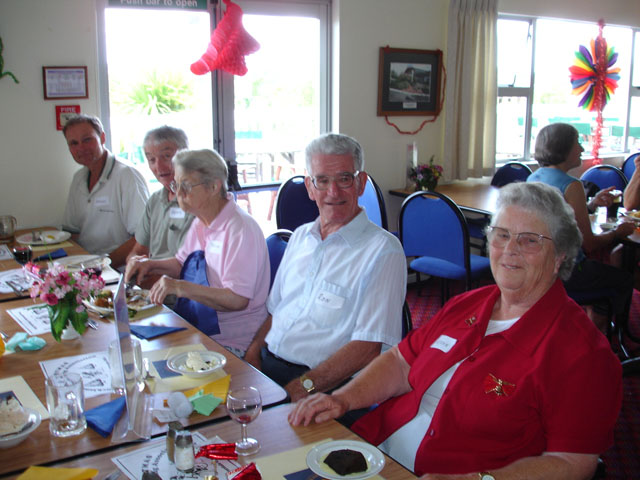 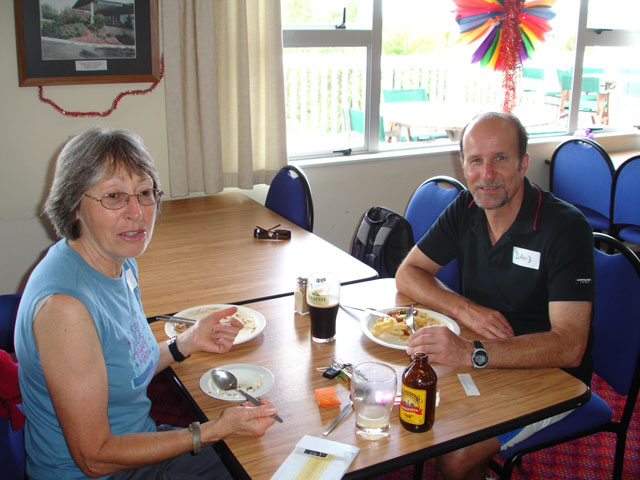 And now it's time to see the Trophy Winners being presented
their awards by President Betty. 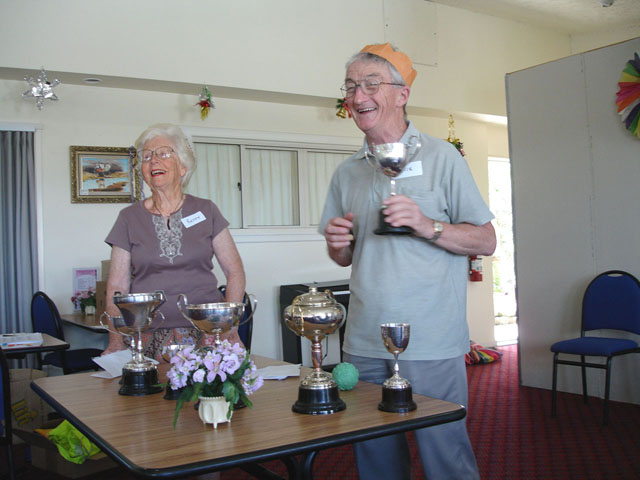 The Best Allrounder Cup went to Pelham for his regular
turning up on Wednesday and Sunday rides
as well as most long weekends. 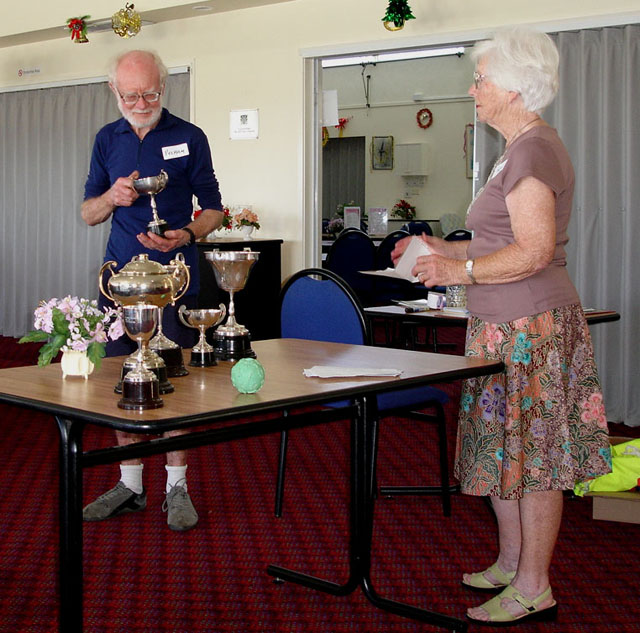 Bill got the Hill Climb Trophy as he seems to be able
to pick out rides with plenty of hills,
and he has scaled quite a few on both wheels and on foot. 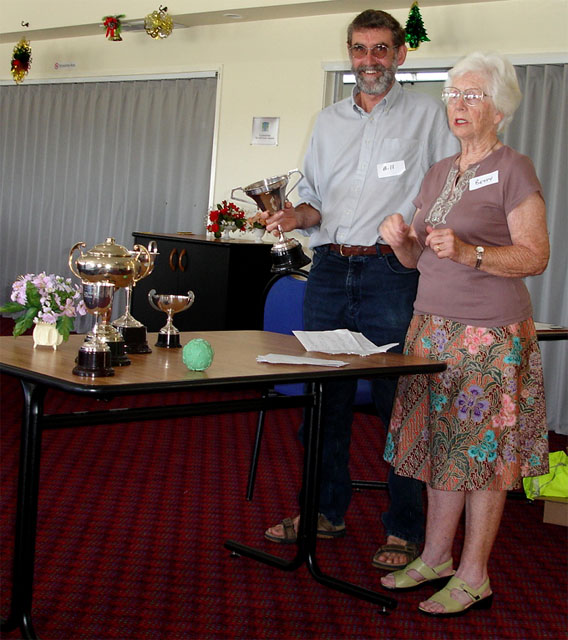 Robert received the Junior Cup as he is a relatively
new member, and he regularly turns up on our rides. 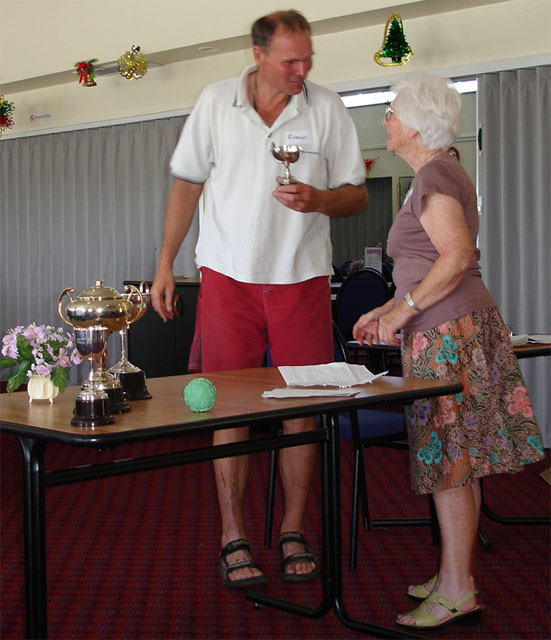 The Ruff Stuff Cup was awarded to Rowena
for keeping a rough record of our various ride routes. 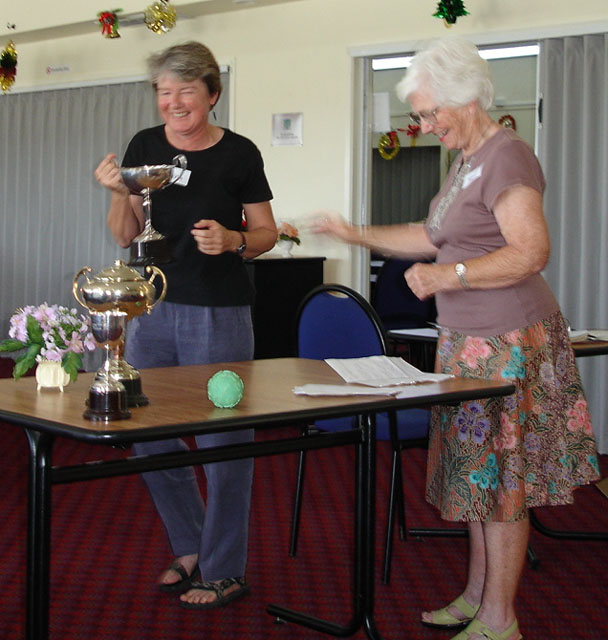 Bryan got the Tourist Trophy recognising his long distance
overseas and NZ touring, as well as his regular attendance
in all Club activities.

(He tried to get a genie out of the cup, but it was being rather shy today.) 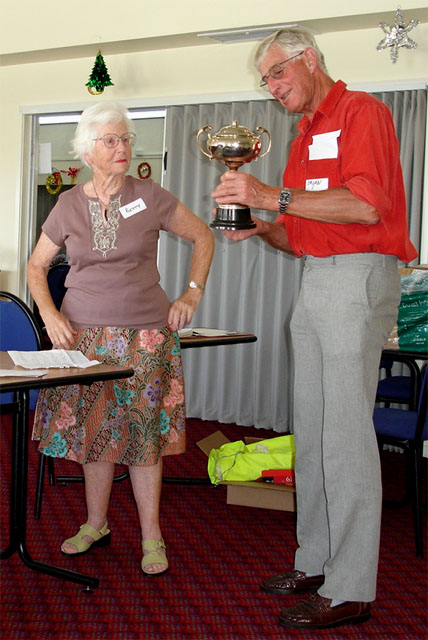 The Trialist Cup was awarded to Cathy, but she was not at the
lunch to receive it.  It was awarded to her as it seems
she is always trialing out a new bike.

Finally, a group photo of our new Trophy Holders. 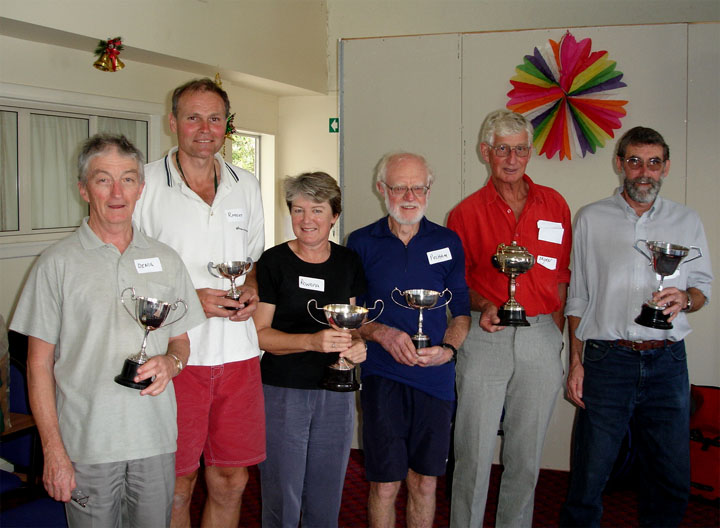