A very beautiful ride, through picturesque country and over
3 rewarding hills.  Several kilometres of gravel thrown in
for added fun.

5 riders did this ride.

Between them they would have had in excess of 300 years living.

You would think they would have checked the weather radar
before going setting out.

They could have confirmed the satelite images.
Warkworth is under there somewhere. 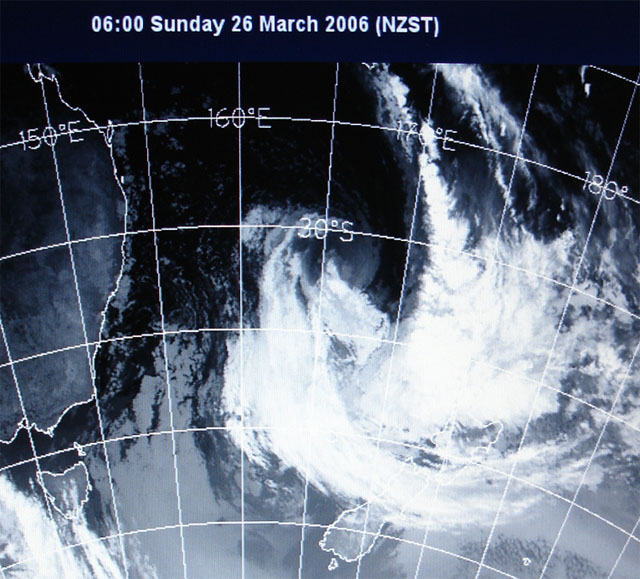 Wolfgang risked drowning his camera to capture the joy of
descending the gravel road in to Pakiri. 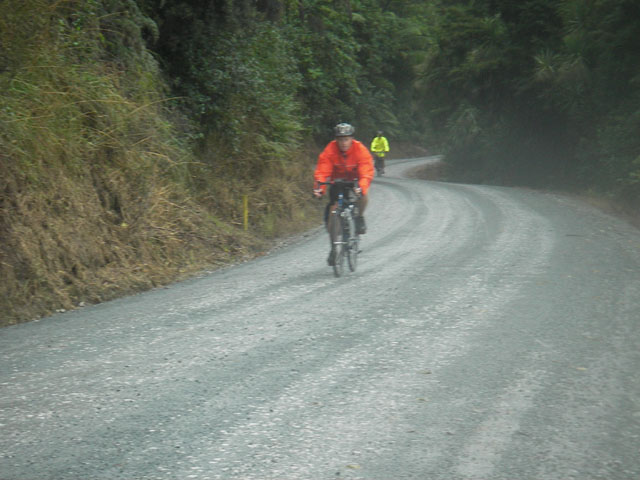 Followed by Pelham and John McK.
Looks like the camera was starting to feel the rain. 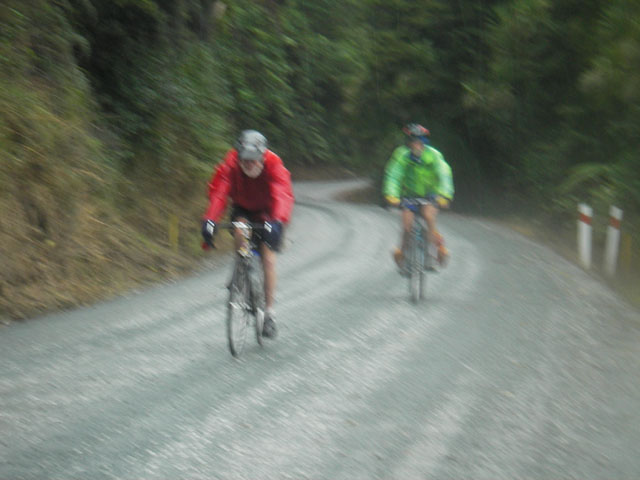 At Pakiri school we had lunch under the shelter of the sun shade.
At least, here, it was only wet where the water was steadily soaking through. 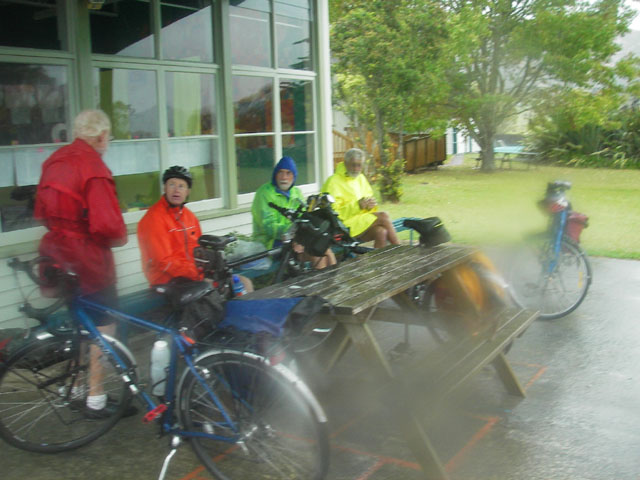 At the end of the day we all agreed we had had a great ride.
Well  -  what else could we say??

Tell you what - the hot showers when we got home were fantastic.