Here are the 2006 photos of the happy munchers
from the

Association of Cake and Turkey Aficionados.

The very enjoyable lunch was, once again, at the Whangaparaoa RSA.

First up, there are three views of much chatting
(sounds like an English Village)
before we started the important task of eating. 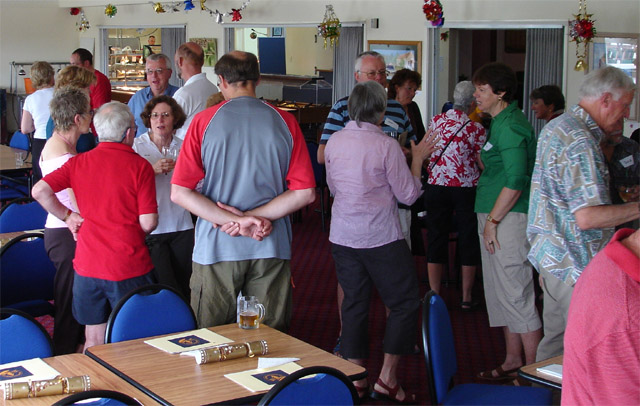 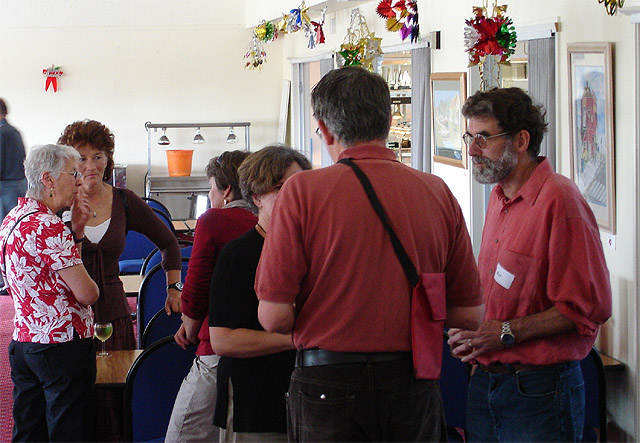 After lunch it was time for the Trophy Winners to step forward and
receive their awards.

It must be remembered that, many years ago, the club was
quite competitive and members strove for an award.

However, in recent times a more laid back approach has been taken, with some novel reasons being found for presenting the trophies.

John G presents the Trialist Cup to Robert.  This recognises Robert's
efforts in trialling out new and ingenious routes around town for us to enjoy. 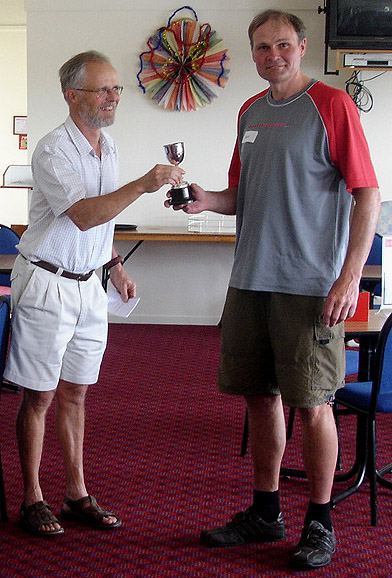 The Best Allrounder Cup went to Pelham for being, well, the
best allrounder.
Interestingly, he got this one last year as well 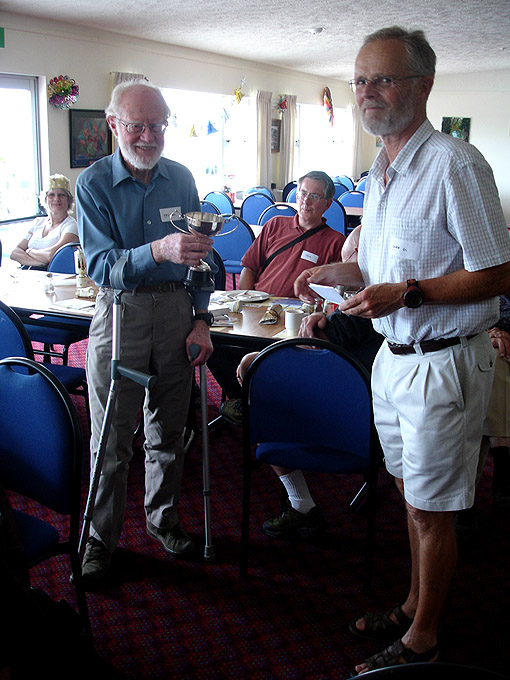 Observant viewers will notice that Pelham was wearing crutches in
the above photo.  This was a result of coming off in the rough stuff
in the Waitangi Forest a couple of months ago.  He was an obvious
contender for the Ruff Stuff Cup.

Gaye received the Junior Cup as a fairly
new and very enthusiastic member.

The Hill Climb award went to Bryan, recognising his
recent crossing of the Rockies, in the course of crossing the
USA from the Pacific to the Atlantic. 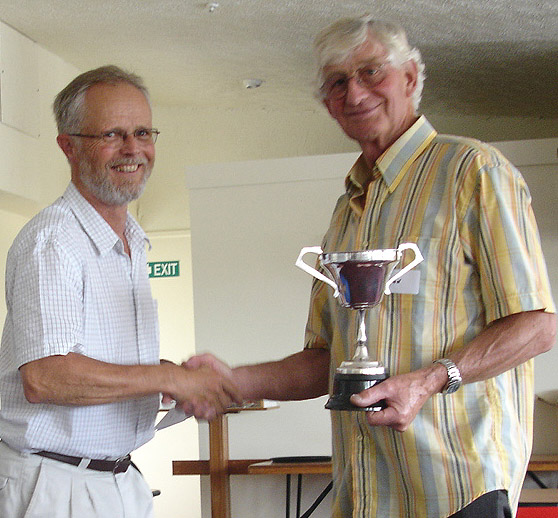 Arnold and Marieke were jointly awarded the Tourist Trophy recognising their
recent long distance overseas touring, and in anticipation of their planned
2007 journey from Beijing to Paris. 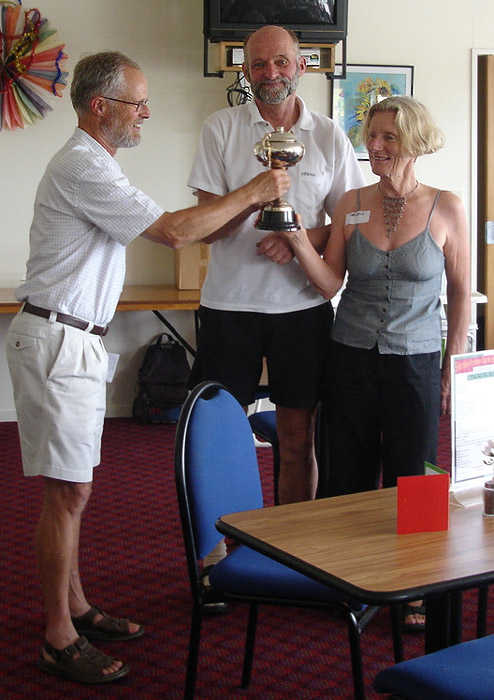 The Captain's Cup went to John McK.
Now that we have a good record of attendance on Sunday
rides it has been decided that this one will go each year
to the member who has been on most Sunday rides.

(It probably would have gone to Pelham if he had not done such a good job qualifying himself for the Ruff Stuff Cup.) 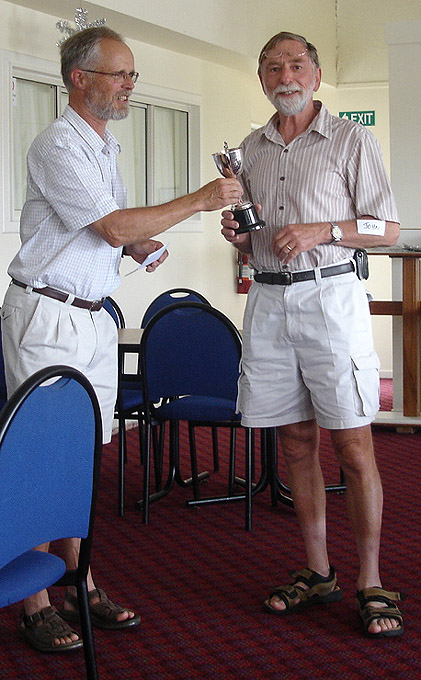