Here's the happy bunch just leaving Onewhero.
They are smiling because either (a) they are not going on Klondyke Road or
(b) if they are they have not yet reached it.

Here's Bryan and Caroll (yes, she is stoking flat out there) on
one of the easier climbs. 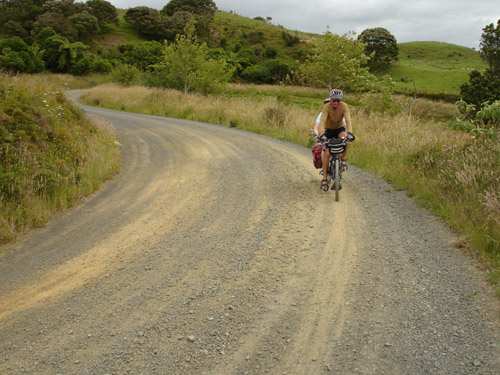 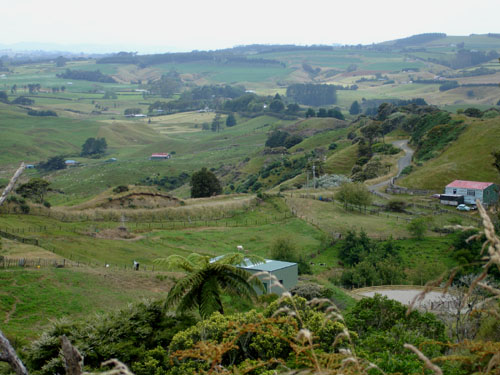 He should be smiling, there's a great view down the valley to his left. 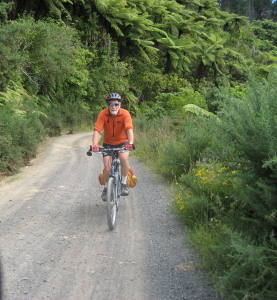 Having made it to the top it was time to stop and take a look at
the sea while we caught our breath.

Although we were past the highest point on the road
there was still more climbing, following a pretty exciting descent.

This last serious climb was a bit too much for the tandem. 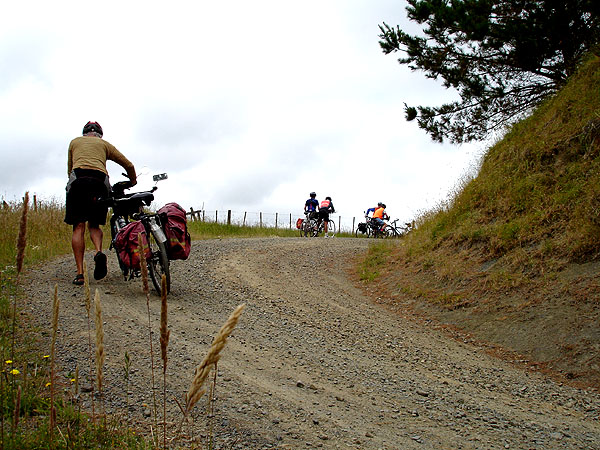 We are now just about ready to face the final, rather awesome, descent.
The road starts off on top of the ridge at the left of the photo, before diving
over the far side of the ridge. 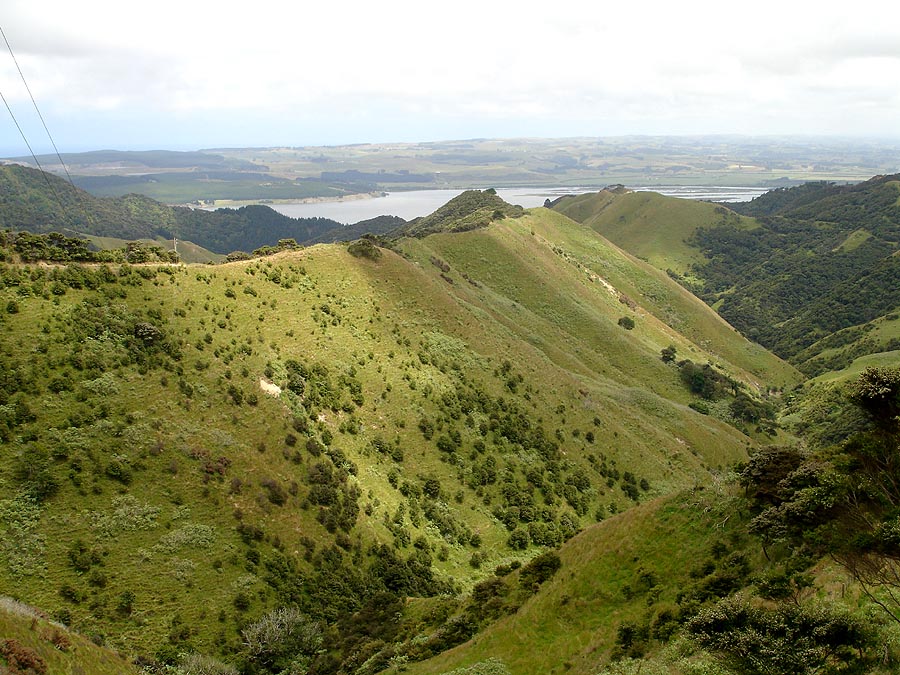 Cathy, Bryan and Caroll are just about to descend to the road on the ridge.
There are a couple of riders already down there on the right. 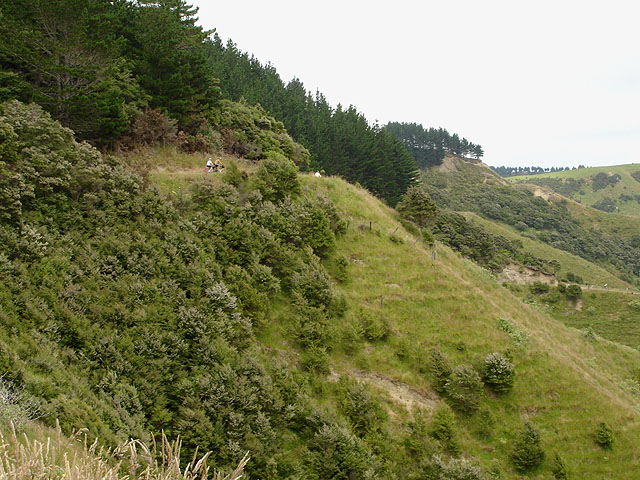 The hillside drops away steeply on both sides of the road.
The descent is visible in the middle left. 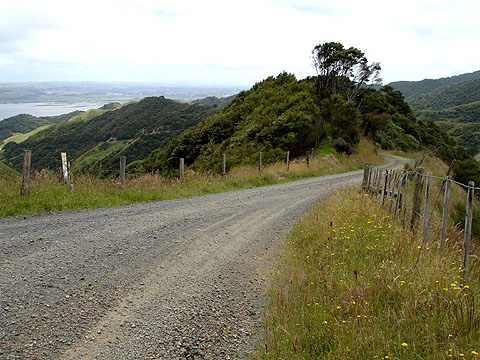 Here's a better view of it.  On this ride there were four oopsies on the way down.

This is a beautiful road, but you do need to pick your path where the gravel is thick,
or there are corrugations, or the road has a steep camber.  Having said that,
the road was in pretty good condition today, with only a few spots
creating a problem.

Eventually it was time for lunch at Sunset Beach, Port Waikato.
There were a few disappointed faces when it was realised
that the café was closed and we could not get our
ideal caffeine fix. 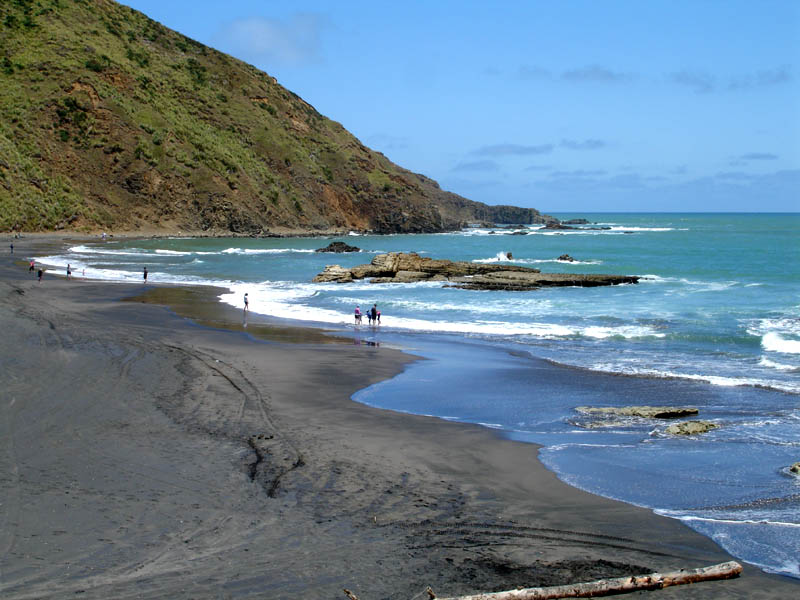