Auckland is built on a large volcanic field which has been developing over the past 140,000 years.
Depending on the book you read, there are 50 - 70 easily recognised volcanic cones (although many have
been eroded by quarrying).  Also, depending on your source, they pop up at around 1,000 year intervals.  The
most recent, Rangitoto, is 700 - 900 years old.  Things could get exciting soon.   However, other sources say that
recent additions have had a much greater interval than 1,000 years - so the next one may be some time off.
Whatever the period, the certainty is that the field is alive and well.  It's not a matter of if, but when.
For more information, take a peek at the Auckland Regional Council's web pages here .

Today, it was our turn to explore some of these mighty viewing platforms.

This looks like a mug shot for the police files.  We are on the
summit of Big King and that's a water reservoir behind us.
Other cones also have reservoirs on them, but the powers that be had
the decency to put them underground.

The view from Big King towards Mt Eden and the CBD.

Now we have made it to One Tree Hill which, of course, no longer
has it's one tree.  The Maori called it Maungakiekie. 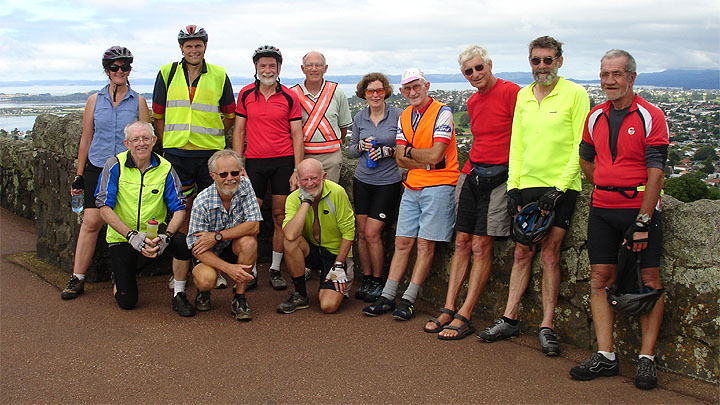 2 more of our volcanic cones - North head middle left, and the beautiful Rangitoto.
This is the view from One Tree Hill.
Orakei Basin lies just to the right of the orange building in the middle of the photo.
It will be our next stop.  Even though it is now full of sea water, it is a volcanic crater.

This is at Orakei Basin.  We are smiling : we have not
yet seen the 100 steps we are about to climb. 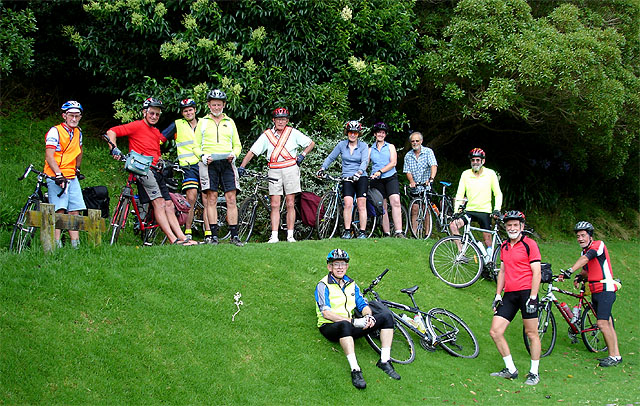 No chivalry here - the ladies had to carry their own bikes. 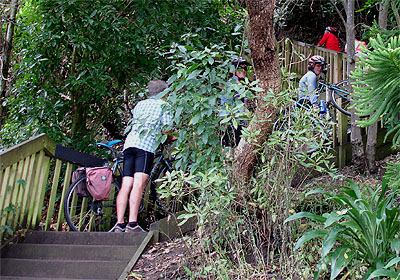 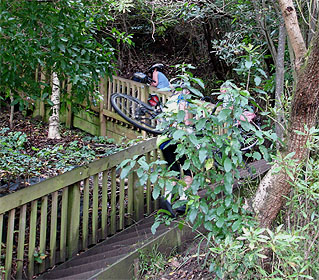 This cone appears to have one tree, but it is Mt Wellington
or Maunga-a-Reipae. 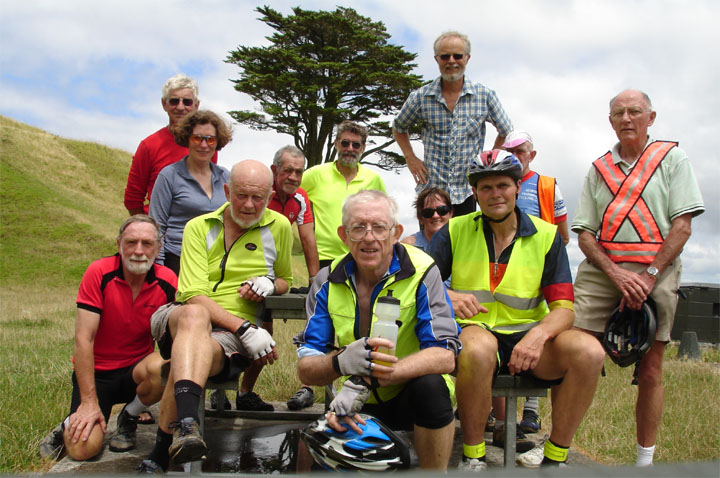 Lunch time at the Panmure Basin, another flooded crater. 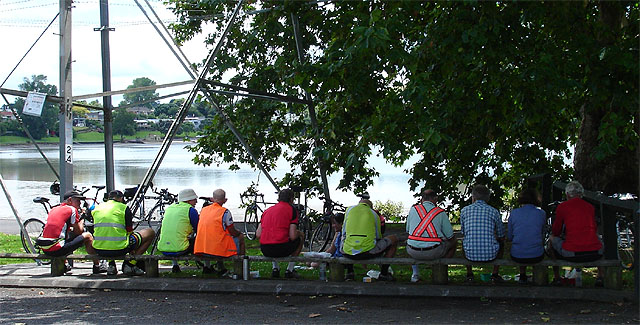 This must just about be the tallest bike stand in Auckland, if not NZ!!!!. 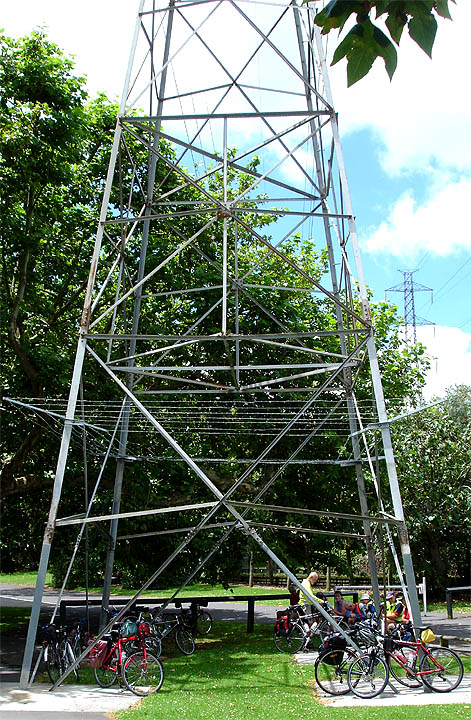 We have made it to our final ascent for the day - Mt Eden .. Maungawhau. 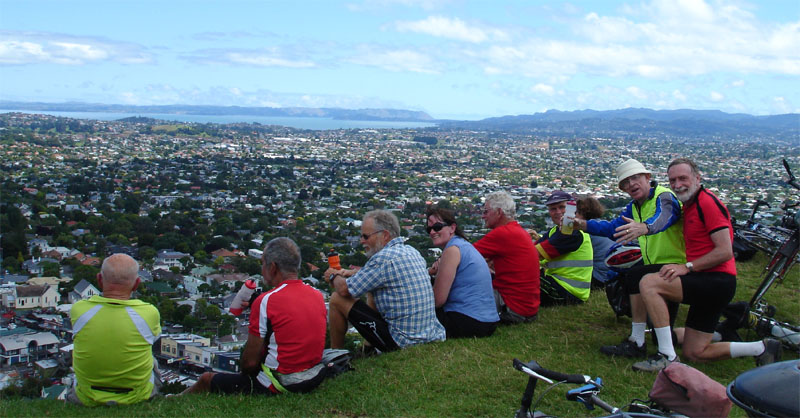 Here's the CBD from Mt Eden's summit.  On the right Rangitoto rises out of the shot
with Mt Victoria (North Head's near neighbour) at it's base.
Immediately below Mt Vic, on the near side of the harbour, is the Auckland Domain,
another low lying cone.
On the horizon is Little Barrier Island (Hauturu), some 80km from
downtown Auckland. It's summit is 722 metres above sea level.

One Tee Hill from Mt Eden.  It's one tree used to be just to the left of the obelisk.
The large buildings at it's base are the Greenlane and National Women's Hospitals,
with the Alexandra Park Trotting track in front of them.

And finally, Mt Hobson to the left (we did not go to the summit : there is no road) and, in the distance, Mt Wellington.