Today our Saturday morning coffee ride had a real purpose.

Waitakere City Council was celebrating the opening of its
Twin Streams Walk and Cycleways and we wanted to be part of it. 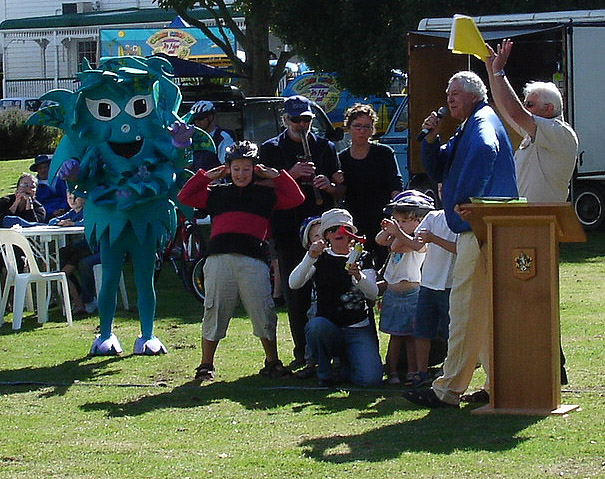 Families made the most of the glorious April weather to come along and join in the fun.

Bruce and Debbie Morgan celebrating in style on Bruce's home built tandem.
Bruce built this out of two solo 1920s frames.  In those days they used to put the
lady's style frame in front but Bruce decided that it was better in the stoker's position. 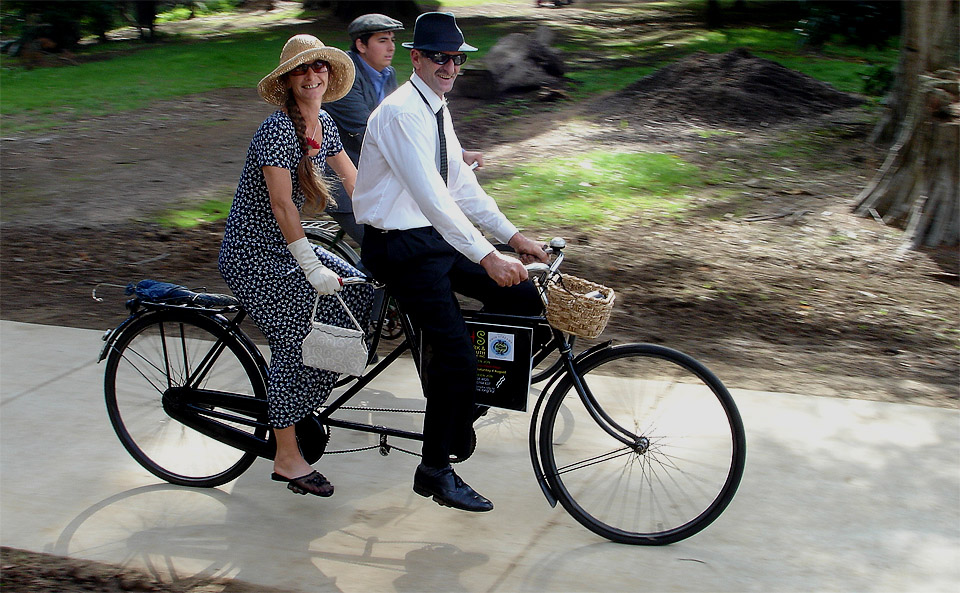 And there were some lovely old solo machines as well. 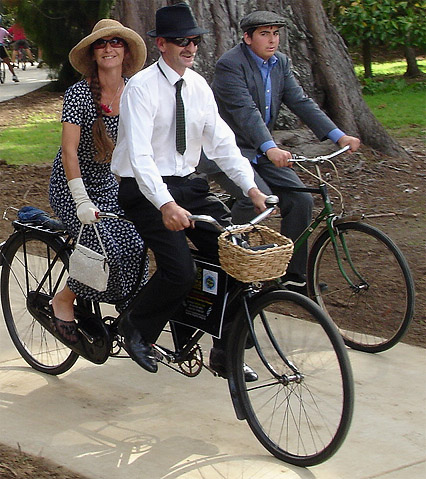 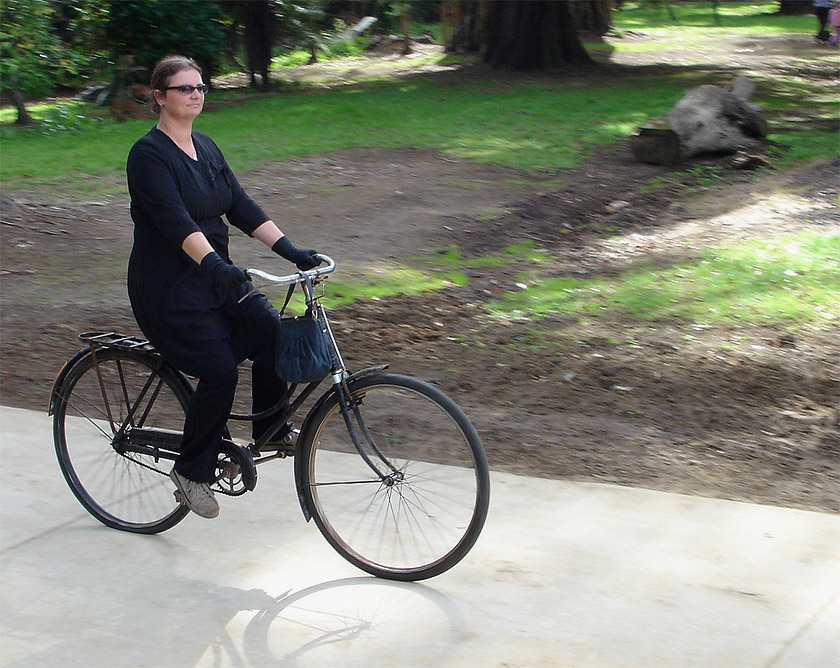 As Bruce said, "And a grand day it was also."

ACTA's secretary takes a few moments of Mayor Harvey's time to thank him,
and his Council, for the magnificent facility they have put in place. 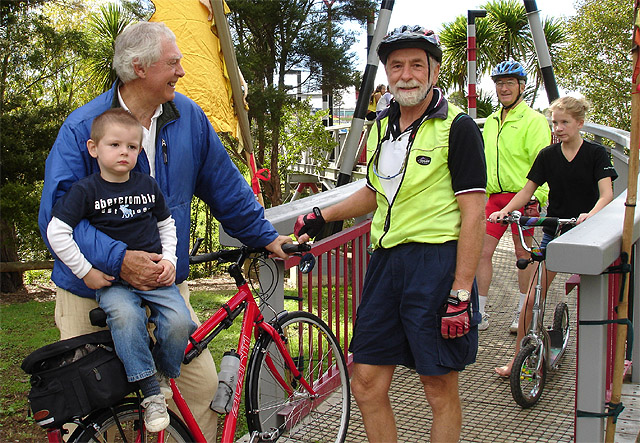 After we left the festivities we went in search of a coffee - naturally.
Denis took us past this beautiful Japanese Garden - yet another attraction
of Henderson. 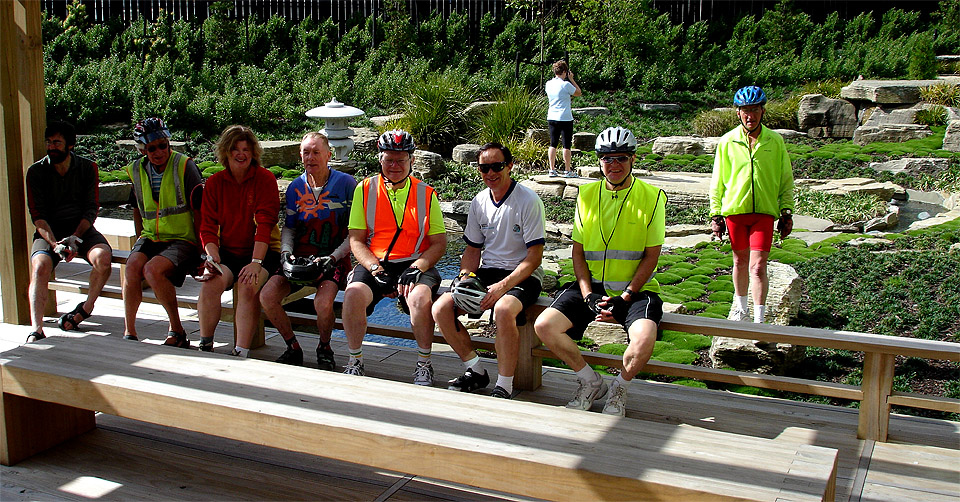 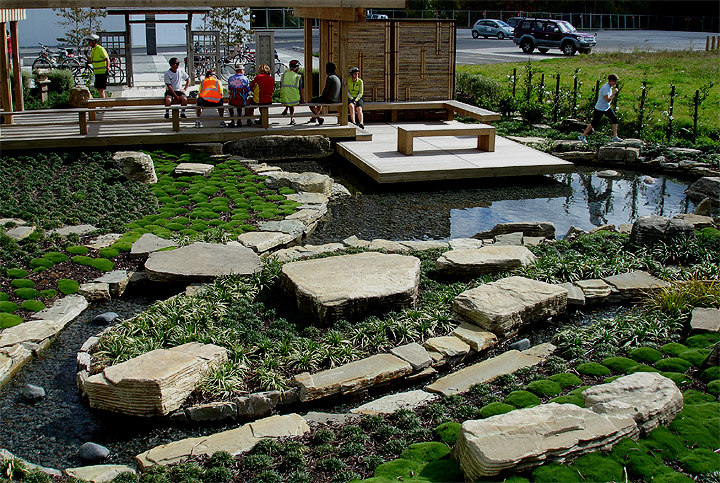 I was told recently that there are two sorts of people in Auckland : Westies and Wannabe Westies.
After what we saw today I am sure that the Non Westies in our group now fall into the second category.

Oh, and by the way, we found delicious coffee by the Library.

To learn more about what Waitakere City is planning for cycling and walking
visit www.waitakere.govt.nz .

And, finally, take a look at   Waitakere Paths 11/09/05 to see what some
of these paths looked like when we visited back in September, 2005.