Bryan's first point of interest was the new bridge, now completed, over the motorway, which has a way to go before completion.

It looks quite a classy piece of engineering. 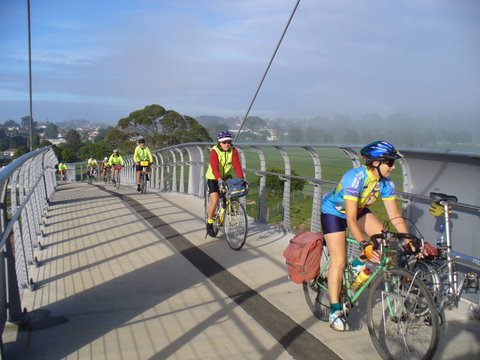 The breakfast stop was in Onehunga.
Everyone enjoyed their meal and there were no faces like this. 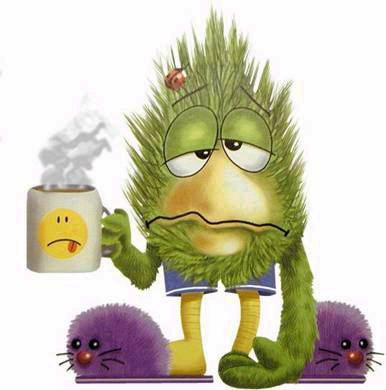 Perhaps that's what some may have felt like when they got up this morning. 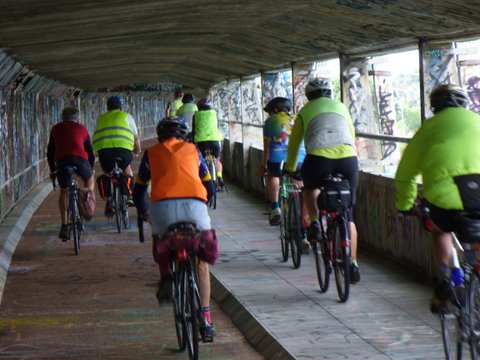 If you come from outside Auckland you need to be aware that this part of the bridge is under the road carriageway.
It's quite interesting hearing the traffic rumbling over your head when cycling here.

The following scenes are on the pathway through Ambury Park around to
the Otuataua Stonefields. 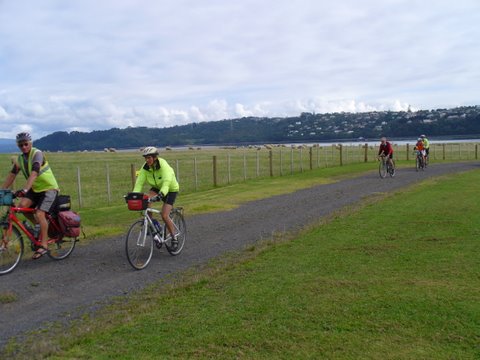 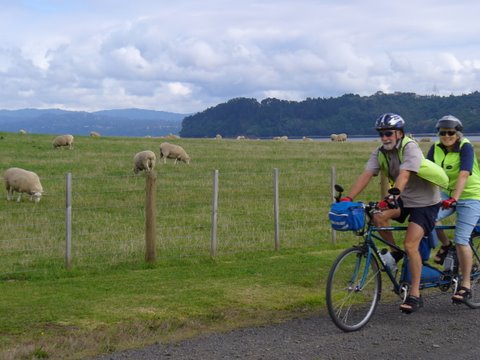 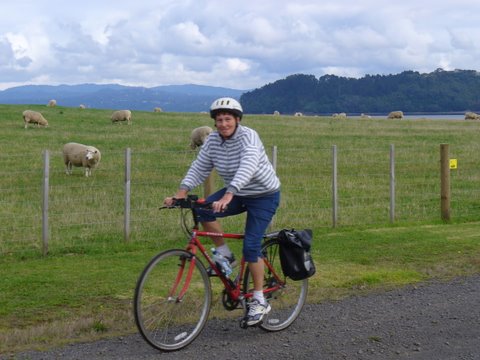 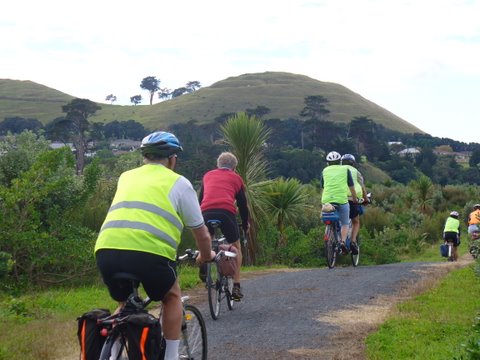 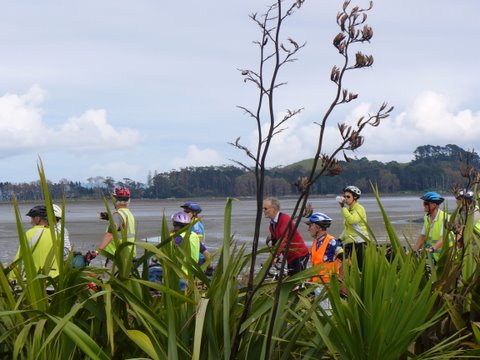 As it was low tide Bryan took us out to look at the petrified trees at the end of  Renton Road. 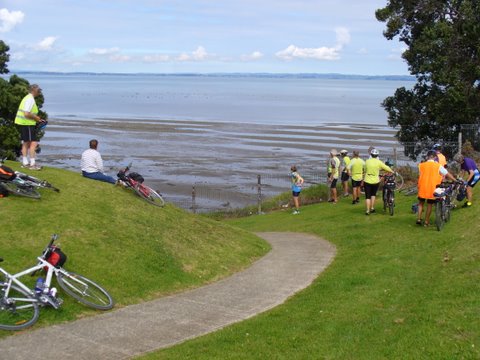 Scenes from Mangere Live Steamers, with some of our little kids
about to enjoy themselves. 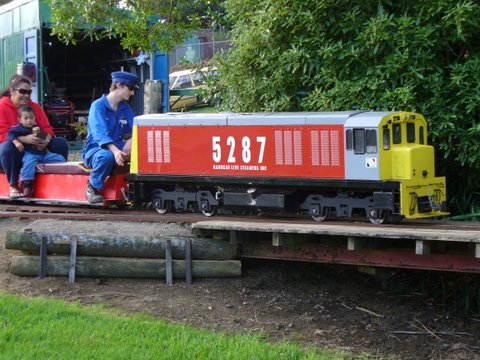 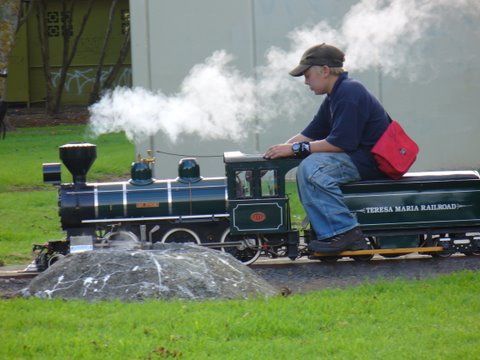 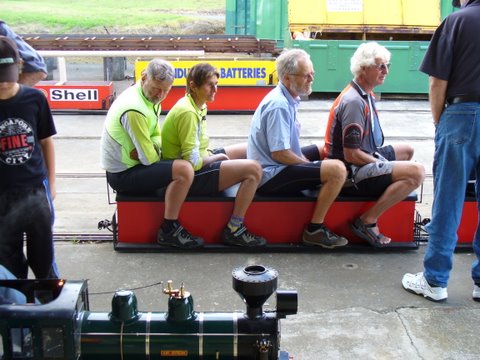 And we could not resist watching a big train as it approached the Otahuhu railway station. 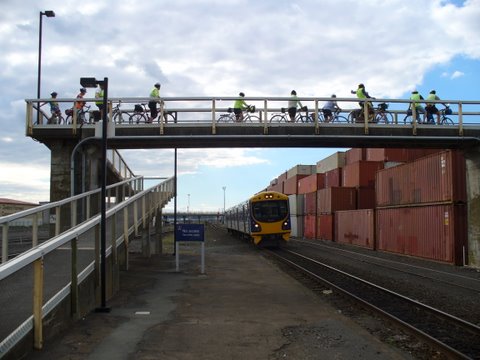 Photos by Robert B