The refurbished Waikaraka Pathway was officially opened
on Friday 14 September, 2007 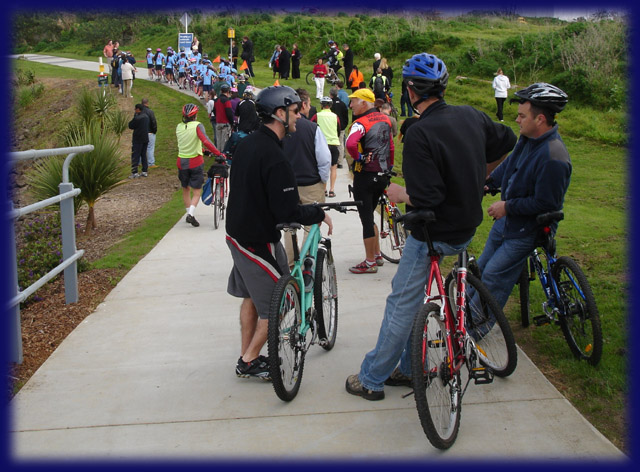 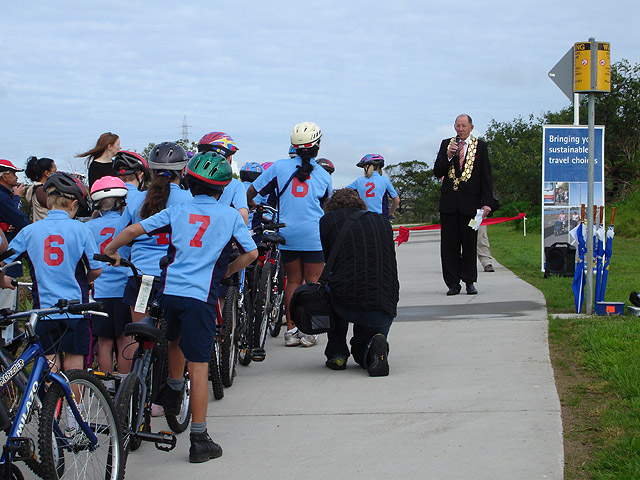 A week later ACTA was getting ready to head out and enjoy the new facility. 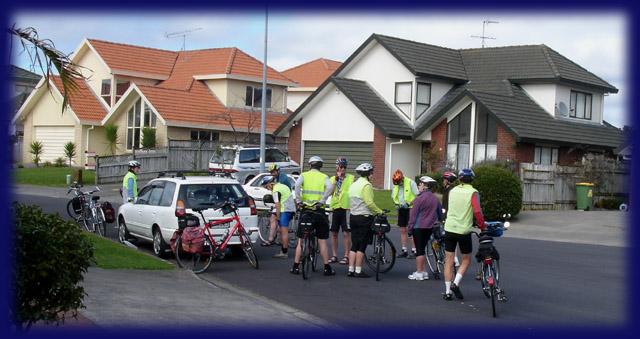 But first we had to have our coffee fix.
As our usual café, McCafé at the airport, was being renovated,
we stopped off at Sylvia Park. 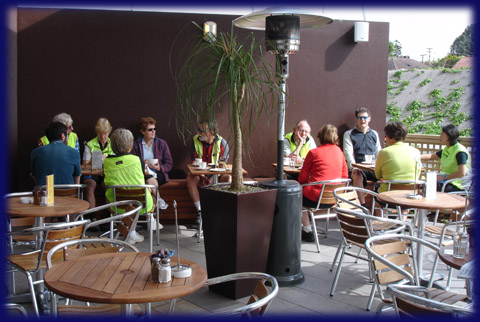 When we were ready to go Yuko discovered she had a flat tyre.

So it was time for the Knights in Fluoro Armour (plus lookers -on) to come to her rescue. 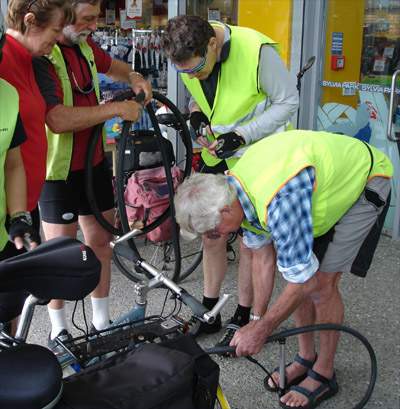 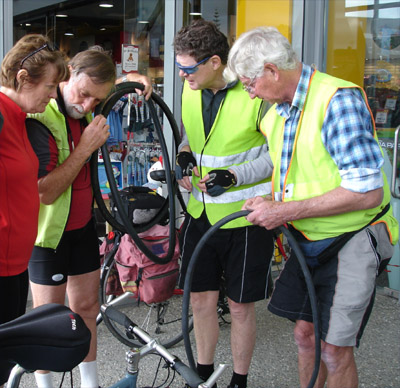 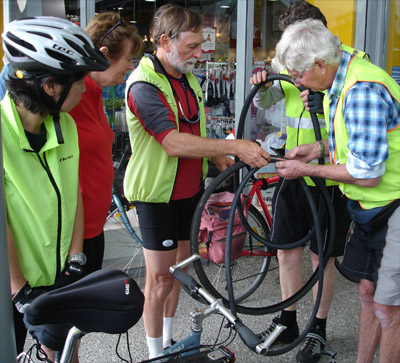 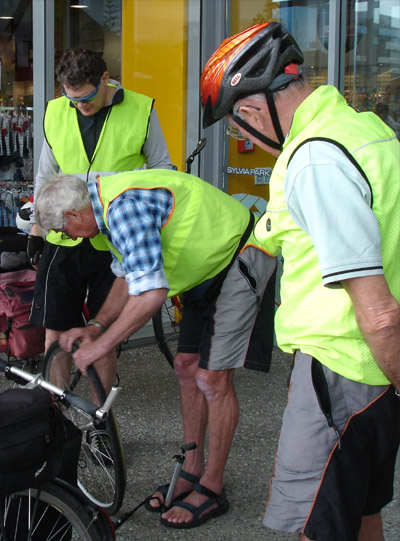 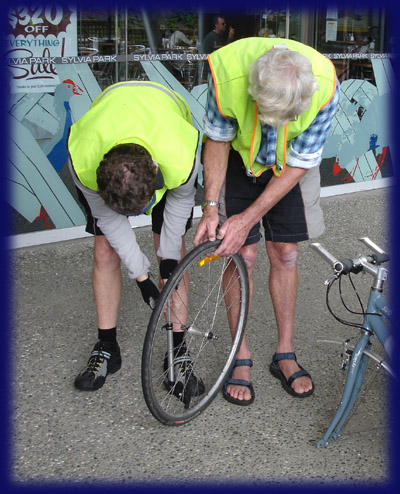 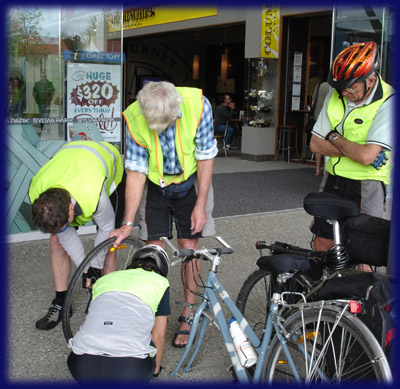 After the final inspection we were ready to head off.

This is alongside the South Eastern Motorway.

It would be wonderful if the responsible authority could have a cleaning
gang along here sometime - it's a regular rubbish dump. 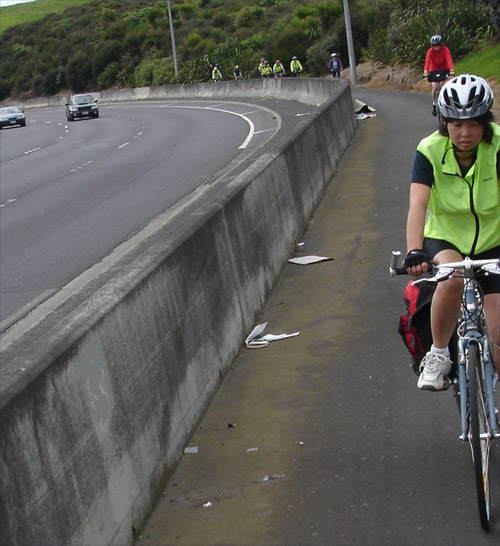 On the bridge over the marshalling yards at Southdown everyone was
intrigued by the driverless locomotive performing its shunting duties. 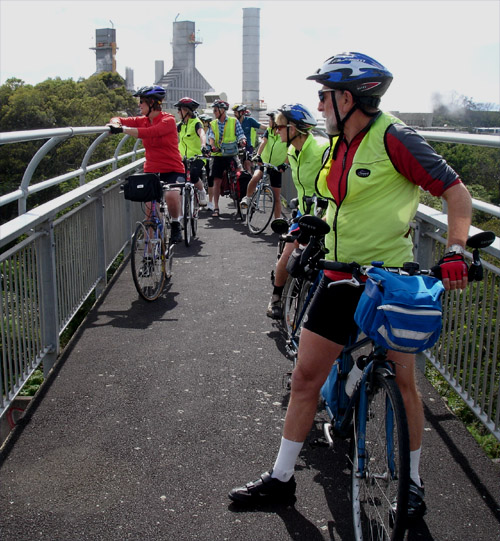 And then we were finally on to the lovely Waikaraka Path. 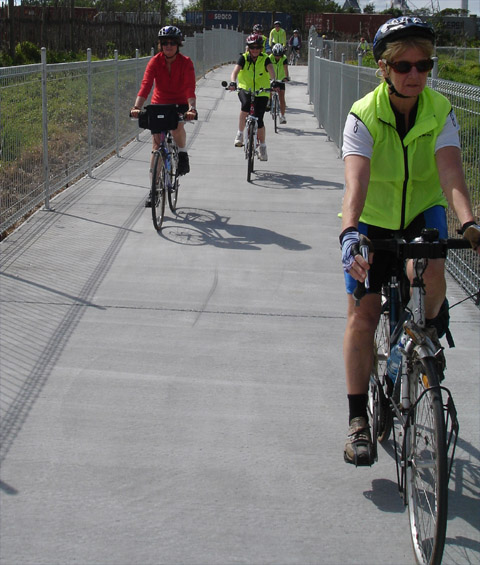 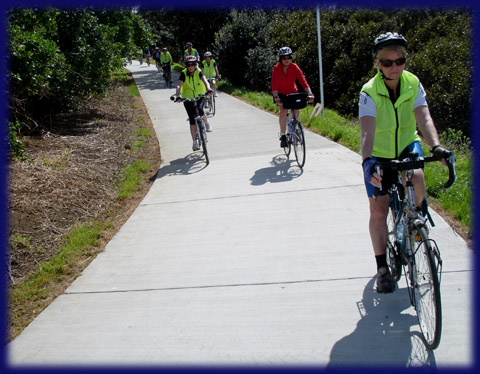 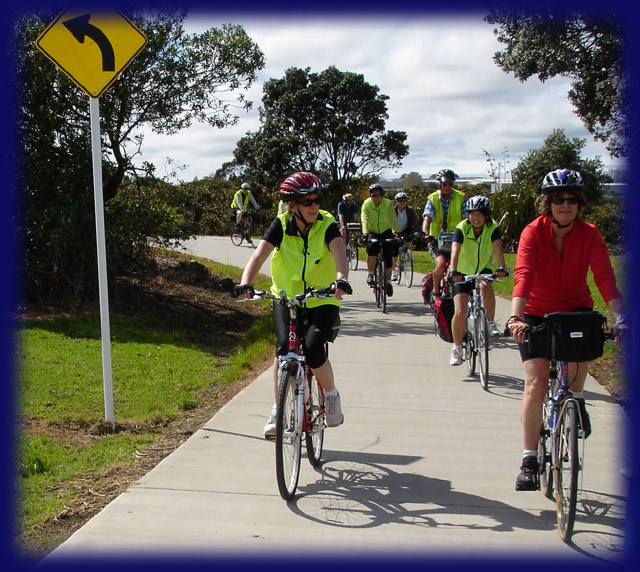 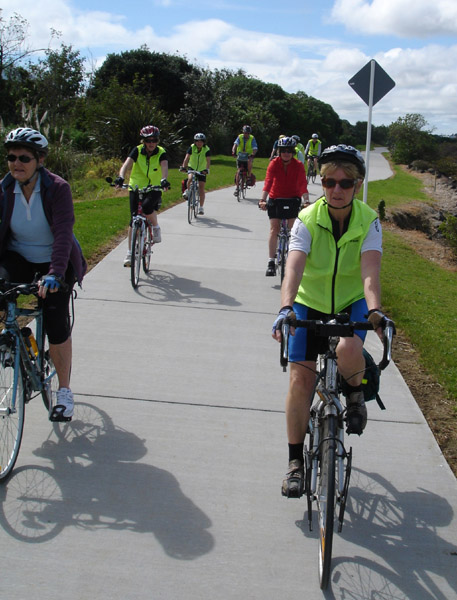