After leaving New Lynn we headed to the EcoMatters Environment Trust near Olympic Park.
The house is a recycled railways' house. 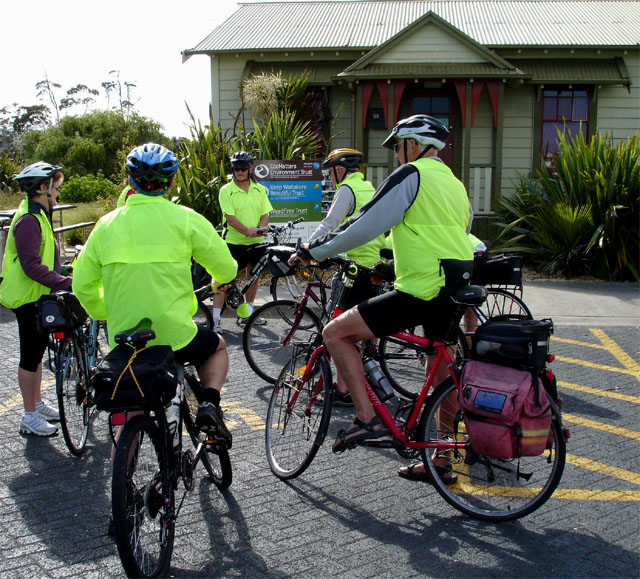 The mandatory cup of coffee.  This was in Titirangi.
After the climb up Otitori Bay Road and South Titirangi Road we had earned it. 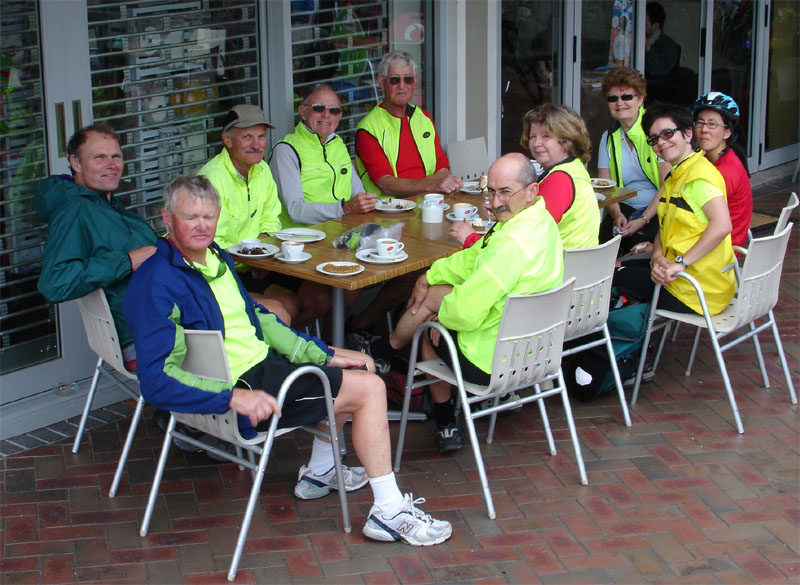 Then it was off to the lovely, traffic free, Exhibition Drive. 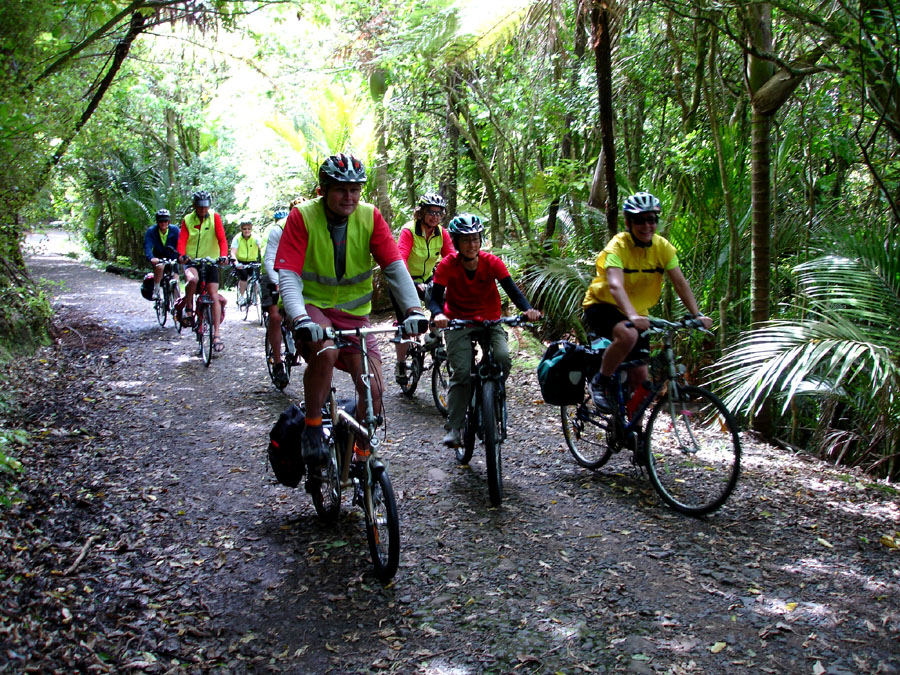 Here we received another reward. 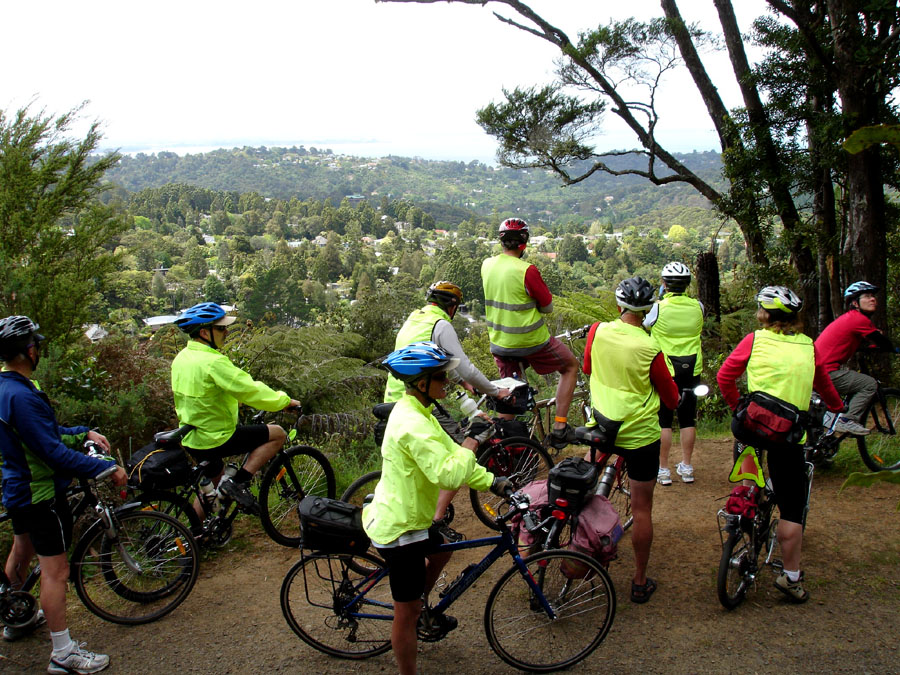 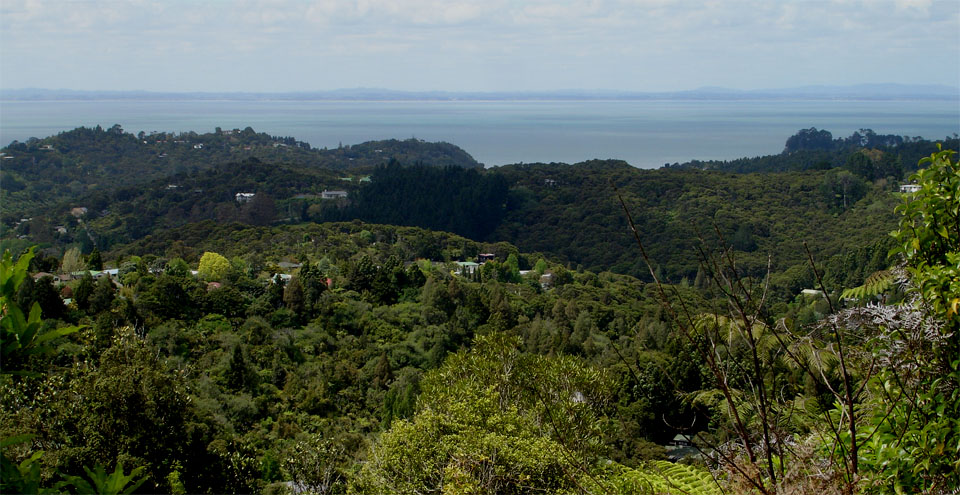 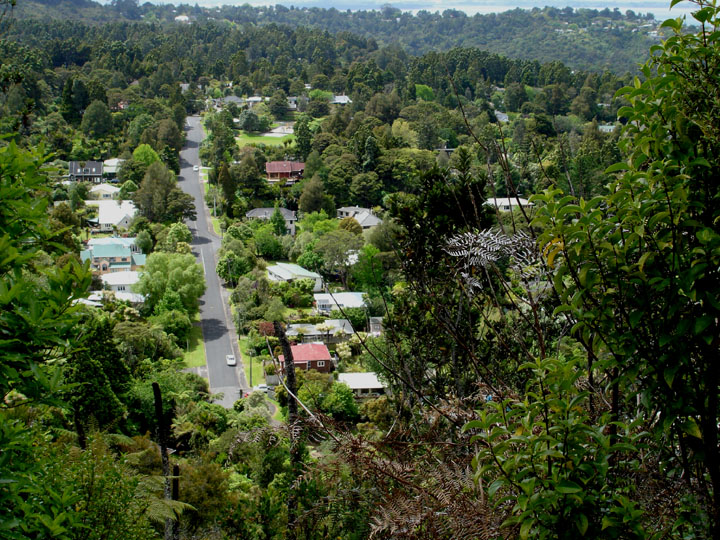 The end of Exhibition Drive, looking toward Manukau Heads 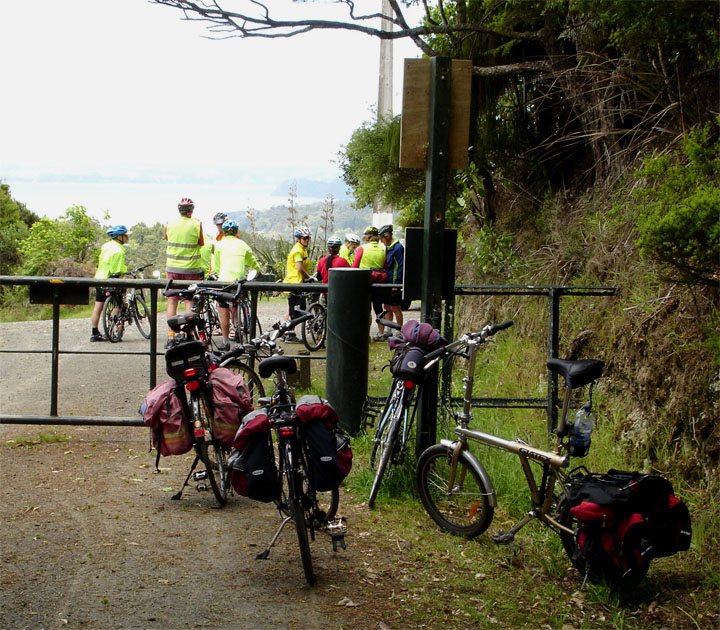 Leaving Exhibition Drive, we had a fast blast down Shaw Road.

Here Robt, Dot and Cathy are reflecting on it. 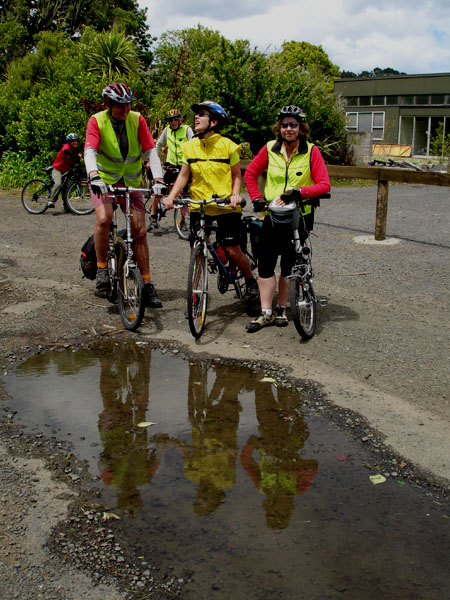 Next to the Oratia Stream Path, part of the Project Twin Streams,
we were shown this community garden. 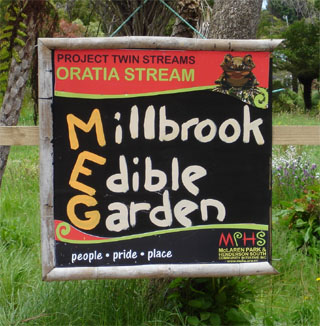 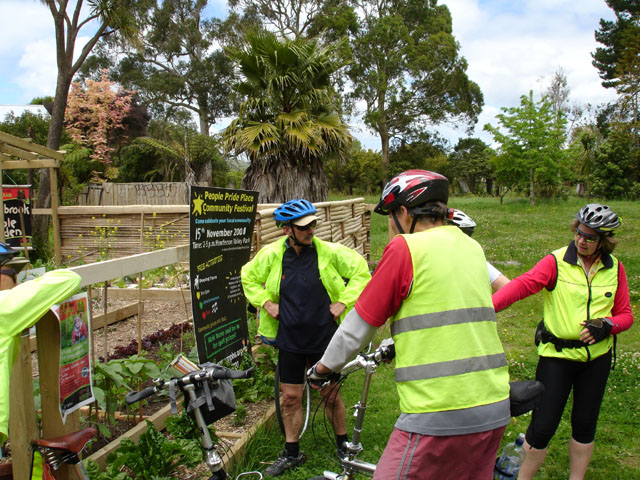 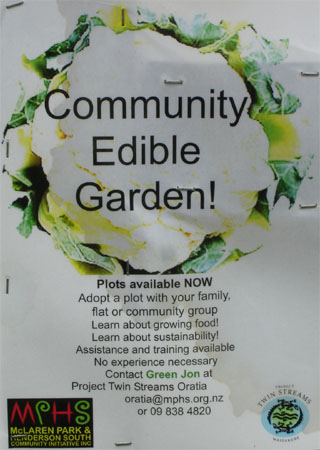 One of the many fine bridges on the Twin Streams pathways.
Shame some of the locals had access to spraycans. 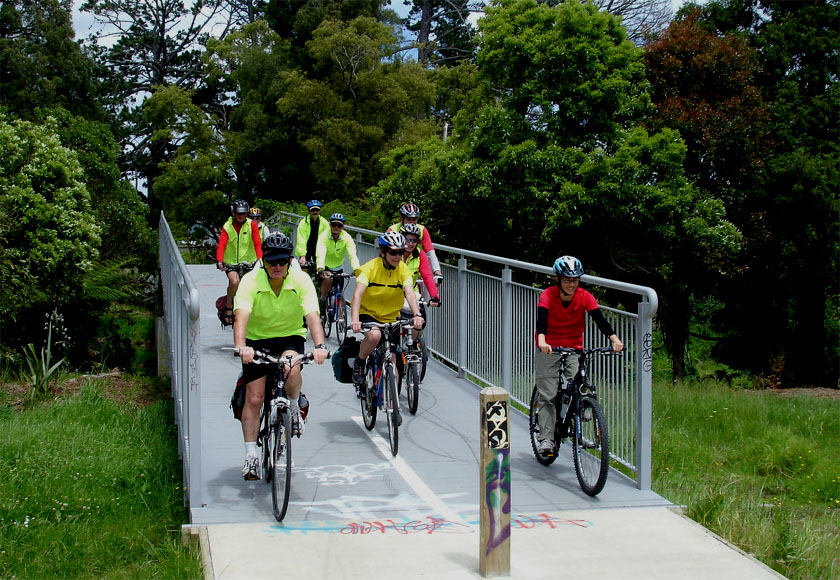 Lunch at Falls Park, where the Oratia and Opunuku Streams join forces to
become the Henderson Creek. 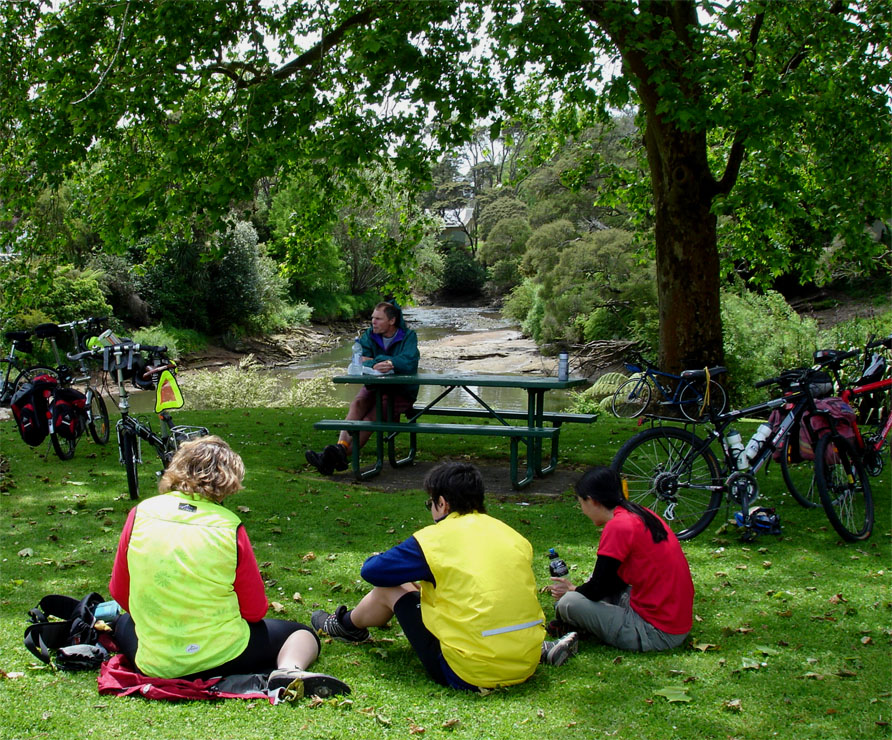 This spot gave a fine view over the creek. 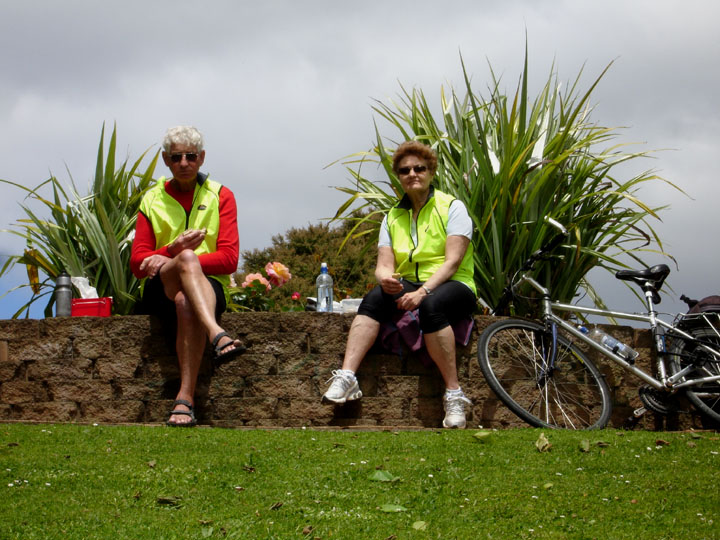