After lunch, Cathy took us up to Ranui. 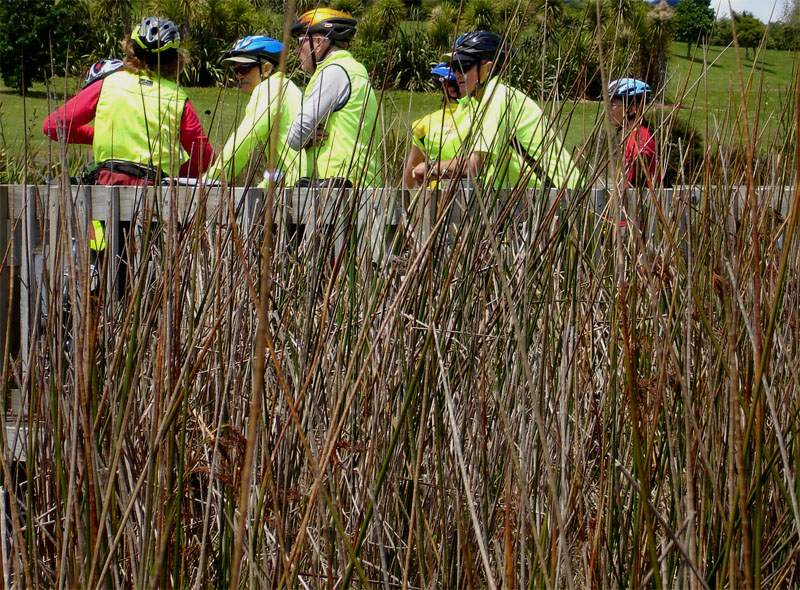 Actually, the cyclists were on this viewing platform at the eco storm water filtering
pond on the Paremuka Stream at Ranui. 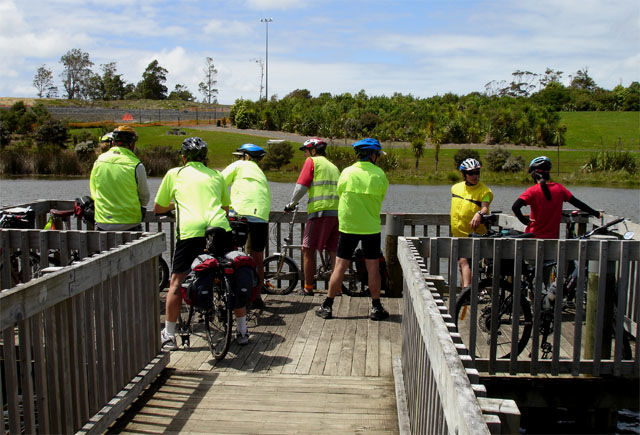 This is how our leader saw the scene.

Cathy then took us to Earthsong, an eco community in Ranui.
Here she is explaining the concept to us.  As it is private property, we could not go exploring. 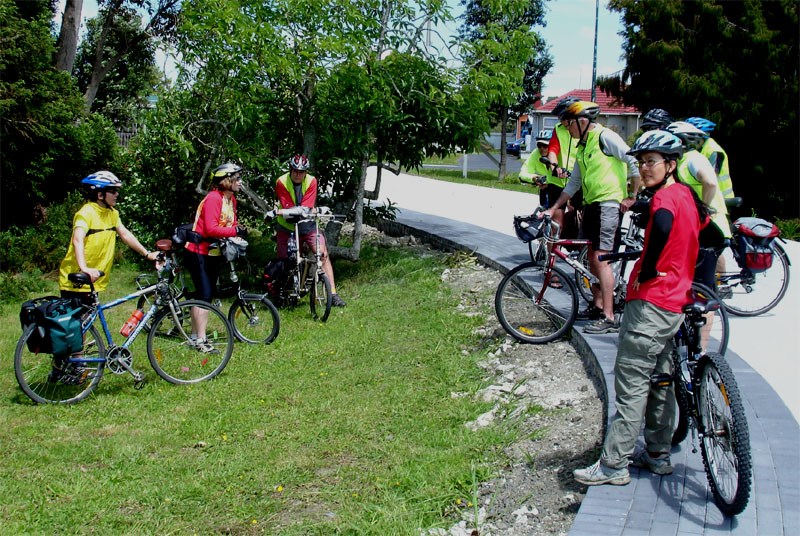 However, here are three photos from the Earthsong web site to give you an idea

of the life style they are promoting. 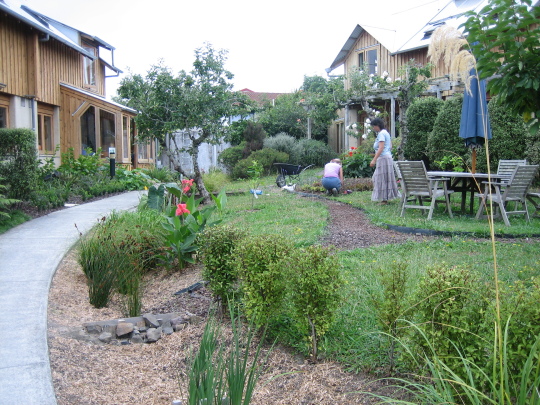 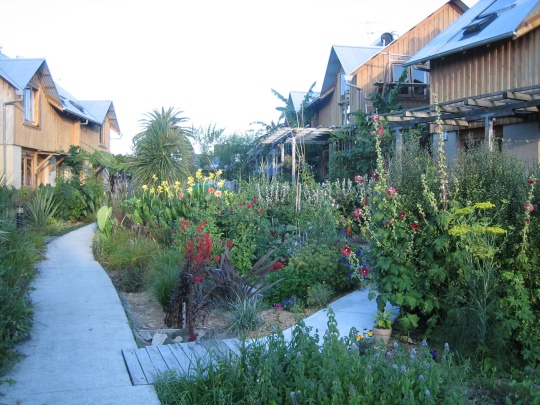 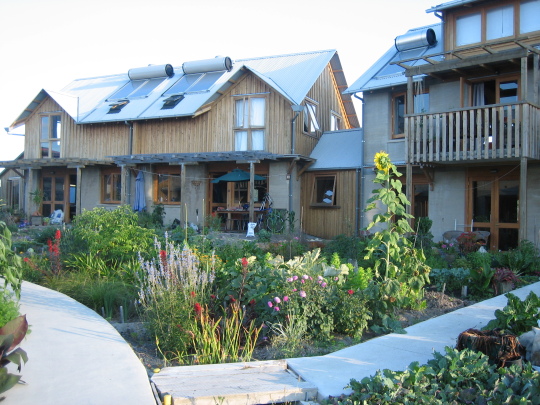 You can check out Earthsong's web site here. 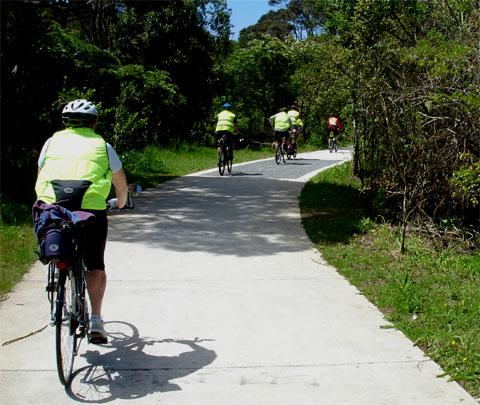 Waitakere City has not skimped on the bridges on the Twin Streams Paths.

This fine curved, dare I say, viaduct, is a great example for other councils to follow. 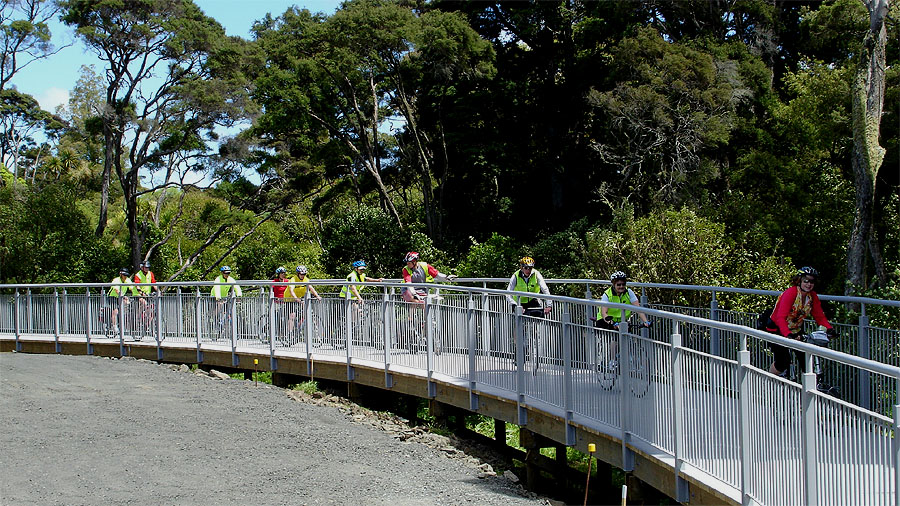 You can see photos of the Project Twin Streams opening, April 2007,   here.

And have a look  here to see what some
of these paths looked like when we visited back in September, 2005.

These guys look pretty happy with this bridge. 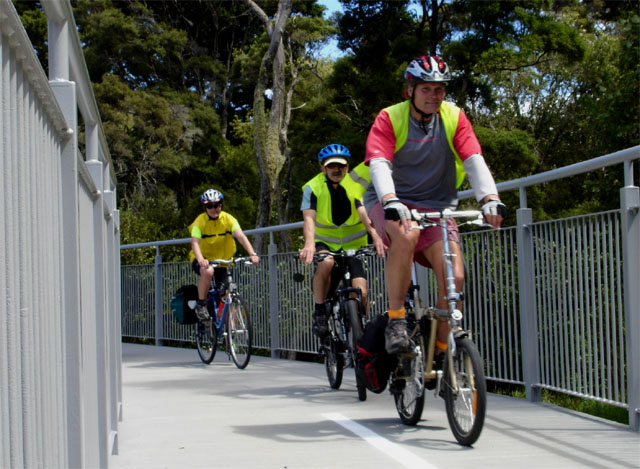 Almost back at Henderson Town Centre. 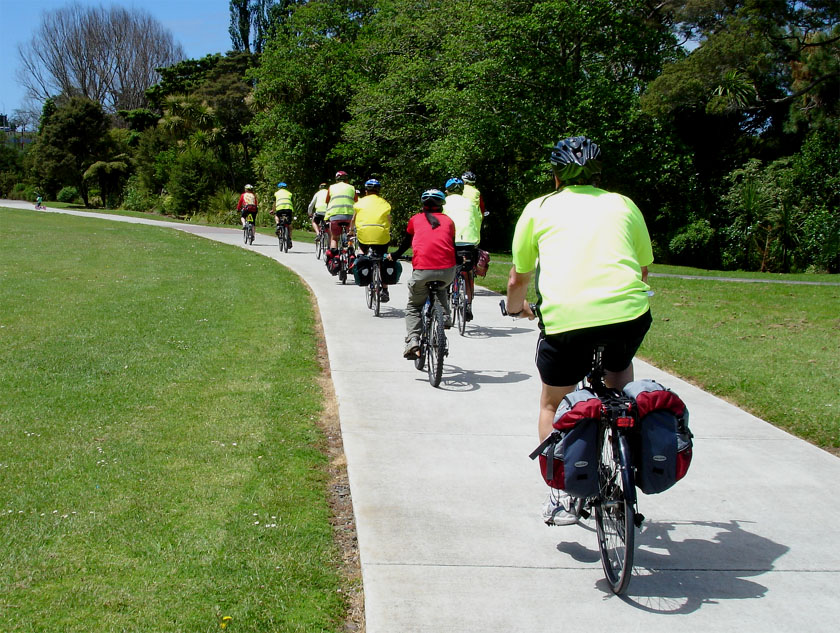 Cathy gave us a bit of the history of the water wheel. 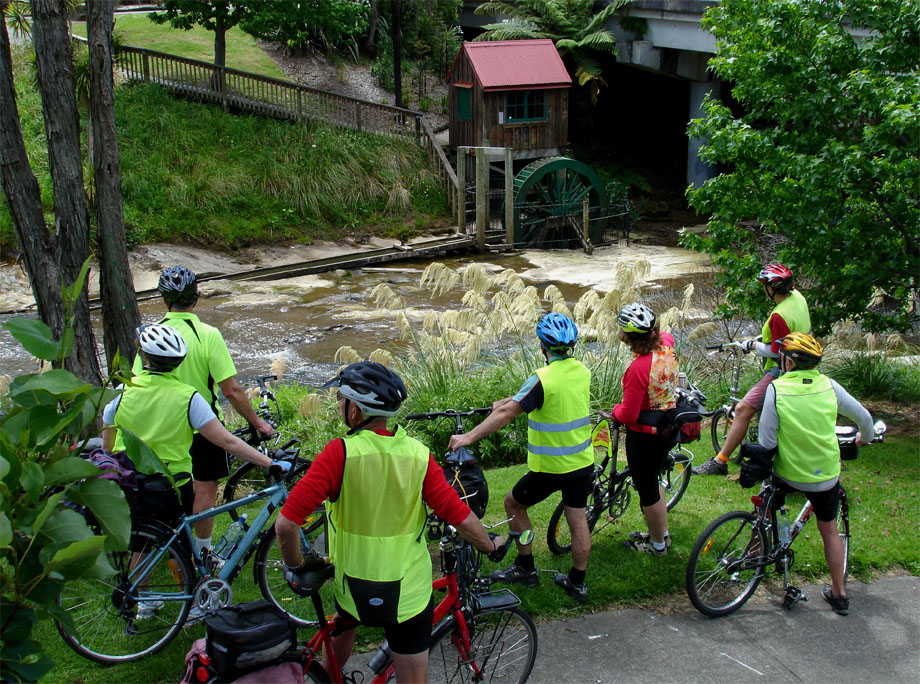 This is the ACTA Elvis Fan Club in the Falls Park Reserve. 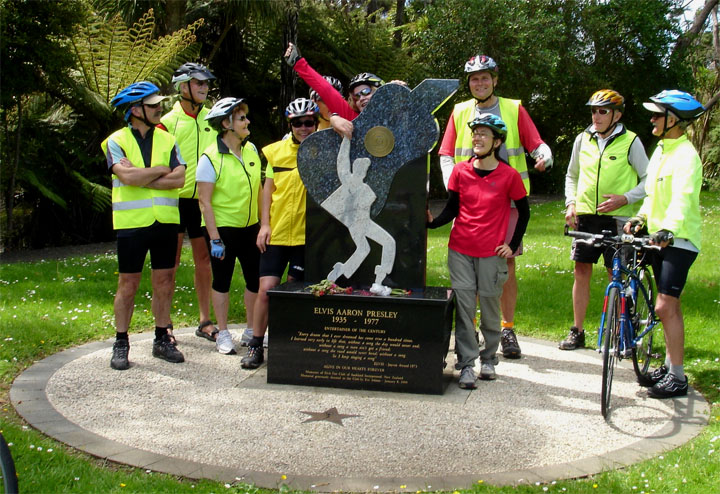 and so ended a most interesting tour out west.

When I got home I checked my speedo.
Looking at the max recorded, it really MUST have been a fast blast down Shaw Road. 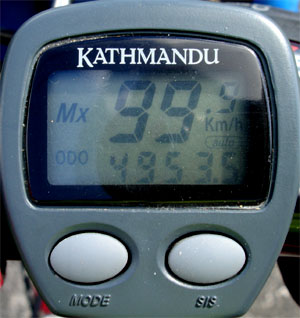