The weather for the past week in Auckland has been absolutely glorious.

Today was no different, with a perfect Autumn morning dished up for the start of our
ride at Ramarama.

Our leader tells the riders what he has in mind for the day -
mentioning that there will be one - or two - hills. 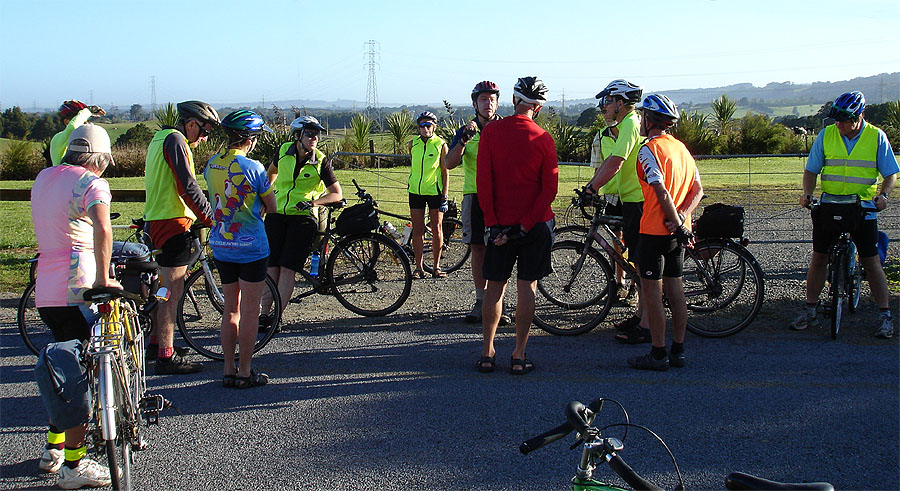 Just to see what was meant by "one - or two" hills we thought it would be an idea
to check out the elevation graph for the day's ride. 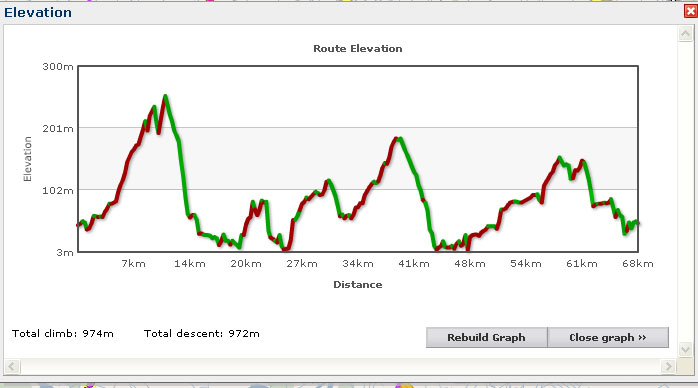 As you can see, there's a bit of a climb to the top of Razorback Road -
see the photos below - and a reasonable climb up to Pukekawa at about 40 km for lunch.
Both have rather rewarding downhills.

After watching "Oklahoma!" last night it was very tempting to burst into song with
"Oh, what a beautiful morning!" as we rolled past these fields. 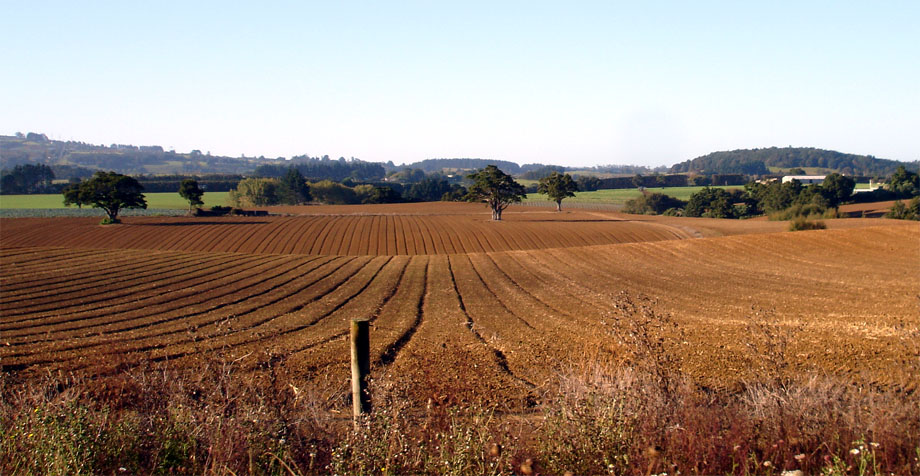 A brief rest stop at the top of the first hill on Razorback Road. 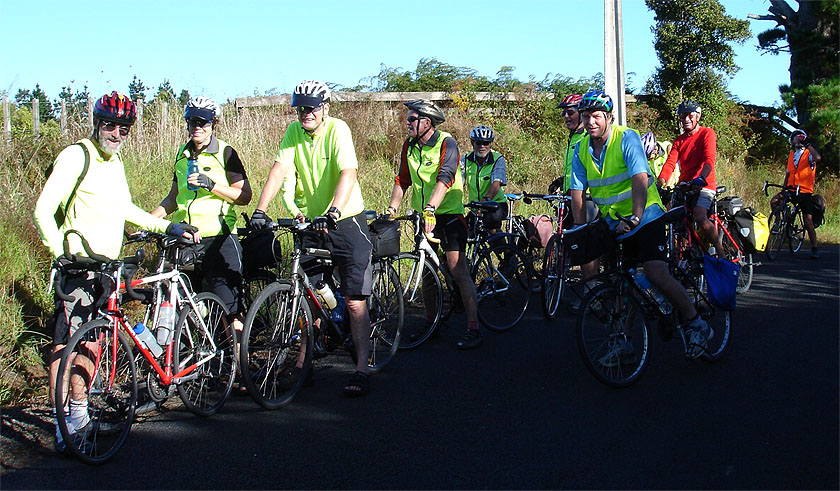 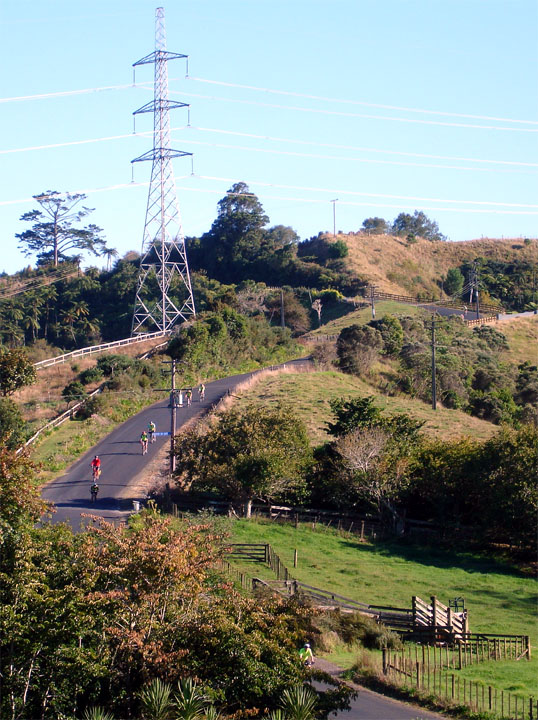 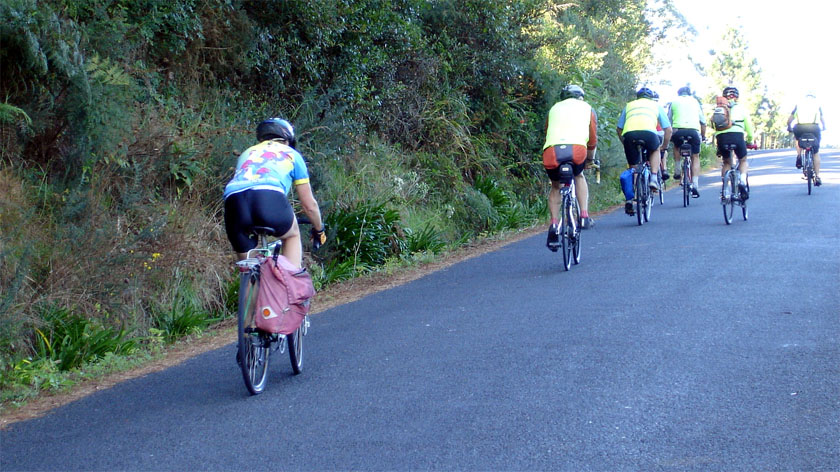 There was fog covering the Waikato River and we rode down into it
as we descended the Bombay Hills towards Pokeno.
Bill unfortunately punctured just before morning tea. 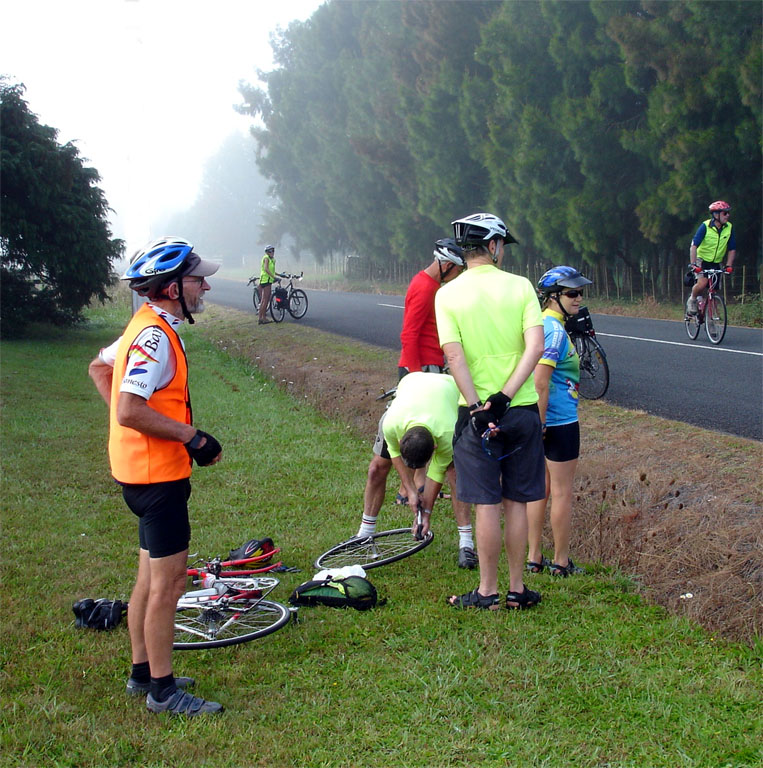 We had been told that the coffee at the Pokeno Cafe was PDG. 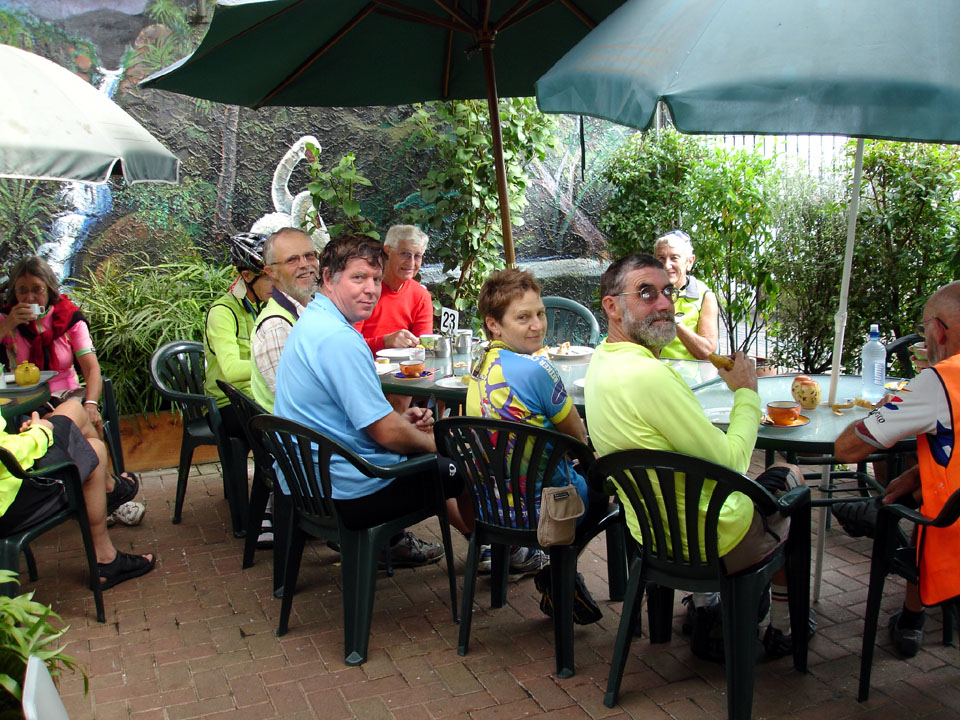 We were coffeeing behind the fence while our bikes were

welcoming the sun slowly burning off the fog. 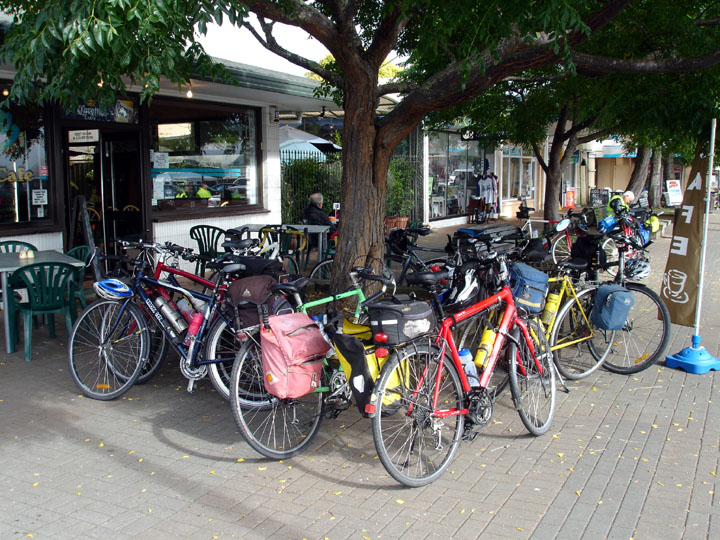 If you can go suitably cross-eyed you will be able to view the following image
in 3D. 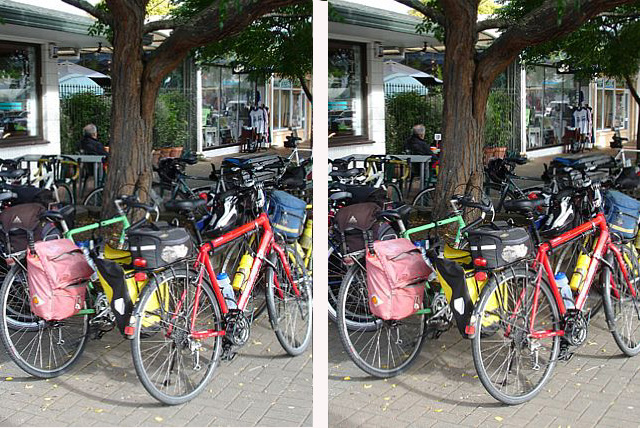 There are tips for viewing here. 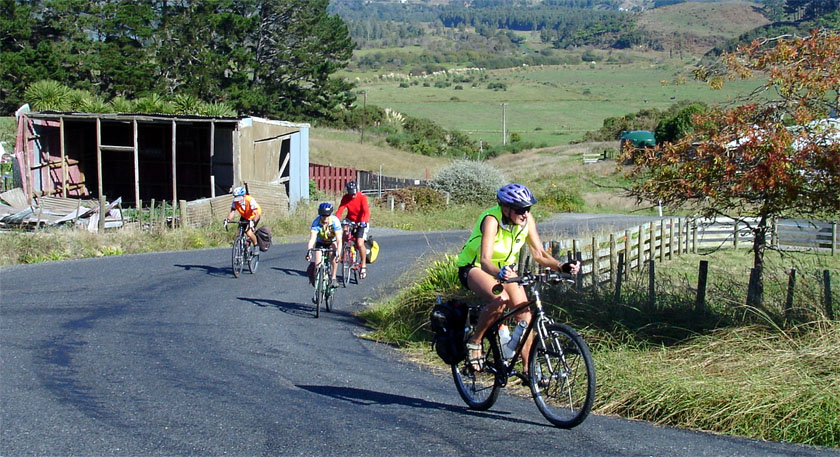 We have ways of dealing with troublesome riders. 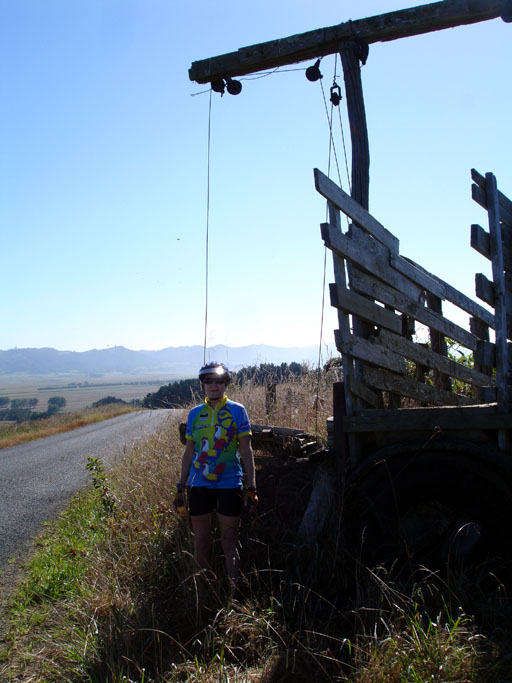 Looking across the peat swamp towards the Hunua Ranges, from Kellyville Road.

Lunch at the Pukekawa Hall. 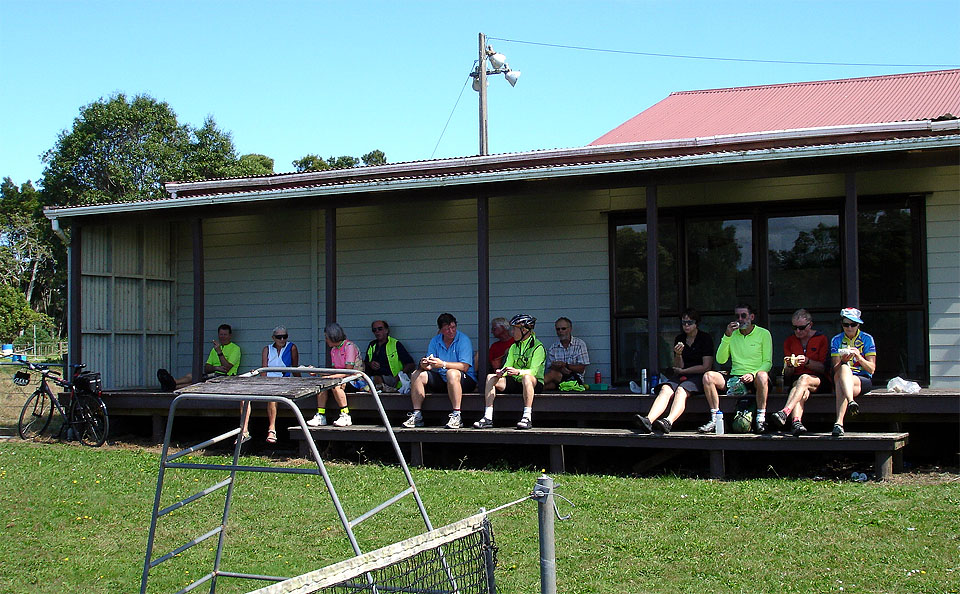 The view from the top of the hill before swooping down towards the Tuakau Bridge.

From where the photo was taken the road goes to the right and round a beautiful
left hand sweeper, passes below the view point and then sweeps to the right
before coming back in to the left of the shot.  It's one of the
better downhills around here. 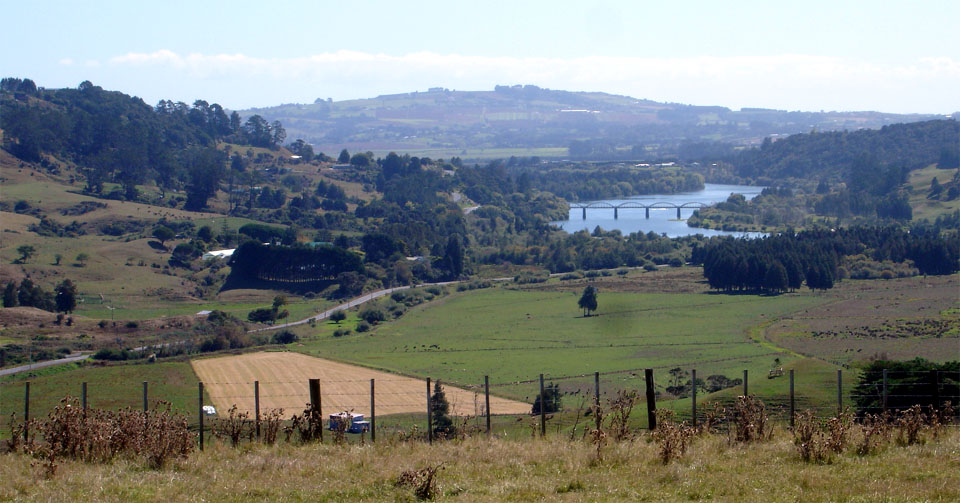 Rest stop at the Tuakau Bridge. 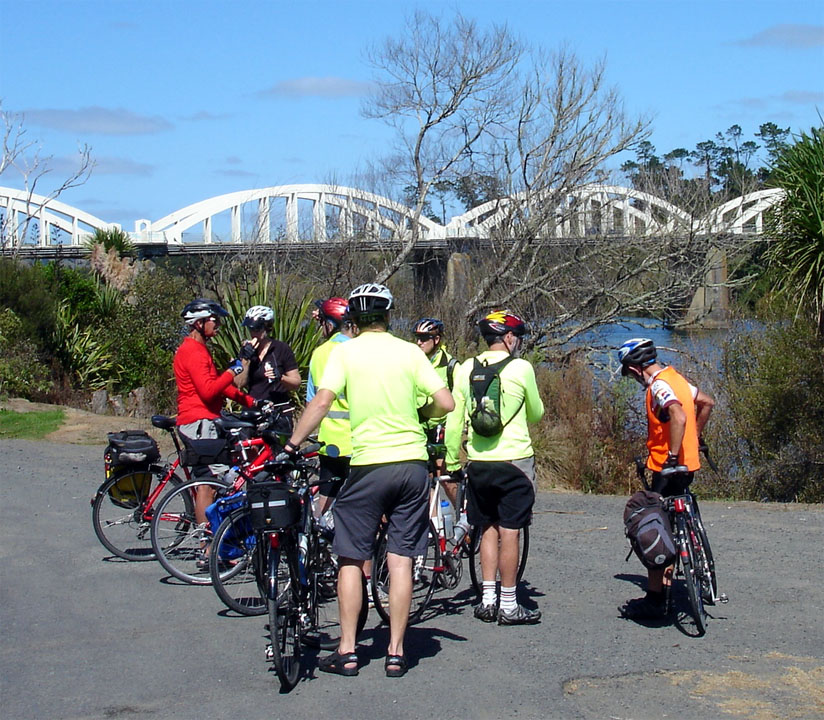 And, finally, an ice-cream reward at Tuakau to boost the sugar levels
for the climb back over the Bombays. 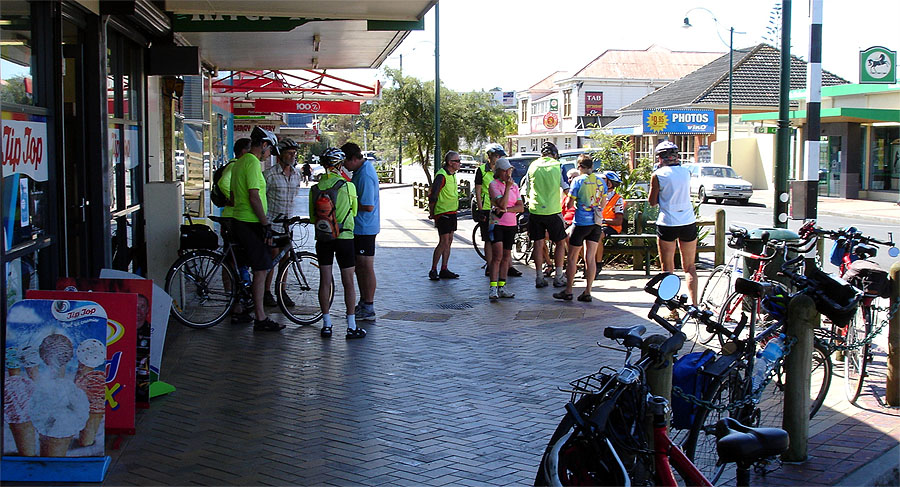