The fantastic weather continued this week with an absolutely glorious day for the
return to NZ Standard Time.

Our mandatory cafe stop was at Sylvia Park.
Joan is holding the ginormous afghan she had. 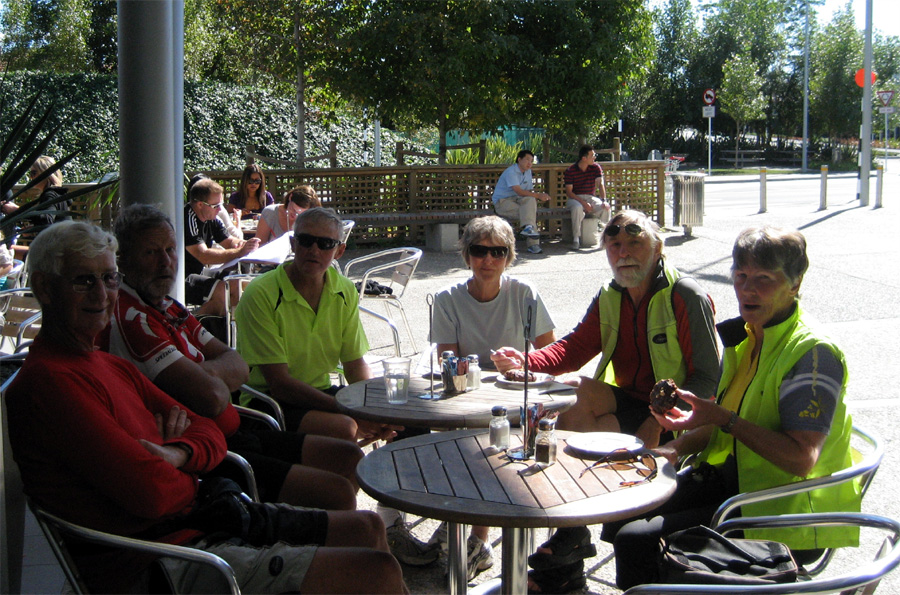 The trains were at full steam ahead when we arrived at the MLS Headquarters. 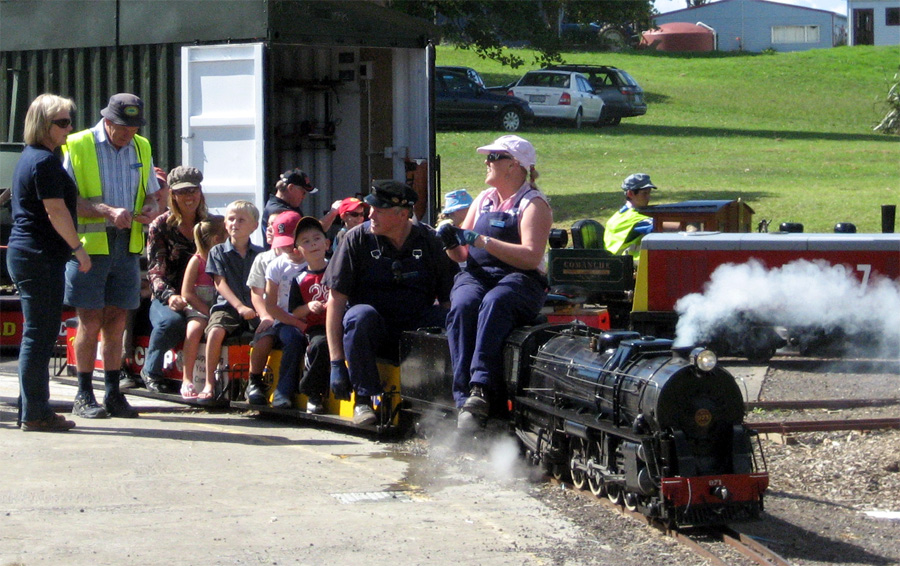 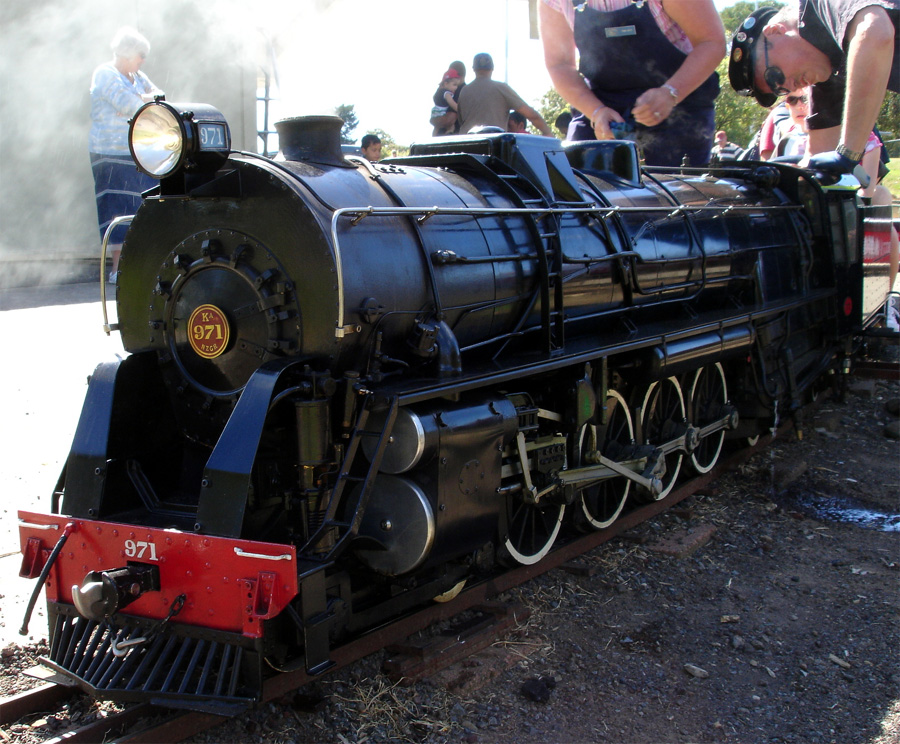 Lunchtime.   There are a couple of bikes in the pic just to indicate that we did ride over
to Mangere.  Really - we did. 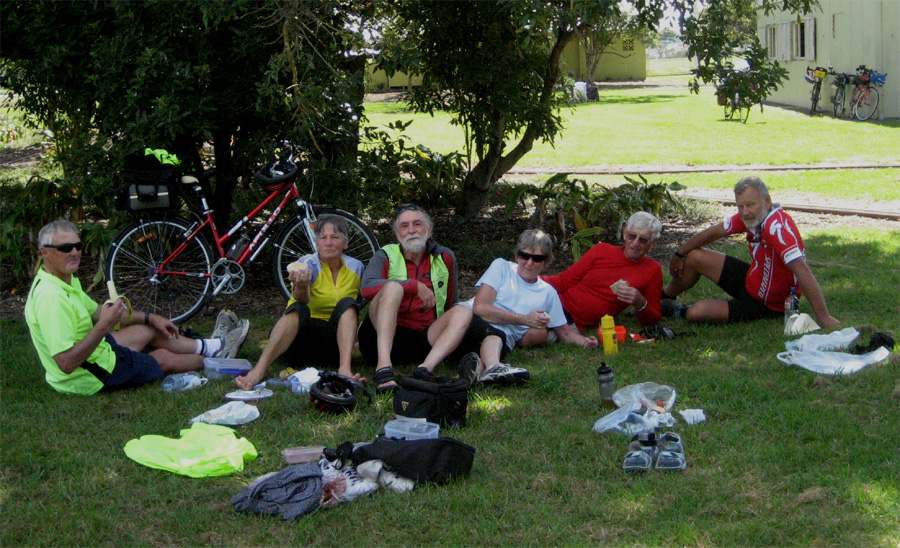 Caroll and Margaret could not resist taking a ride.
The loco is numbered AO811 - a fictitious NZR class. 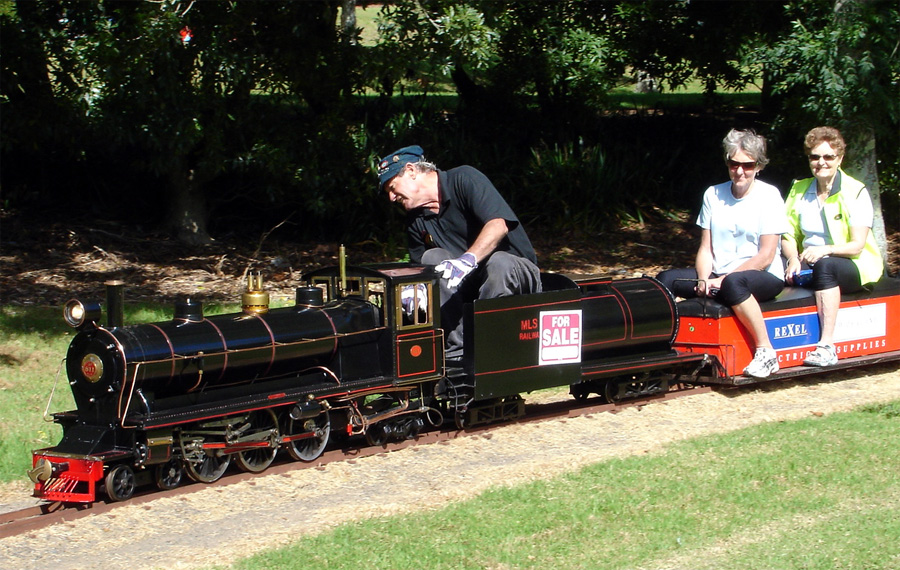 The boys in red waiting for a "real" train to pass. 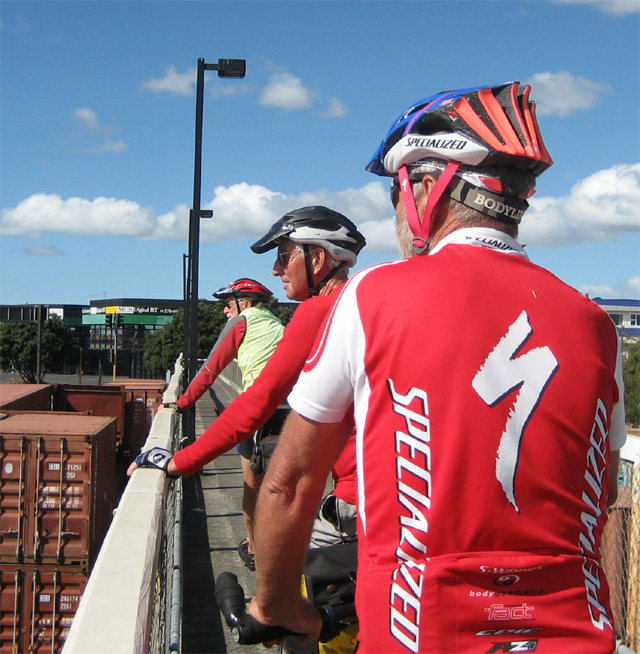 Here it is.     The models were much more interesting! 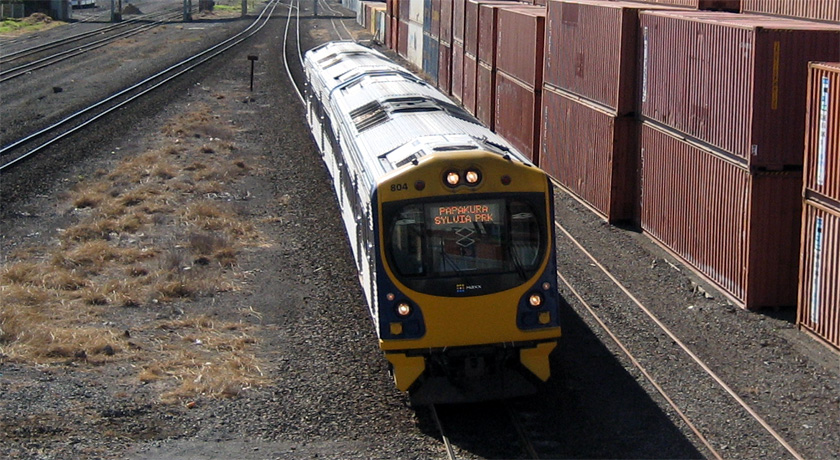