Today's ride took us from Coyle Park at Point Chevalier out to the
little train up by the Swanson Filters.

Bryan and John arrived a little early and found a coffee shop open about 8:30.
They stopped for a coffee and were soon joined by Denis, Cathy and JB. 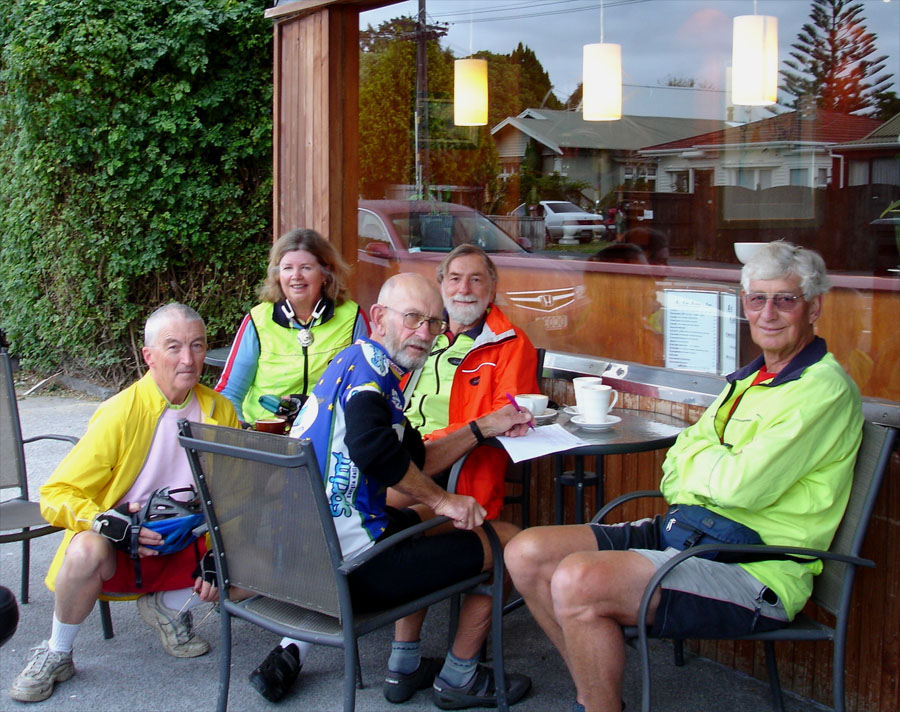 We got out to Lincoln Road and, would you believe it, there was another coffee shop waiting for us. 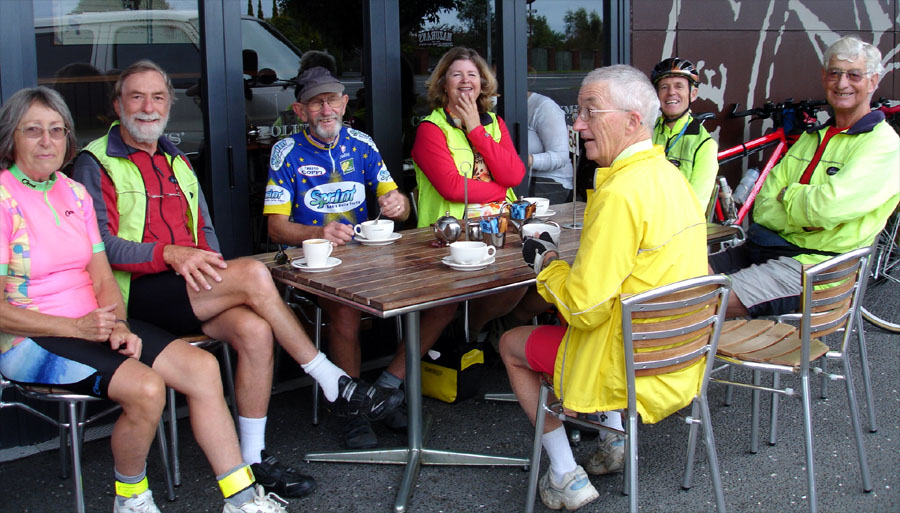 At our coffee stops we have many in-depth discussions and spend much time
reflecting on the past.

Here are some of our members reflecting on a tea-pot. 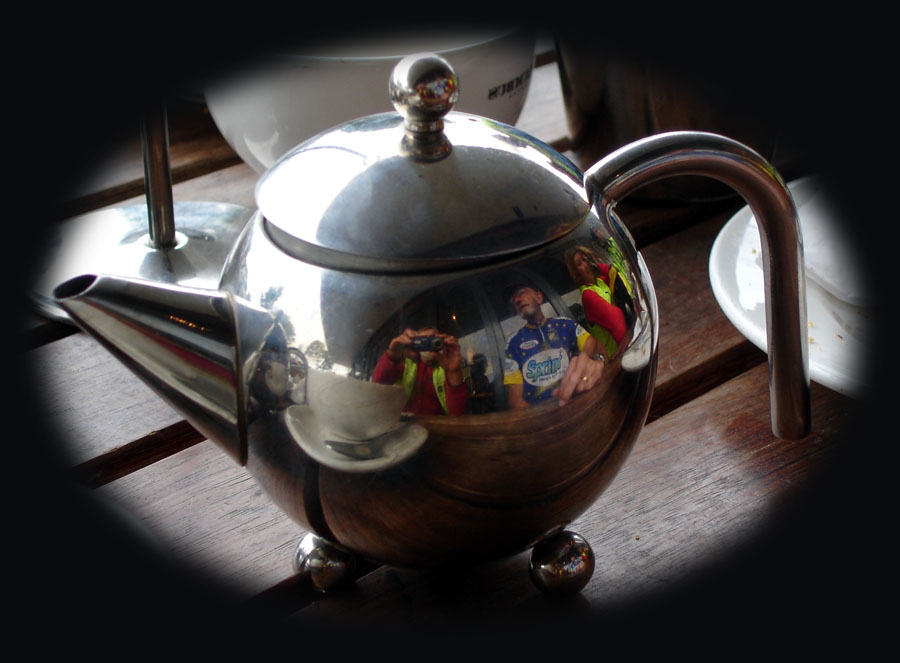 Denis found a nice alternative to riding along Birdwood Road.  This path took us alongside
the Waiomoko Stream. 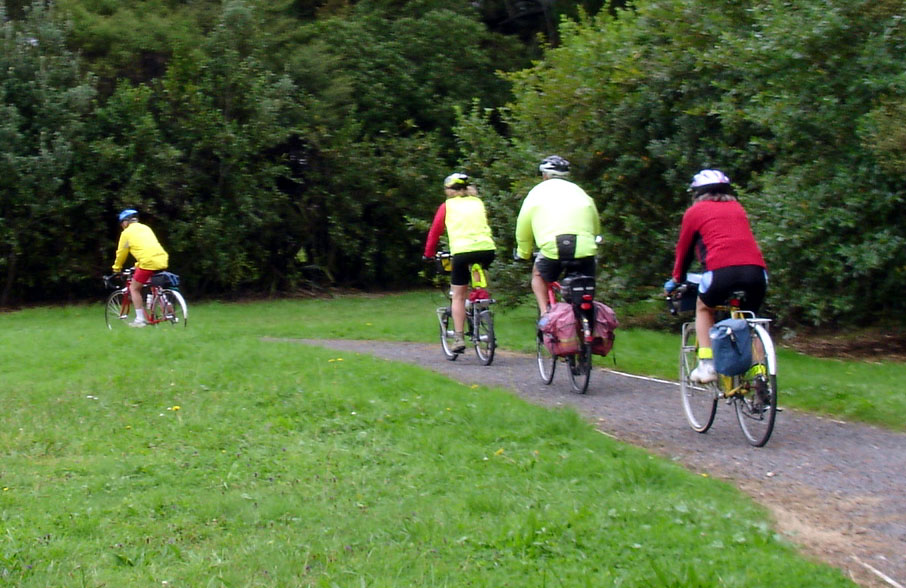 The last couple of hundred metres up beyond the Filter Plant to the railway
is along a lovely, bush clad gravel road. 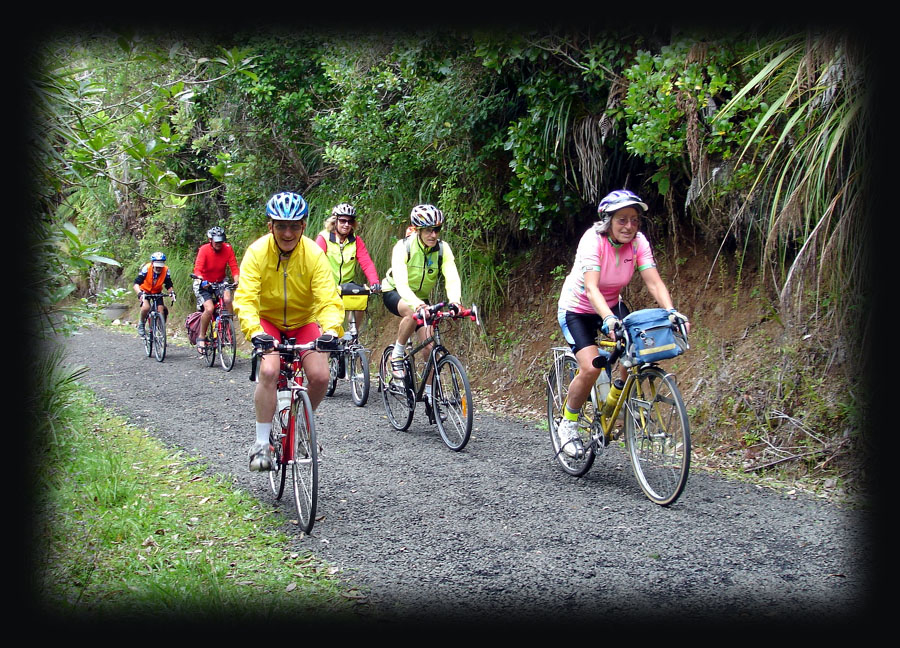 A train load of happy tourists are heading up to the tunnel and then to the Waitakere Dam.

They call the train  the Dam Tram.
Meanwhile, it's lunchtime for us. 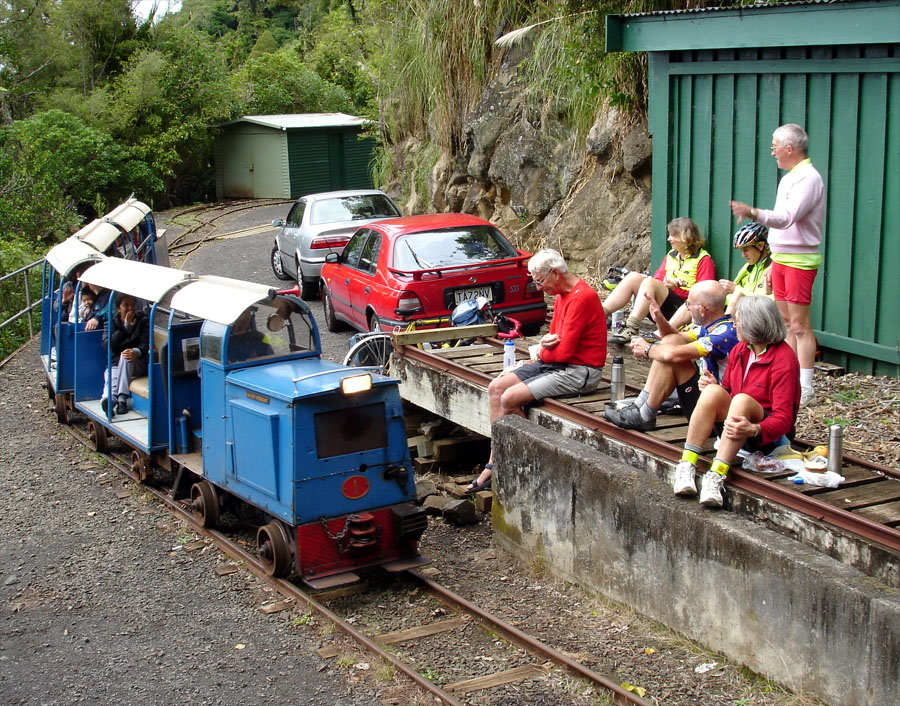 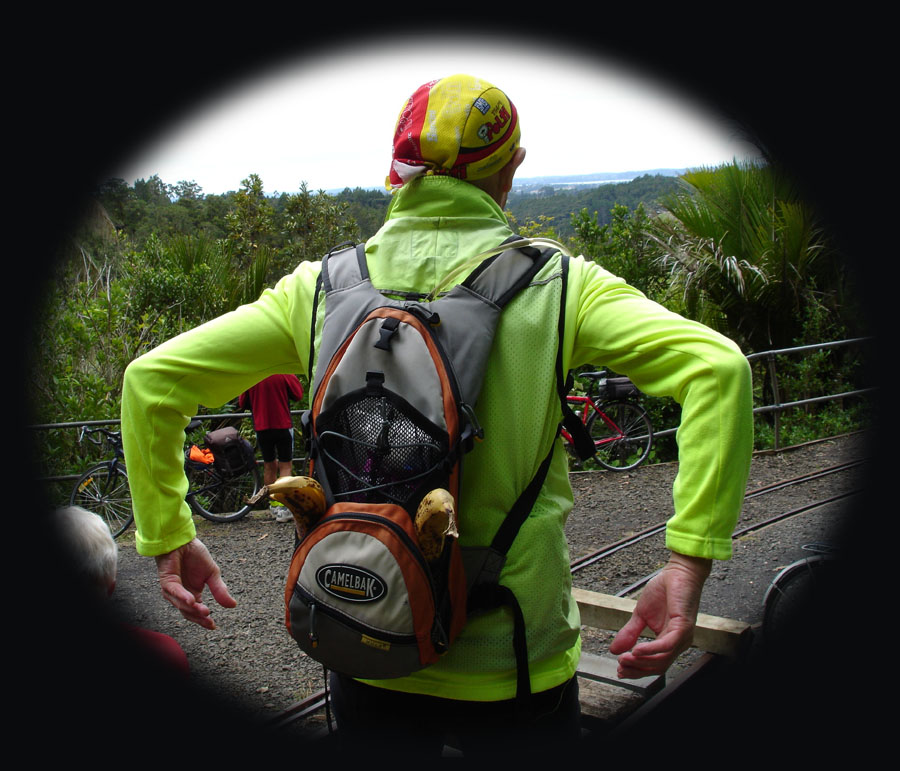 Hope he's not going to squish that cyclist in the back!!

We left Denis looking after the bikes while we took a short walk to look at the big Kauri.
Well   -   they were looking at the Kauri until they realised the papparazzi were there. 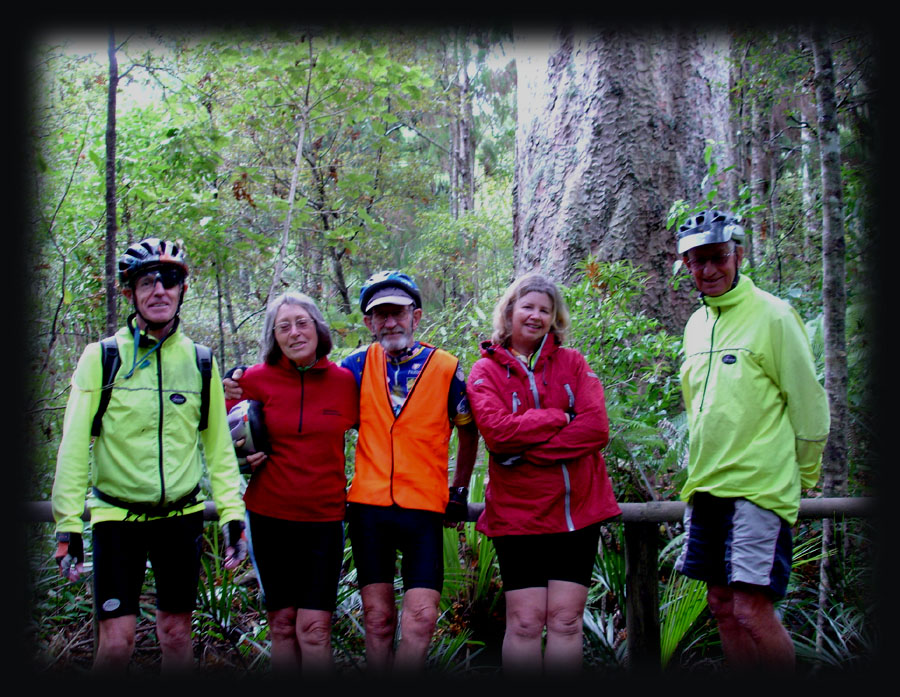 Coming down the bit of gravel on Drower Road, Denis decided we should have a short break -
so he arranged to get a puncture.
Looks like he was probably getting encouraging words while he fixed it. 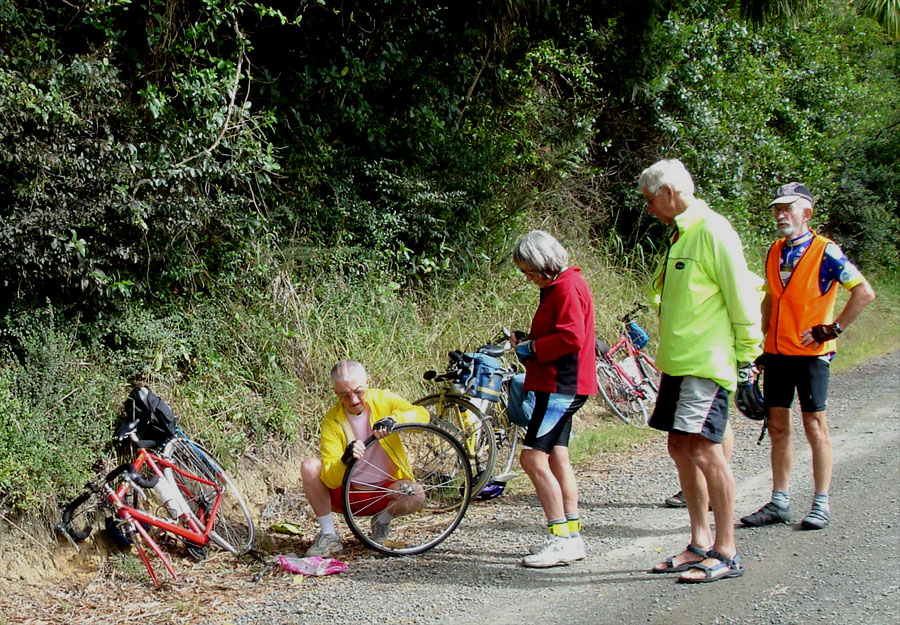 We did not have time to stop at this little bridge yesterday,
so we put it in today's shots. 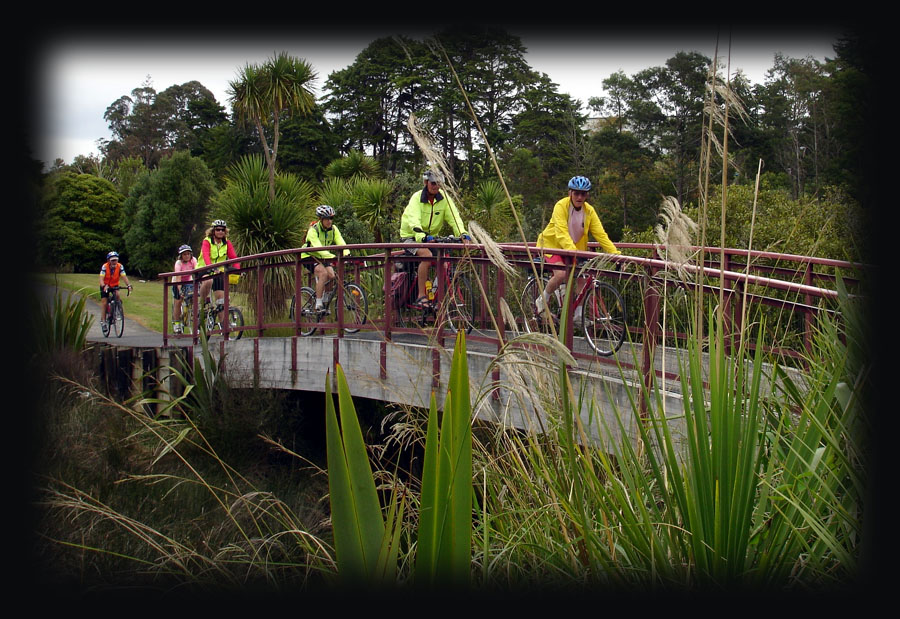 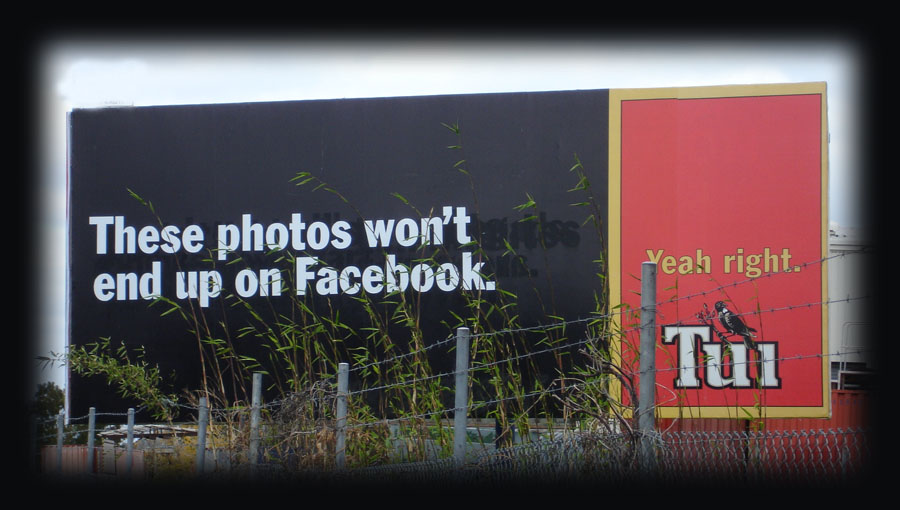 If you are looking at this in the Boss' time,  you probably should get back to work -
but only if you have finished looking at ACTA's web pages.