On 30 May, 1959 the Auckland Harbour Bridge opened to traffic.

It was supposed to have incorporated rail and walking / cycling facilities but these were dropped
because of "cost constraints."

Prior to the opening, the public was given the opportunity to walk across the Bridge, as they would
not be able to use it once traffic was allowed on.

Of course, "cost constraints" also meant the Bridge had only 4 traffic lanes. 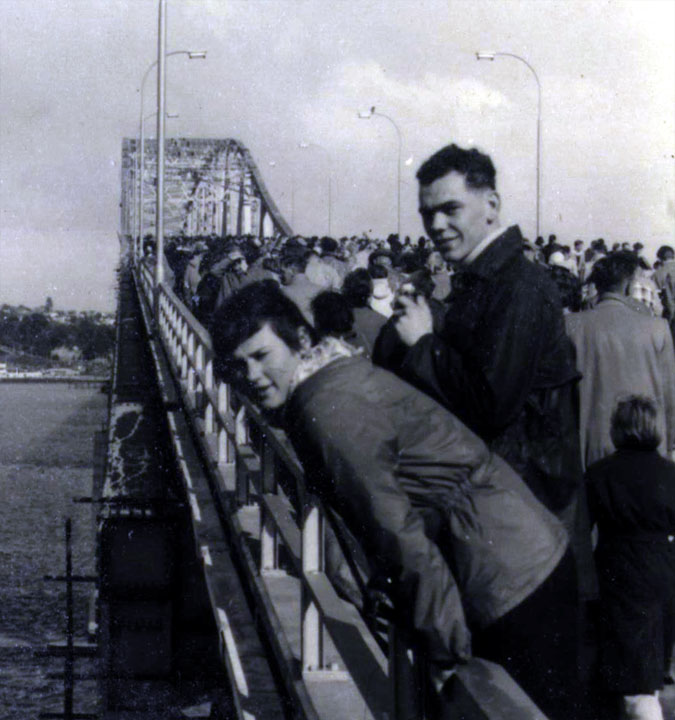 Aucklanders turned out in their thousands.

In recent years the GetAcross organisation has been mounting a campaign
to have walking/cycling facilities added to the Bridge.

As the NZRTA was going to do nothing to mark the 50th Anniversary of the
opening of the Bridge, GetAcross decided it would.

Today was the day.

It started with speeches to the converted.
The speeches were more in the way of being messages to NZRTA and the Government.

The Police lineup on the Curran St approach ramp.
This had been blocked for traffic access to the Bridge for quite some time.

Suddenly, it appears, a number of people slipped around the Police left flank and gained access. 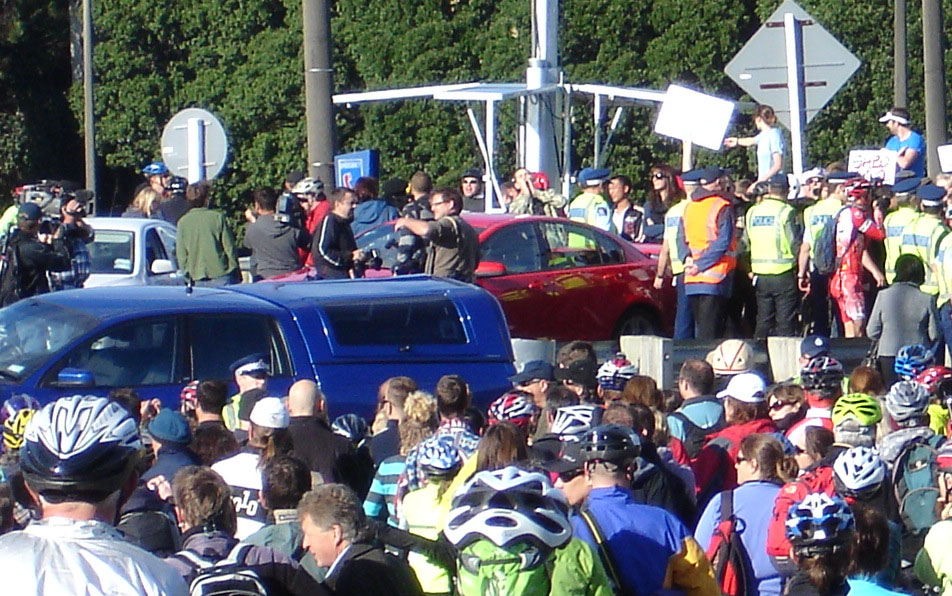 Then everybody was able to get on the Bridge, as the police blocked all northbound
vehicular access. 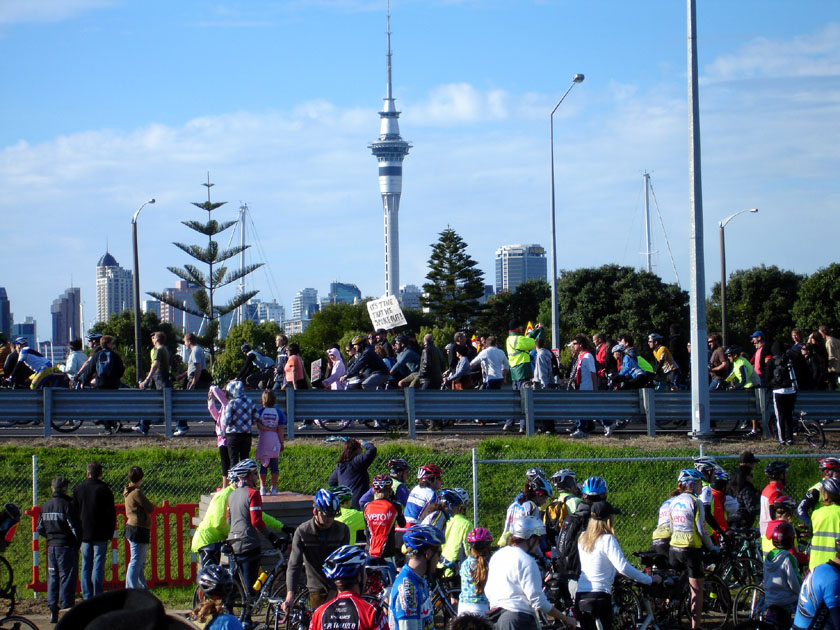 The bulk of the crowd heading up the Bridge.

The last of the stragglers.
Note the traffic coming from town held up. 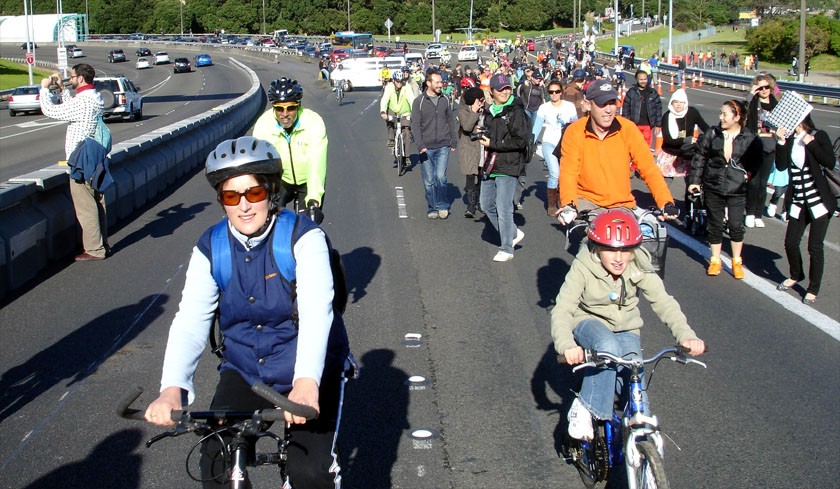 Going over the central span, we could not use the western clip-on.

It appears, in the eyes of NZRTA, that pedestrians and cyclists put a greater strain on the clip-on
than traffic travelling at up to 80km/h. 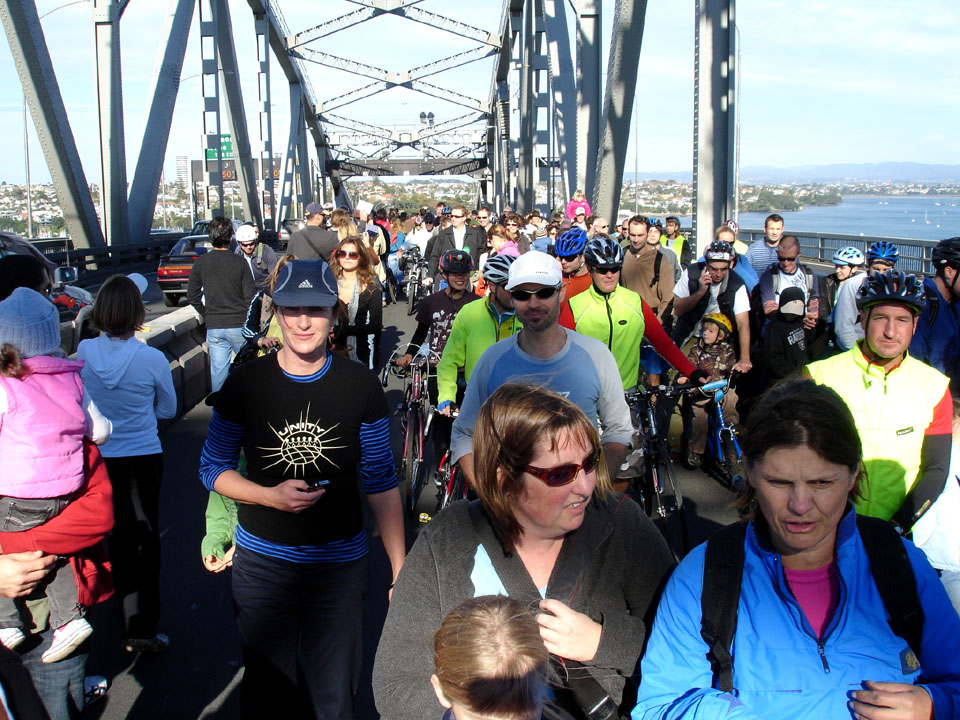 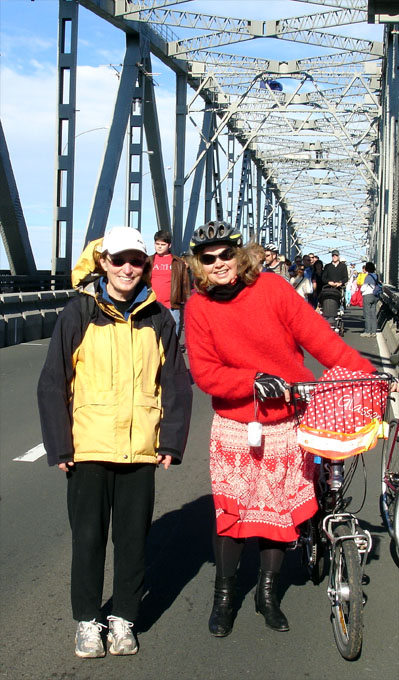 Once all of the crowd had been herded into the two central northbound lanes, the outside
northbound clip-on lane was opened briefly to let traffic cross.

Many of the walkers called out their apology for the delay.   And many of the vehicles tooted their support.

On the North Shore end of the Bridge the Police have started herding everyone back
to Westhaven. 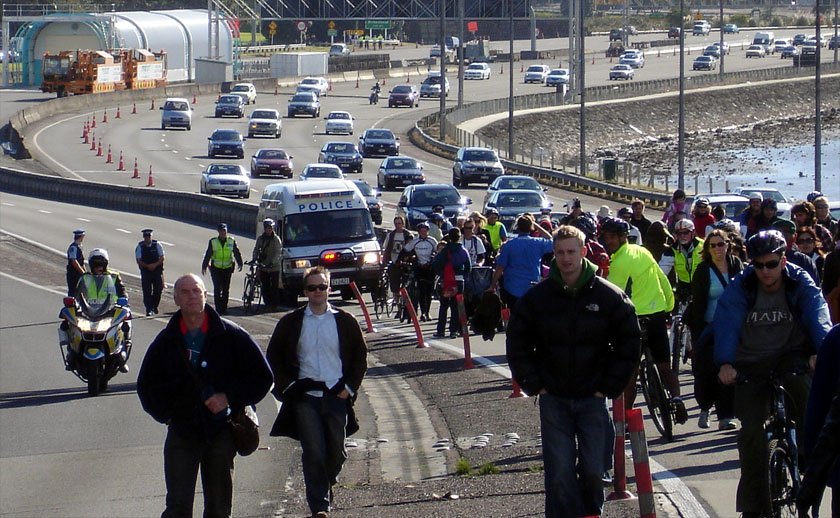 Traffic held up on the St Mary's Bay approach.

The last walkers being encouraged to keep on moving.

A great effort by the GetAcross and associated organisations,
and special thanks to Bevan Woodward, GetAcross' spokesman.